His Church. Our Experience.
Subscribe
HomeChristmasDid you know this about Christmas?
ChristmasThe Catholic Faith

Did you know this about Christmas? 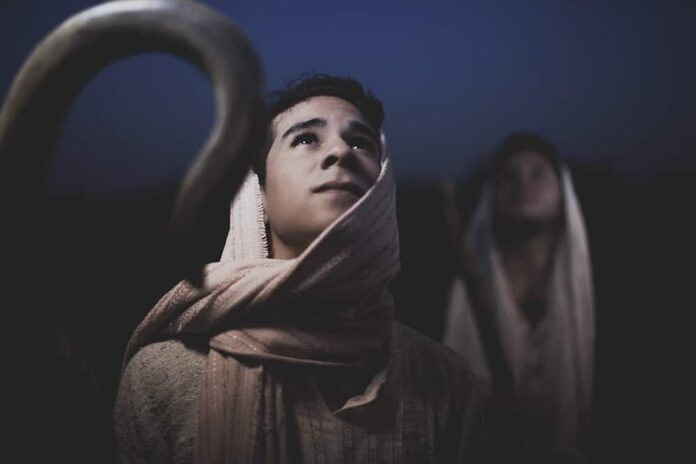 We all have questions about Christmas. Where did it come from? What’s the history? Why is it when it is? So, we did some research to come up with answers — or, better yet, more questions — in response to some common misconceptions about the most wonderful time of the year.

What does Christmas even mean?

The word “Christmas” is derived from the Middle English word Cristemasse, which comes from the Old English Cristes Maesse, a phrase which means “Christ’s Mass” and was first recorded in 1038.

Over time, it became easier for people to just say “Christmas.” And contrary to popular opinion, the even shorter version, Xmas, doesn’t take “Christ” out of Christmas — the “X” is actually the first letter of the Greek word for Christ (chi).

Not quite. In fact, the earliest reference to Christmas being celebrated on December 25 was by Hippolytus of Rome in his Commentary on the Book of Daniel in 204 A.D., which predates any mention of a celebration honoring the pagan god Sol Invictus.

It’s also worth noting that December 25 falls at the time when the ancient world celebrated the winter solstice, which historically has been important for agricultural reasons and therefore an opportune time for different celebrations and rituals by many different peoples and cultures of the era. So, different celebrations around that time were common — no one stole or appropriated anything!

So, why is Christmas celebrated on December 25?

Way back in the 5th century, Pope Leo I established the Feast of the Nativity to celebrate the mystery of the Incarnation. Now, this didn’t “create” the Feast Day — we know that many Christians had been celebrating Christmas for centuries before this, too. Rather, just like the dogmas or teachings of the Church on the Eucharist or the Communion of Saints, for example, this was not the invention of a new teaching but the formal articulation of something that was believed from the beginning — in some cases even predating the Bible!

So, why did he settle on this date? It actually goes back to a celebration from even earlier in history: Anno Mundi, the traditional celebration of the Creation of the World. While the date of this celebration was different across many ancient calendars, March 25 emerged as the date of its celebration because of its proximity to the spring equinox. Early Christians also adopted March 25th as the date of the Annunciation, the day when an angel announced to Mary that she was pregnant with Jesus, the savior of the world. How are these dates connected? Because both dates celebrate events when God entered the world: first through the act of Creation and again through the Incarnation. So, nine months after the celebration of this glorious conception, we celebrate Jesus Christ’s birth on Dec. 25. And, once again, that date also aligns with the winter solstice, which marks the time when the days began to grow longer. How fitting that the birth of Christ, the Light coming into the world, coincides with this day of more light.

There’s no way to empirically prove the exact year Jesus was really born. However, there are several curious facts surrounding the day of Dec. 25 that make a strong case that this day was indeed Jesus’ birthday. The first is the Star of Bethlehem, which modern-day astronomers have theorized to possibly be a series of extraordinary astronomical events — specifically, a triple conjunction of Jupiter, Venus, and the star Regulus, which they’ve dated to right around the time Jesus was supposed to have been born. The Wise Men — who were actually ancient astrologers — would certainly have paid attention to events like these and followed them closely, right to a little town called Bethlehem! The second detail that helps us date Jesus’ birth accurately is census data. The nativity story in the Gospel of Luke opens with mention of a census taken by Quirinius, the governor of Syria at the time. Historical records verify that a widespread census indeed occurred in 6 A.D., thus adding another layer of historical truth to the story of Jesus’ birth.

Last but not least, the consensus among the early Church Fathers seemed to be that Jesus was born sometime between 3 and 2 B.C. Further, the tradition maintained by several of the Church Fathers is that Jesus was indeed born on Dec. 25. As St. Hippolytus of Rome wrote in his Commentary on Daniel 4:23:3, “the first advent of Our Lord in the flesh, when he was born in Bethlehem, was eight days before the Kalends of January, the fourth day [i.e., Wednesday] … .” The Kalends was the first day of the month, and eight days before January 1st is December 25th. So, while it’s hard to definitively know the exact date of Jesus’ birth, the evidence provided based on historical records and early Church tradition safely points to December 25th as the birthday of Christ. But keep in mind: The actual date he was born is a matter of history, not doctrine. What matters is that he was born!

Is it true that Christmas used to be illegal?

Yes! Christianity itself was illegal across the Roman empire until the 4th century, and it wasn’t until the 6th century that Emperor Justinian declared Christmas to be a public holiday. But the history gets even crazier. In the United States, Puritans objected to the celebration of Christmas because they felt it to be too unbiblical and rooted in too much lewd partying.

Their disapproval went so far that Christmas was totally outlawed in Boston from 1659 until the ban was lifted in 1681. By the signing of the Declaration of Independence in 1776, the celebration of Christmas still was not widespread in the United States. As a matter of fact, even churches were closed during Christmas! Alabama was the first state to declare it a public holiday in 1836, and it wasn’t officially proclaimed a federal holiday until 1870. But today, the holiday is widespread and common — well over 85 percent of the U.S. population celebrates Christmas!

Keep the conversation going with your friends and family this Christmas season. Who knows? You — and they — might learn something new.