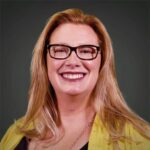 The COVID-19 pandemic forced organizations around the world to rapidly pivot directions and for the Archdiocese that meant adjusting to new circumstances, while maintaining its course to faithfully serve Northern Colorado.

The Archdiocese of Denver created a new website, covid.archden.org, to share the complete picture of all that has been accomplished under unique and uncertain circumstances.

“Necessity is the mother of invention” became an important axiom. The archdiocese stayed the course and ordained five new priests in May. Masses were livestreamed from at least 63 parishes — some providing it in two languages.  The Mass from the Cathedral Basilica of the Immaculate Conception has become one of the most widely watched Mass celebrations on YouTube with nearly a 100,000 views per week.

Groups like Centro San Juan Diego assisted more than 500 people in the Hispanic community and even started a support group for new moms. The Archdiocese’s more than 40 ministries needed to figure out how to continue to serve those in need, despite the pandemic.

To help make much of this happen, Colorado Catholics provided necessary and urgent support to the Archbishop’s Catholic Appeal that immediately turned around and gave the first $1 million in emergency funds to local parishes. But the need in 2020 continues.

Many Catholics have been inspired by the need created during COVID-19 to make sacrifices to help their brothers and sisters in faith, including Pam D. from St. Mary’s of Littleton, who decided to donate her government stimulus check to the Appeal.

“I have been so impressed with how the Archdiocese has thoughtfully provided Mass and served our community during this time, that when my check arrived, my first thought was to share it,” she said. “There were so many people suffering during these past few months and I realized my check could make a difference.”

To learn more about how the Archdiocese of Denver is assisting our communities and how you can help, visit archden.org/givenow or call 303-867-0614.

When a person is received into the Catholic Church, it conjures images of the prodigal son running to his father’s arms after being away for so long.

Usually, new Catholics are received into the Church on the most important day in the liturgical year, and consequently one of the most beautiful liturgies: The Easter Vigil. However, due to the COVID-19 pandemic, this year’s Easter Vigil Mass, when new faithful are baptized, confirmed and receive First Communion, was postponed until Pentecost, or in some cases, even later.

Even so, for the Archdiocese of Denver’s newest members of the Catholic Church, the day they were received into the Church made no difference. After all, they’re part of the family now.

’I always knew in my heart that I needed to find my way back to the Church.’

Growing up in Oklahoma, Jen Lempges was always exposed to the Catholic faith through her dad and her grandmother. However, her mom was Baptist, and together her parents decided that she would be raised in the Methodist church.

“Neither one of them wanted me to grow up the other religion because they weren’t willing to convert,” she told the Denver Catholic “So they kind of decided together that they would raise me Methodist.”

Lempges was baptized and grew up going to church every Sunday. She went to Christian summer camps and attended youth group. However, once she hit college, she became disconnected from the church.

“I think like a lot of kids, you go to college and you just kind of lose your faith,” she said. “You’re on to discover new things, and it just kind of falls to the backburner.”

After graduating from college, Lempges moved to Colorado, where she’s resided for the last six years. Upon moving here, she remained distant from the church. That all changed, though, when her grandma passed away a few years ago.

“When I moved here, a couple years later, my grandmother actually passed away,” Lemges said. “At that time, I just started dating a guy named Jake who is now actually my fiancé, and he’s Catholic. After going to my grandmother’s funeral and having that experience – of course, he went to the funeral with me – I just really kind of had this moment of, ‘you know what? I really am feeling drawn to go back to church. I’m really feeling like I’m missing something in my life.

“I think I always knew in my heart that I needed to somehow find my way back to the church.”

Jen Lempges was received into the Catholic Church on June 13, which was Blessed Sacrament’s celebration of the Feast of Corpus Christi – the parish’s feast day. (Photo provided)

After her grandmother’s funeral and as her relationship with Jake became more serious, they had the “religion talk.”

“There was never any pressure,” Lempges said. “It was never, ‘well, you have to be Catholic and we have to have a Catholic wedding.’ It all fell into place.”

They started exploring options for churches together and stumbled upon Blessed Sacrament Parish in Denver. Over time, it became clearer to Lempges that this was where she was supposed to be

“I really think it was just [Jake’s] experiences and the combination of having so much Catholic influence my entire life and having this experience at my grandmother’s death,” she said. “It all kind of blended together. It was not this ‘aha!’ epiphany moment. It was just slowly a desire to be pulled back to church. “

While going through RCIA at Blessed Sacrament, Lempges enjoyed getting the chance to dive into Sacred Scripture at a deeper level than ever before and then discussing it with a small group. She also enjoyed discovering the richness and history of the Catholic faith.

“That’s what I love so much about the Catholic faith, is there is truly a meaning for everything, and it’s been done like this or a variation of this for all of time, pretty much,” she said.

Lempges was received into the Church on June 13, which was Blessed Sacrament’s celebration of the Feast of Corpus Christi – the parish’s feast day.

’The Eucharist was the final drive. That’s what I wanted.’

Up until about two years ago, Cody Whiteside had no faith background whatsoever. However, as he describes it, “I just started to feel a call,” and he followed it.

Initially, that call led him to begin attending a nondenominational church. However, as a history major, he wanted to dig deeper.

“I’m really interested in the history of everything, so I was really looking into things and started to build up that faith,” Whiteside told the Denver Catholic. “And I just found that after doing some further research, the research led me to the Catholic Church.”

Cody Whiteside was received into the Catholic Church during the Pentecost Vigil Mass at St. Mary’s in Littleton. (Photo provided)

As he began exploring the Catholic faith and talking with his friends about what he’d been learning, he discovered that many of his friends were Catholic, which he previously didn’t know about them.

“I started to have conversations with them,” he said. “It started to come out that they were Catholic and we had these really deep conversations which helped me with that passion. I really just wanted to be a part of it.”

The thing he wanted most, however, was the Eucharist.

“The Eucharist was the final drive,” he said. “That’s what I wanted.”

Whiteside began to attend RCIA classes at St. Mary’s Parish in Littleton. As his and his classmates’ anticipation of being fully received into the Church at the Easter Vigil grew, the COVID-19 pandemic hit.

“Initially I was bummed because we were all looking forward to it,” he said. “But through this whole experience, you learn to be patient. And we actually were able to spend another month and a half basically learning more and spending time in prayer and just getting closer to it and building up to that anticipated moment.”

At long last, when Whiteside was finally received into the Church at the Pentecost Vigil and was able to receive the Eucharist for the first time, it was all worth the wait.

When Whiteside received the Eucharist for the first time, “It felt like everything paused for that moment,” he said. (Photo provided)

“I just had this overwhelming emotion come over me during the whole process,” he said. “Getting baptized and receiving the Eucharist, it just felt like everything paused for that moment. I don’t even know how long I was kneeling there and receiving it.”

Now, Whiteside feels like he is part of a “big family” that he feels supported by. Along the way, he experienced the power of praying the rosary and asking for Mary’s intercession, and he expects to have similar experiences in his new, lifelong journey as a Catholic.

“I’m just glad that I did it,” Whiteside concluded. “I’m glad that I was called to this journey. It’s going to be a lifelong formation and I’m looking forward to that.”