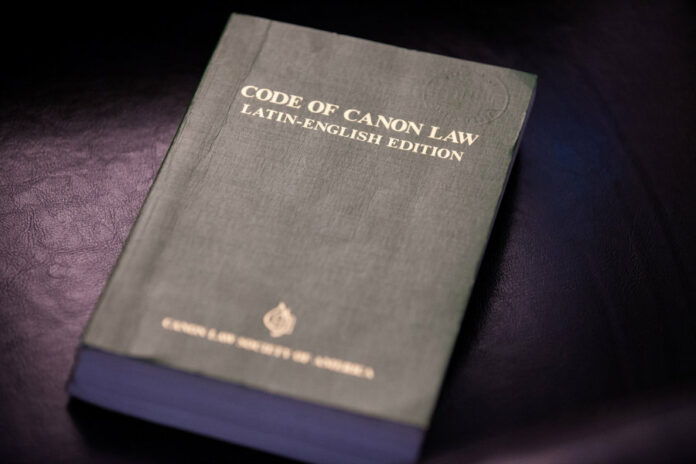 The Holy See released two legislative documents of Pope Francis, known as motu proprio, in which the Holy Father made significant changes to the marriage nullity (annulment) process and, thus, considerably modified Book VII, part III, Title I, Chapter I of the 1983 Code of Canon Law.

The two motu proprio, Mitis Iudex Dominus Iesus (The Lord Jesus, a meek judge) and Mitis et misericors Iesus (Jesus, meek and merciful) were signed by Pope Francis on August 15th and address the judicial procedures for marriage nullity cases in the Catholic Church, the Latin and Eastern Churches, respectively. These changes represent the culmination of a revision that began when Pope Francis established a commission to study improvements to the marriage nullity process. The commission was formed prior to the 2014 Extraordinary Synod of Bishops on the Family and reforming the marriage nullity process was a topic of discussion among the bishops attending the Synod.

In issuing new laws regarding how the Church investigates and declares marriage nullity, the Pope has maintained the judicial nature of the marriage nullity process so as to defend “to the highest degree the truth of the sacred bond,” and thus reaffirmed the indissolubility of marriage. In his introduction to Mitis Iudex Dominus Iesus, the Holy Father stated that, he has decided not to “favor the granting of the nullity of marriage”, but the speed of the process for the benefit of those who seek to clarify their marital status and who may be distant from the Church.

These procedural changes are aimed, also, at amplifying the role of the local bishop, as the first judge in his diocese.

With this in mind, the Pope has introduced a new abbreviated form of the marriage nullity investigations whereby local bishops personally decide whether a marriage was invalid. This streamlined process may be employed when both parties mutually consent to the petition for nullity and the nullity of the marriage is “manifest”.

While the new procedural norms offer some examples on when and how to use this abbreviated process, it is yet unclear how often it actually will be applicable. The Judicial Vicar of the Archdiocese of Denver, Very Rev. Giovanni Capucci, has already established a commission to study these new procedures to be implemented by December 8th, 2015. It is clear, however, that the bishop can issue a declaration of nullity, after the abbreviated process, only when he reaches moral certainty that the marriage was invalid; otherwise, he must begin a lengthier investigation according to the ordinary formal process, to which tribunals are accustomed already.

Pope Francis acknowledged some dangers associated with the new abbreviated process inasmuch as it “might put the principle of indissolubility of marriage at risk,” but explained,  “[ . . .] because of this I have desired that in such cases the Bishop himself shall be constituted judge, who, by force of his pastoral office is with Peter the greatest guarantor of Catholic unity in faith and in discipline.”  Before reaching a judgment, the bishop will be assisted by other tribunal officials, especially, the Defender of the Bond, whose responsibility is to present any reasonable arguments supporting the validity of the marriage.

Judges trained in canon law will continue to render decisions in marriage cases when the abbreviated process cannot be used. In such cases, lay persons now will be permitted to constitute a majority of a three-judge panel or court.

In addition, the Holy Father has eliminated the automatic review needed after a decision in favor of nullity has been reached for the first time (first instance).  With Pope Francis’ new changes only one judgment will be needed for the declaration of nullity to take effect.  As before, the possibility of appeal to a higher tribunal remains, even the Tribunal of the Roman Rota.

Finally, Pope Francis has declared that the marriage nullity process, whenever possible and save for the ‘just compensation for those who work in this process’ should be free of charge.  Although many dioceses already fully subsidize their tribunals, the Holy Father emphasized the universal importance of it as a demonstration of Christ’s gratuitous love and the Church as a generous mother.

Consistent with canon law, the new laws do not take effect immediately but, as the Holy Father has established, on December 8, 2015. In the meantime, tribunals and bishops will be studying the changes and adapting to them.