Denver’s ‘Angel of Charity’ on road to sainthood 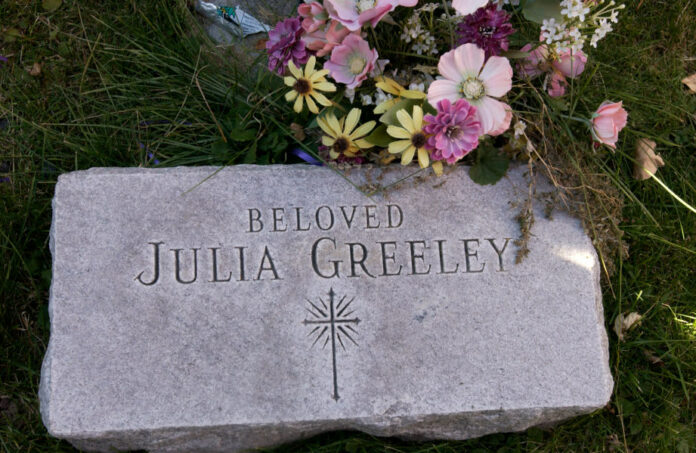 A freed slave, a servant, and perhaps one day a saint – Julia Greeley was not your average Denverite, according to her biographer, Capuchin Friar Father Blaine Burkey.

“People have been saying ever since she died that she ought to be canonized,” he told the Denver Catholic.

On Dec. 18, Archbishop Samuel J. Aquila will preside over a special Mass opening the cause for the canonization of Julia Greeley, a woman who lived in Denver at the turn of the century and garnered a reputation for serving the poor, marginalized and struggling within the city, earning her the moniker “Angel of Charity.” She was known for hauling food, clothes and other charitable goods around in a red wagon and handing them out to those in need.

Though she was born in Missouri, Greeley spent most of her adult life in Denver and was well-loved by the community. Although she died almost 100 years ago, the memory and example of her charity endures to this day, such that she was designated the Archdiocese of Denver’s Model of Mercy for the Jubilee Year of Mercy. Among those who are captivated by her witness to the Gospel is Father Burkey.

“One thing that really stands out was she was a slave, and she was treated very badly by her slave master. She was also treated badly by various other people, but she never let that stand in her way,” Father Burkey said of Greeley. “She spent her whole life taking care of people, some of whom probably weren’t as poor as she was.”

Father Burkey, who will turn 82 this month, became fascinated with Greeley when he moved to Denver some years ago, and has dedicated the past five years of his life to retracing her life and times and telling her story. Greeley could not read or write, and that which has been written about her is sparse. Still, Father Burkey persisted in researching her, relentlessly digging through old books, newspapers and even scraps of notes for the better part of a year.

“There was a hodge-podge of stuff, it was like putting a jigsaw puzzle back together,” he said.

His findings were compiled into a book called, In Secret Service of the Sacred Heart: The Life and Virtues of Julia Greeley. To date, the Capuchin friar’s book is the most thorough and complete work available on Greeley’s life. Father Burkey has led several tours around Denver retracing important places associated with Julia Greeley’s life, including her gravesite at Mount Olivet Cemetery and Sacred Heart Parish, where she was a daily communicant.

Greeley’s steadfast devotion to the Sacred Heart and her hunger for the Eucharist were some of her most virtuous qualities, Father Burkey told the Denver Catholic.

“She fasted all morning. Even after she went to communion, people said, ‘Why don’t you come have breakfast?’ and she said, ‘Communion’s my breakfast,’” Father Burkey said.

Father Burkey isn’t the only one who holds this opinion; in fact, two days after Greeley’s funeral in 1918, the Denver Catholic Register ran a front page article written by Matthew Smith (who later become a priest and one of the Register’s most celebrated editors) in which he wrote, “Her life reads like that of a canonized saint.” Little did Monsignor Smith know just how providential these words would be.

“She fasted all morning. Even after she went to communion, people said, ‘Why don’t you come have breakfast?’ and she said, ‘Communion’s my breakfast.’”

On Nov. 14, at the annual gathering of the United States Conference of Catholic Bishops in Baltimore, Archbishop Aquila presented the case for Greeley’s potential sainthood. The bishops voted unanimously to allow the archdiocese to proceed with the process of investigating her life and virtues.

As exciting as it is that Greeley’s cause will be opened Dec. 18, the process of canonization can take years, according to Dave Uebbing, Chancellor of the Archdiocese of Denver and vice-postulator for Greeley’s cause. He is tasked with promoting her cause locally on behalf of Julia’s Rome-based postulator, Dr. Waldery Hilgeman.

A tribunal and historical commission will be appointed to her cause to investigate her life and uncover any information about her that hasn’t already been discovered. The investigations conducted by these two commissions are key to establishing whether or not Julia’s reputation of holiness is well-founded.

“The commission will examine her virtues, her reputation of holiness and uncover evidence for or against that,” Uebbing explained.

Part of the process will also involve exhuming Greeley’s body to determine what condition it is in and officially verify that the archdiocese is in possession of her body.

Another important part of the canonization process is determining if any miracles associated with Greeley have occurred as a result of intercessory prayers through her. They can either be medical miracles or other supernatural occurrences. In order for a person to be named a saint, the Church typically requires two miracles to be associated with him or her.

“If any miracles or alleged miracles are uncovered in the process, those would have to be investigated,” Uebbing added.

The Julia Greeley Guild, headed by Mary Leisring, has been working to spread awareness of Julia Greeley since 2011. They meet monthly at Cure d’Ars Parish and update their members through a monthly newsletter called the “Lil’ Red Wagon.”

In 2012, Bishop James D. Conley approved an intercessory prayer to Julia Greeley, and Leisring is encouraging the faithful to pray the prayer and report any instances of possible miracles via the guild’s website (juliagreeley.org). She hopes that the guild’s membership will increase as a result of Greeley’s cause being opened.

As the director of Black Catholic ministry for the archdiocese, Greeley holds a special place in Leisring’s heart, and she is thrilled at the possibility of her one day being named a saint.

“She’s a model for me. The year of mercy was perfect for her because she always showed mercy,” Leisring said. “We’re all called to be saints, and it just goes to show that an ordinary person can become extraordinary. For some of us, she’s already a saint.”

Heavenly Father, your servant Julia Greeley dedicated her life to honoring the Sacred Heart of your Son, and to the humble service of your children, especially the poor.

If it be in accordance with your holy will, please grant this favor I now ask through her intercession, ________.

I also ask, in the Name of Jesus, whose Sacred Heart filled Julia’s heart with love for all she met, that I may follow her example of humility and simplicity in loving you and my neighbor. Amen