His Church. Our Experience.
Subscribe
HomeLocalDenver to welcome Communion and Liberation sisters
Local 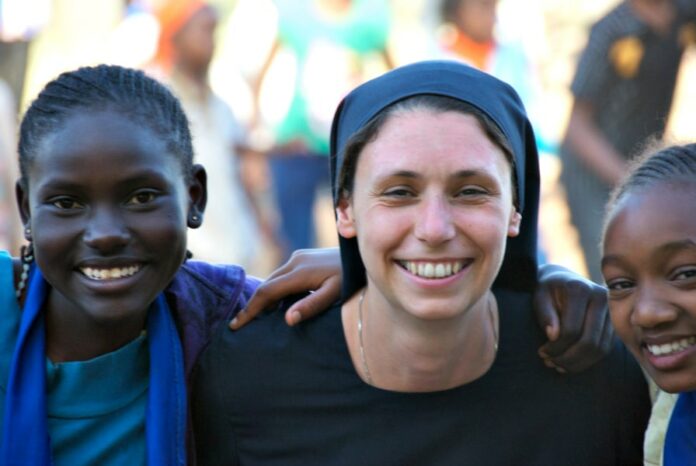 The Missionaries of St. Charles Borromeo will join Denver’s hub for the new evangelization when they arrive this summer.

The sisters, whose charism follows the Communion and Liberation movement, will live in Broomfield and serve at Nativity of Our Lord Parish starting in August. Their convent will be the first their community establishes in the United States.

“They gave a lot of thought to where they’d open this next house,” Father Michael Carvill, of the Priestly Fraternity of the Missionaries of St. Charles Borromeo, said about the sisters coming to his parish, Nativity. “I’m very honored to have them.”

He said the two sisters, Sister Elena Rondelli, the superior, and Sister Maria Anna Sangiorgio, will live in a convent belonging to the parish and serve as pastoral associates. The Italian sisters will assist with aspects of parish life including eucharistic adoration, working with youth and visiting the sick and homebound.

“They’re going to start their mission by serving Nativity Parish,” Father Carvill said. “Then they’ll do what the Lord will open up to them.”

The order’s announcement came at the same time the Sisters of Life  announced plans to arrive in Denver in August to begin a mission.

“The arrival of two new religious orders to the Archdiocese of Denver during the Year for Consecrated Life is a great blessing for the faithful of northern Colorado,” Archbishop Samuel Aquila said. “It is evident that God has a clear plan for these two young orders of sisters here in the archdiocese, and we are more than willing to assist them in any way.”

The archbishop dedicated the religious communities to Mary.

“I give thanks in a special way to Our mother Mary for bringing these two vibrant communities to the archdiocese,” he said. “I place both communities in her hands and commend them to her protection and guidance.”

The missionary sisters can trace their roots to 2004 when Rachele Paiusco was moved by an encounter with the Priestly Fraternity of the Missionaries of Saint Charles Borromeo. She desired to live their life and ideals. Over time a small community of women formed.

Communion and Liberation is “a movement in the Church which has the purpose of forming its members in Christianity in order to make them co-workers in the Church’s mission in all areas of society,” according to its website.

“We don’t have any particular spirituality,” Father Carvill explained. “We live the whole of the Church. But it’s identified by its intentional living of the Christian life.”

The missionary sisters will work with the priestly fraternity to serve the local Church.

Find out more about the Missionaries of St. Charles Borromeo.