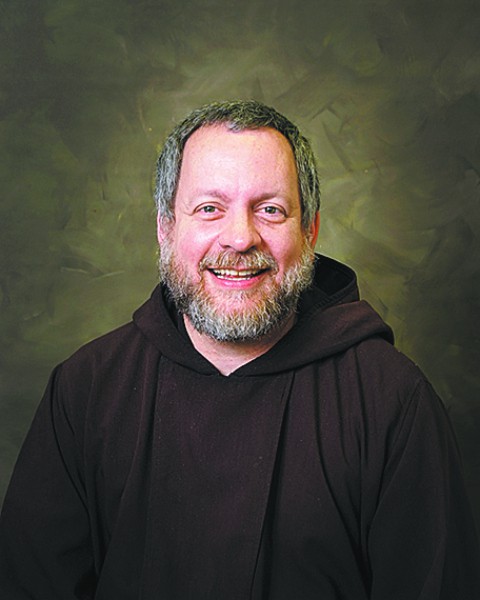 Father Songy, 54, a clinical psychologist with a wealth of seminary formation and counseling experience in both Denver and in Rome, will start his new position at St. Luke Institute in Silver Spring, Md., on Jan. 1, 2015.

“We are thrilled to have a priest-psychologist who has such a depth of experience and commitment to the wellness of our priests and religious,” St. Luke president Msgr. Stephen J. Rossetti, told the Denver Catholic Register. “We look forward to him becoming part of the St. Luke’s team.”

Father Songy, a Capuchin Franciscan priest of 27 years, has served in his current role at Redemptoris Mater since 2011. He is a member of his Provincial Council and also serves the Mid-America Province as formation director and safe environment coordinator. He was director of counseling services at Pontifical North American College in Rome from 2007-2010 and held several positions, including director of formation and chair of the pastoral department, at St. John Vianney Theological Seminary in Denver, from 1999-2007.

He speaks Italian, Spanish and Tok Pisin, the language of Papua New Guinea where he served as a missionary from 1987-1994.

Born in New Orleans, he lived in Louisiana until age 11 when his family moved to Denver.

Father Songy described his new position as “a dream come true” for the opportunity to integrate psychological and spiritual treatment with the Gospel in a holistic manner.

“Caring for the spiritual and psychological needs of seminarians, priests and religious has always been a privilege,” Father Songy said.

The St. Luke Institute offers three areas of service: consultation for leadership, residential and outpatient treatment, and education and research. It treats priests and religious struggling with a variety of issues including anxiety, addictions, depression, substance abuse, boundary issues, interpersonal problems, sexual issues or other challenges.

Father Songy will guide the strategic direction of the institute and of the St. Luke Network, which has programs in the United States, the United Kingdom, South Africa and online formation education.

Father Songy has given workshops on formation in priestly celibacy, cybersex addiction, depression and the integration of psychological and spiritual treatment.

Redemptoris Mater rector Father Tobias Rodriguez said Father Songy’s ministry has been “invaluable” to him and the seminary.

“With an outstanding educational background and his ample experience in seminary formation … his exceptional human and professional qualities are demonstrated by the wisdom with which he has performed his duties,” Father Rodriguez said. “At the same time he has continued to help his Capuchin province and other seminaries in the United States and worldwide. … Whomever replaces him will have big shoes to fill.”

Although he hates to leave Denver, Father Songy is looking forward to working at the institute, which is respected for its top-notch professionals and quality treatment.

“It will be one of the bigger challenges I’ve faced,” he said, “and part of me is in awe.”