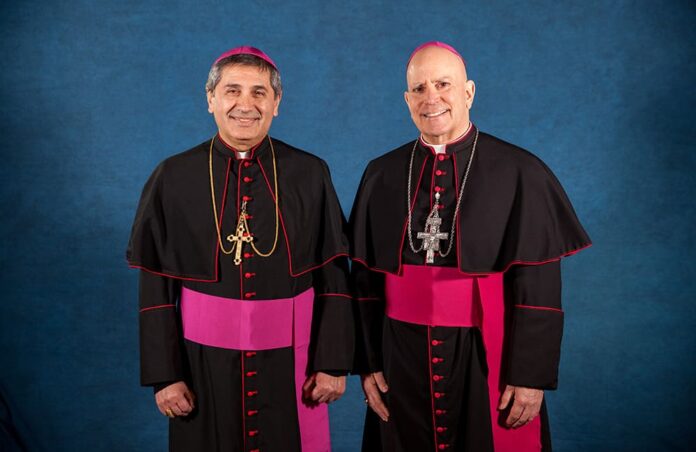 World Day of Immigrants and Refugees

Beloved Brothers and Sisters in Christ,

In a few weeks all Coloradans will vote to elect the next president and whether to pass or reject various initiatives. Proposition 115 is one such initiative, which seeks to prohibit abortions after 22 weeks of pregnancy, except in serious and rare cases which endanger the life of the mother.

As of today, Colorado is one of only seven states in the United States that allows the killing of a child up until the moment of birth. More than forty states have restricted or banned abortions after 20 weeks of pregnancy altogether.

Statistics show that 64% of children can survive even at 22 weeks’ gestation. By 22 weeks a child in his mother’s womb can feel, wake up, suck his thumb, move his eyes and react to external influences. Abortion is, and always will be a crime and a sin that cries out to heaven.

Archbishop Aquila has always promoted a culture of life and the Bishops of Colorado have written a letter in support ofProposition 115 saying, “We, the bishops of Colorado, implore Coloradans– especially the Catholic faithful- to vote for the late-term abortion ban during the November elections.”

Planned Parenthood (one of the largest abortion providers in the nation), institutions of all sorts, and even a coalition of130 pastors and non-Catholic religious leaders in Colorado have signed a letter against Proposition 115. Great amounts of money have been invested in this campaign, to promote murder of unborn children under the false disguise of”women’s rights.” Their arguments are misleading and can never justify the murder of children in their mother’s womb.

In contrast, more than 130 doctors and scientists in Colorado wrote a letter in favor of Proposition 115: “As Healthcare professionals we are totally aware of the science of human development. The humanity of a 22-week fetus is apparent to each of us. There can be no doubt that the 22-week fetus is fully alive and fully human.”

The sacredness of life is in God’s heart. The fifth commandment, “Thou shall not kill,” also applies to children within their mother’s womb. They are vulnerable and helpless creatures who must be protected by mothers and society, by us. “For you drew me forth.from the womb, made me safe at my mother’s breasts. Upon you I was thrust from the womb; since my mother bore me you are my God” (Psalm 22:10-11). From within their mother’s womb, children ask God for their lives. God asks you today to protect His most delicate and helpless children. Voting against or voting for Proposition 115 would be a great sin, at least, a sin of omission which would make you complicit in a massacre of innocent lives.

The Church teaches that “Human life must be absolutely respected and protected from the moment of conception. From the first moment of one’s existence, human beings must see the rights of the person recognized, among which is the inviolable right of every innocent being to life (CCC 2270). And it also reminds us that since the first century Christians have denounced the moral evil of abortion: “You will not kill the embryo by abortion, you will not kill the newborn” (CCC 2271).

The Hispanic community is a Pro-life community. Life, children and family are the great values and treasures of our culture and people. This is how we live, so we bring it with us to the United States. Thus, we hope to pass these values on to our children. By voting for Proposition 115, we are given an opportunity to speak as Hispanics and as Pro-Life Catholics. It is worrying, however, as pointed out in a recent survey conducted by the Pew Research Center, that Hispanic priorities this November are centered around the economy, health and the coronavirus; and in a distant twelfth place: abortion. I am concerned that, according to this survey, the question of life will not appear as an absolute priority. Let us not allow propaganda, social media and the promoters of the Culture of Death destroy that richness of our faith and our Hispanic tradition: We are and will be a people for Life.

Rest assured that your “Yes” to Proposition 115 will have innumerable consequences for the lives of many children who, within their mother’s womb, count on you for life. May the intercession of our Lady of Guadalupe, “Mother of the true God for whom we live,” help our Hispanic community remain a people who love life, protect and celebrate it from the very moment of conception.