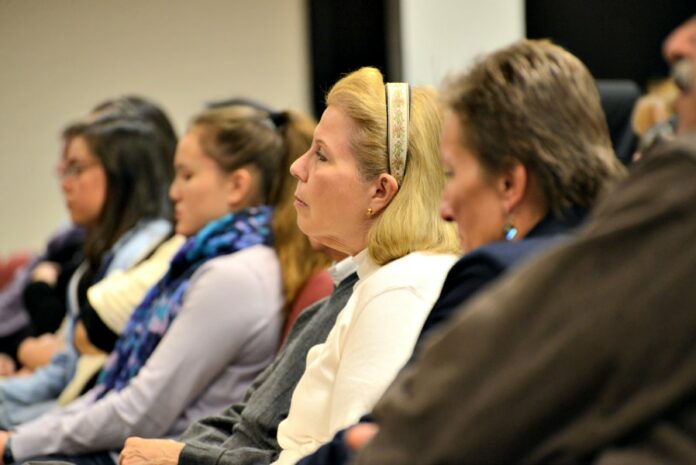 After two Colorado lawmakers announced plans to bring the physician-assisted suicide debate to the Capitol next year, Archbishop Samuel Aquila warned legalization would lead to a more self-centered, “throwaway” culture.

“When the weak and suffering are removed from a society, opportunities for loving, sacrificing and caring for those in need decrease and society becomes more self-centered,” the archbishop told a crowd at a Denver Catholic Medical Association meeting last week. “To use an analogy: our charitable muscles atrophy when suffering is seen as something to be avoided at all costs. A culture that shuns the sick and suffering becomes even more of a ‘throwaway culture’ that Pope Francis consistently warns us about.”

His comments came on the heels of local reports that Democratic Reps. Joann Ginal of Fort Collins and Lois Court of Denver are drafting a bill to pass physician-assisted suicide.

The legislators are working with Compassion and Choices (formerly the Hemlock Society), the same group that publicized the story of 29-year-old Brittany Maynard, who suffered terminal brain cancer and ended her life Nov. 1 under Oregon’s Death with Dignity law. Oregon is one of five states that permit physician-assisted suicide.

Pope Francis addressed the moral dilemmas at a meeting of Italian Catholic doctors this month.

He called assisted suicide a “false compassion” and urged doctors and faithful to act as Good Samaritans and care for the elderly, infirm and disabled with a respect for their dignity, even when against the current of modern society.

“In fact,” the pope stated, “in the light of faith and right reason, human life is always sacred and always ‘of quality.’ There is no human life that is more sacred than another—every human life is sacred.”

Locally, the Colorado Catholic Conference responded by saying it would fight efforts to pass a state bill.

“As Catholics, we believe that all life is precious, and God, as life’s author, has sovereignty over it,” said the conference’s executive director Jenny Kraska. “Even for people without religious faith, however, the logic behind physician-assisted suicide should be deeply troubling.”

Advocates of assisted suicide propose it’s a matter of personal choice, a way for the terminally ill to end their suffering in a way that does not impact others.

But Archbishop Aquila said, “We do not live in a moral and spiritual vacuum. Our actions have concrete consequences for ourselves and others.”

He called on faithful to show mercy and compassion when those with a terminal illness face the temptation to become the victim of their suffering.

The antidote, the archbishop said, is to show suffering has meaning.

“It is an act of mercy to help those who are suffering to know and experience that it has a purpose,” he said. “People need meaning. They need to hear that their suffering has meaning and truth, and has been redeemed by Christ and that it can give birth to their own eternal life.”

He added that St. John Paul II’s last months of life provide an example of persevering and enduring suffering.

The late pontiff addressed the topic himself in his 1984 apostolic letter Salvifici Doloris.

“Suffering as it were contains a special call to the virtue which man must exercise on his own part. And this is the virtue of perseverance in bearing whatever disturbs and causes harm,” the pope wrote. “In doing this, the individual unleashes hope, which maintains in him the conviction that suffering will not get the better of him, that it will not deprive him of his dignity as a human being, a dignity linked to awareness of the meaning of life.”

Archbishop Aquila also encouraged faithful to bring the truth back into the public debate and unleash love in society.

“This unleashing of love within our families, medical practices, churches and society is the antidote to physician-assisted suicide,” the archbishop said. “Physician-assisted suicide will become more accepted in our culture to the degree that society becomes more closed off to selfless acts of love and more focused on self-centered living. It seems to me that we are standing at a crossroads.”