His Church. Our Experience.
Subscribe
HomeLocalDeacon William McClellan led a fruitful life of service and ministry to...
LocalObituaries 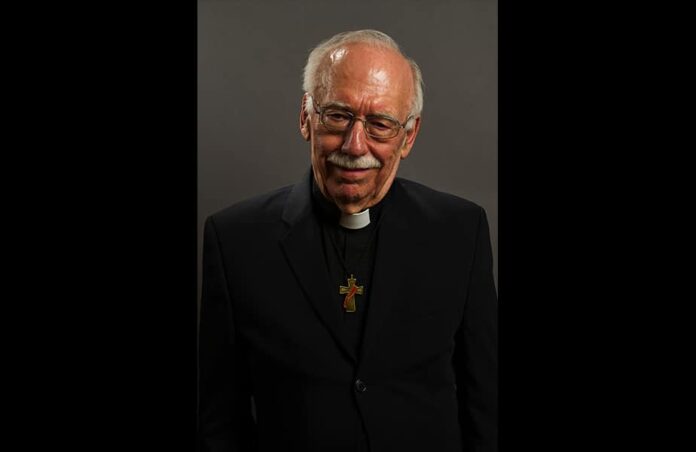 Deacon  William (Bill) McClellan passed away July 8 at the age of 86.  Ordained in Peoria, Ill., he was incardinated into the Archdiocese of Denver in 1992, where he spent much of his ministry at St. John XXIII Parish in Ft. Collins.

William Monson McClellan was born on Jan. 7, 1934 to James and Ruth McClellan in Worchester, Mass. He spent his childhood years in the nearby town of Groton, Mass. After leaving Massachusetts, he attended Colorado College where he received his master’s degree in Music History.  While in College, he met and married his future wife, Jane Muir.  They were married on Sept. 3, 1955 and spent 64 years together as husband and wife.  The couple has four wonderful daughters; Jennifer, Anne, Meg, and Amy.  They were also blessed with seven grandchildren and three great-grandchildren.

On May 9,1992, Deacon McClellan was ordained to the diaconate by Bishop John Myers at St. Mary’s Cathedral in Peoria.  He served at St. Patrick’s Parish in Urbana, Ill. for 10 years.  Then, in 2002, Deacon McClellan moved his family and settled down in Ft. Collins, where he served at then Blessed John XXIII Parish.  Incardinated into the Archdiocese of Denver in 2004, Deacon Bill remained at St. John XXIII beyond his retirement in 2011.

While in Illinois, Deacon McClellan was instrumental in the Cursillo movement and in the “Christ Renews His Parish” program.  He also ministered extensively at a homeless shelter and soup kitchen in Urbana.  In Ft. Collins, he was part of a core group that established the L’Arche House for the mentally handicapped.  He also was the coordinator for building the parish library for St. John XXIII.

“Deacon Bill loved ministering to those whom some considered disabled and marginalized,” said Deacon Joseph Donohoe, Director of Deacon Personnel, “He lifted their spirits with a special talent that speaks from the heart of a Deacon.”

The Mass of Christian Funerals was celebrated by Archbishop Samuel J. Aquila at St. Joseph Parish in Ft. Collins on July 15.  His burial was conducted in a private family ceremony at Grandview Cemetery in Ft. Collins.