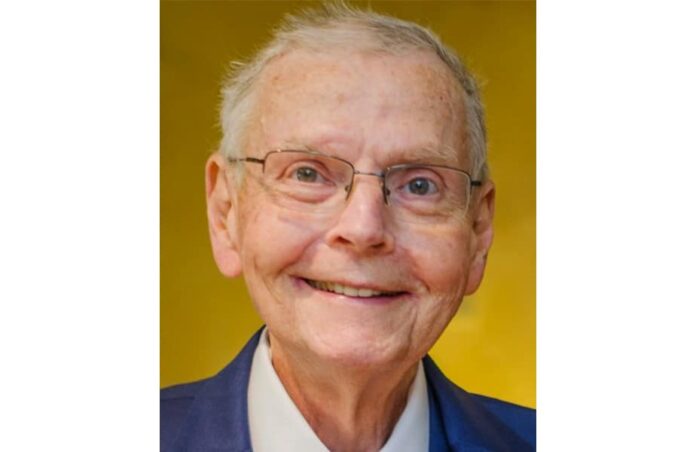 Deacon Richard Martin passed away peacefully on September 27, 2020 surrounded by his family. He was 72 years old.  Deacon Martin was assigned to Our Lady of Loreto and then was transferred to Dayton, Ohio in 2003.

Richard William Martin was born on February 26, 1948 to Richard and Helen Martin in Columbus, Ohio.  The oldest of six children, he spent his childhood years going to Catholic school at the nearby parish of St. Mary Magdalene and then Bishop Ready High School. His father owned a sheet metal shop and his mother worked as a nurse. He left for Ohio State University in 1966 and with persistence, he graduated from Regis University in Colorado Springs.  In 1967, Martin enlisted in the Air Force and was stationed at Whitman AFB, Missouri and then Korea.

On January 2, 1971, he returned from his duty station in Germany and went to Columbus, Ohio to marry Janet Tejeda. They were married at St. Aloysius Parish in Columbus. Richard and Jan have three children; Jerry, Eric and Rebecca.

After various assignments around the globe, the family settled in Colorado Springs, Richard’s last duty assignment.  After 21 years in the Air Force, Martin retired in 1989 and began working as a financial accountant at the Defense Finance and Accounting Service (DFAS) at Lowry AFB, Colorado.  DFAS eventually closed down in 2003 and transferred everyone to Wright-Patterson AFB in Ohio.

On June 10, 2000, Deacon Martin was ordained to the Diaconate by Archbishop Charles Chaput at the Cathedral Basilica of the Immaculate Conception in Denver, Colorado. He was immediately assigned to Our Lady of Loreto in Foxfield, Colorado.  Then, in 2003, the Archbishop approved a transfer for Deacon Martin to Dayton, Ohio where he ministered for as long as his health would allow.

“My classmate, Deacon Richard, was instrumental in setting the tone for the diaconate in the new millennia.  Though he was out of the Archdiocese for a while, he was fraternally tied to our community,” said Deacon Joseph Donohoe, Director of Deacon Personnel. “His presence at Deacon events lifted our hearts and ease our souls with a diaconal love of God.”

The Mass of Christian Funerals was celebrated in Miamisburg, Ohio and was undoubtably attended by many.