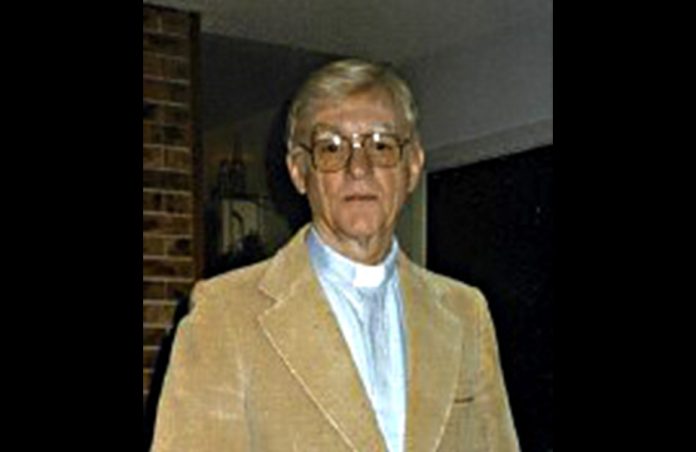 Deacon Charles Sprick, 94, passed away peacefully on Aug. 3. Deacon Sprick served at St. Stephen’s Parish in Glenwood Springs for the duration of his diaconal ministry. In addition to his parochial responsibilities, he was very active in ministering to the sick and homebound in the community.

Charles Bernard Sprick was born on Jan. 12, 1928, in Little Rock, Ark., to Joseph and Delma Sprick. He went to a parochial high school in Little Rock and entered the Navy during World War II. Returning home, he married Dorothy Alice Mabrey in 1948. He also received a certificate as a Dental Technician and pursued a career in the dental profession. The couple was blessed with four children, one of whom passed away at birth. Not long after Tony’s birth, Dorothy passed away from cancer. In 1957, Charles met and married Mary Louise Paladino. Charles and Mary were blessed with three children. The children’s names are Nancy, Bernard (deceased), Dan, Joe, Mary Ann, Kathy, and Tony. Charles was also blessed with eight grandchildren and five great-grandchildren.

On Jan. 25, 1986, Deacon Charles was ordained a deacon by Archbishop James Casey at the Cathedral Basilica of the Immaculate Conception in Denver. Deacon Sprick was immediately assigned to St. Stephen’s Catholic Parish in Glenwood Springs. Due to health problems, he was given permission to retire from diaconal responsibilities in 1991, but he continued to minister there until 2011, even after he retired.

Despite his issues with arthritis, Deacon Sprick was very physically active. He was an avid runner and loved the outdoors.

“Deacon Charles was an important connection for the archdiocese to the Western Slope,” said Deacon Joseph Donohoe, Director of Deacon Personnel. “His ministry at St. Stephen’s, deacon and proto-martyr, brought a special connection to the ministerial nature of the deacons across the archdiocese.”

A Funeral Mass for Deacon Charles was celebrated at St. Stephen’s Parish on Aug. 19. His internment is scheduled for a later date at the Rosebud Cemetery in Glenwood Springs, Colorado.