His Church. Our Experience.
Subscribe
HomeLocalDeacon Benedetto remembered for ministering to the deaf and disabled
LocalObituaries

Deacon Benedetto remembered for ministering to the deaf and disabled 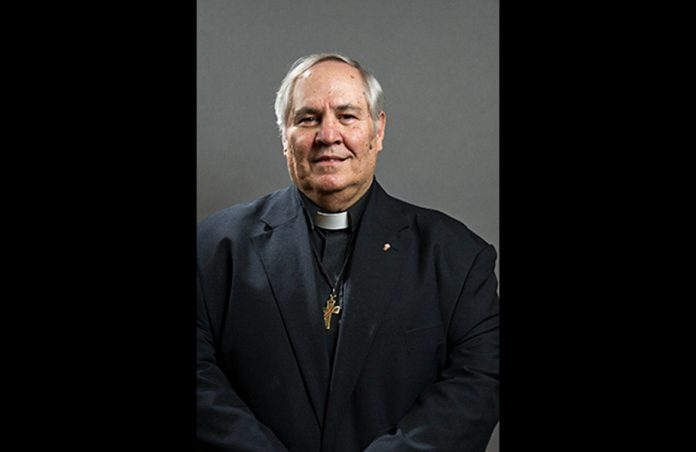 Deacon Joseph Benedetto, 75 years old, passed away on June 14. Deacon Benedetto was at Holy Cross Parish in Thornton and St. Bernadette Parish in Lakewood. He was also very active in ministering to the deaf and disabled in the community.

Joseph Michael Benedetto was born on April 10, 1947, in New Orleans, Louisiana to Michael and Myrtle Benedetto. He went to parochial high school in New Orleans and graduated at St. Aloysius High School in 1965. After high school, he began taking college courses and received a bachelor’s in liberal arts and a master’s in deaf education. These courses quickly led him into a position of being an advocate and a teacher for those with hearing impediments, like himself.

On June 29, 1985, he married Rosemarie Duos, a teacher for deaf students in St. Landry, Louisiana. Joe and Rosemarie were blessed with three children: Joseph, Michael and Maria. They were also blessed with 3 beautiful grandchildren.

On April 9, 1994, Benedetto was ordained a deacon by Bishop Harry Flynn at the Cathedral of St. John the Evangelist in Lafayette, La. Due to health problems, he was given permission to retire from diaconal responsibilities in 1999. Then in 2000, Deacon Benedetto was offered a position with the State of Colorado as a State Relay Administrator. This position furthered his experience with discovering new technology for those needing assistance with hearing. Moving to Colorado as a retired deacon, Archbishop Charles Chaput requested that he assist with the Deaf and Hearing-Impaired Community at Holy Cross. He would later move to St. Bernadette Parish to minister in Sign Language for that community.

“Deacon Joe was sent by God to help our communities with his knowledge of sign language and his own real-life experiences,” said Deacon Joseph Donohoe, Director of Deacon Personnel, “He modeled the ability to overcome seemingly difficult situations and conquer what some might believe to be overwhelming odds that life tried to throw his way.”