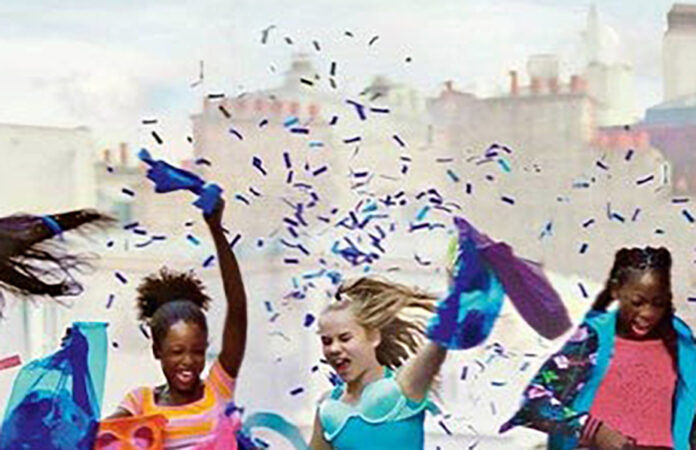 I love Netflix. I love that I can watch sitcoms and movies, as well as virtually any documentary I like, at any hour of the day or night. For a kid who grew up with three channels, rabbit ears and the occasional VHS rental cassette, it’s quite an amazing advancement.

But Netflix has been letting me down lately.

The latest offender is a French movie called Cuties. It’s the story of Amy, an 11-year-old Senegalese girl living in Paris who rebels against her conservative Muslim parents by becoming involved with a “free-spirited” girls’ dance group who call themselves the “Mignonnes.”

And if by “free-spirited” they mean “highly sexualized” then yes, that’s exactly what these girls are.

Netflix has defended the movie, saying that critics should watch it before making assumptions. I didn’t really see the need, as a (since withdrawn) promotional photo I’d seen earlier, of scantily clad pre-pubescent girls in clearly provocative positions, told me pretty much everything I needed to know. But I figured I would take them up on the suggestion, both because it would help me to write an informed critique, and it would allow me to unpack and set up my new furniture while still technically “working” on my column. Honestly, I was probably motivated more by the second than the first.

Ironically, when I logged into Netflix to find the movie, the first show on their “featured” page was a jaunty-looking little series called Lucifer, which featured a wry photo of a clearly naked man. This didn’t bode well neither for my day, nor for my future with Netflix.

I was done. I’m told there is a lot more. I will take their word for it. I saw enough to understand why the National Center on Sexual Exploitation has condemned Netflix for airing a film “that has permitted the sexual exploitation of children.”

Those young actresses aren’t cartoons or holograms. They are real, flesh-and-blood young girls. Young girls, with real, developing human bodies and immortal souls, created with immeasurable dignity in the image and likeness of God. As St. John Paul II said in his Theology of the Body, what we do with our bodies matters. And what the producers and directors of this film have done is exploit and sexualize their young bodies and put those bodies on display for every pedophile and pervert in the world who can scrape together $11 a month for a Netflix subscription. I don’t care if they did it to make a point, or to make a profit, or to save the entire free world. It was wrong, very wrong.

Consider this. Somebody taught these girls those moves — the writhing, the crotch grabbing and thrusting, the sensuous expressions. They no doubt rehearsed it for weeks. They were observed and critiqued and judged by producers and directors and choreographers. Before that young girl flashed her breast to the entire Netflix world, she flashed it to an entire camera crew. Live and in person. Repeatedly, I’m sure.

I’m told the movie ends with the fictional Amy running away in tears, trying to regain her innocence. But who is going to restore the innocence of the real life 14-year-old Fathia Youssouf, who portrayed her?

The end, no matter how noble, does not justify the means.

Even if the images were holograms, the impact of this movie on society would still be terrible. The images we put out into the airways, and into people’s brains, matter. This movie normalizes images of child sexualization, which endangers kids everywhere and risks their further sexualization.

When I was praying this morning, I asked God what he wanted me to say in this column today. And the immediate thought that came to me was “Satan hates innocence.” I think it was no coincidence that the first show Netflix pitched to me was entitled Lucifer. It was confirmation. Satan does hate innocence. And innocence is under attack. One in every four sexual trafficking victims is a child. The state of California is on the verge of relaxing its statutory rape laws when the perpetrator’s age is within 10 years of the victim. Former child stars are calling press conferences and writing books to denounce the rampant sexual abuse they and other young actors and actresses have endured in Hollywood.

Several members of Congress are calling for the Department of Justice to investigate Netflix over possible violation of child pornography laws. The hashtag #CancelNetflix is trending. A petition on change.org has already gathered over 600,000 signatures, including mine. Netflix has apologized for the aforementioned promotional photo. But they are standing by the film.

I’m sure gonna miss those documentaries.