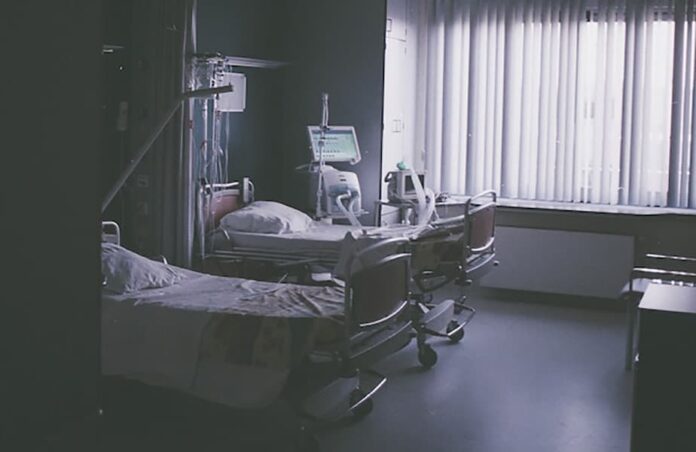 Those who persist in denying that the Church is engaged in a culture war, the combatants in which are aptly called the “culture of life” and the “culture of death,” might ponder this June blog post by my summer pastor in rural Québec, Father Tim Moyle:

Tonight I am preparing to celebrate a funeral for someone (let’s call him “H” to protect his privacy) who, while suffering from cancer, was admitted to hospital with an unrelated problem, a bladder infection. H’s family had him admitted to the hospital earlier in the week under the assumption that the doctors there would treat the infection and then he would be able to return home. To their shock and horror, they discovered that the attending physician had indeed made the decision NOT to treat the infection. When they demanded that he change his course of (in)action, he refused, stating that it would be better if H died of this infection now rather than let cancer take its course and kill him later. Despite their demands and pleadings, the doctor would not budge from his decision. In fact he deliberately hastened H’s end by ordering large amounts of morphine “to control pain” which resulted in him losing consciousness as his lungs filled up with fluid. In less than 24 hours, H was dead.

Let me tell you a bit about H. He was 63 years old. He leaves behind a wife and two daughters who are both currently working in universities toward their undergraduate degrees. We are not talking here about someone who was advanced in years and rapidly failing due to the exigencies of old age. We are talking about a man who was undergoing chemotherapy and radiation treatments. We are talking about a man who still held on to hope that perhaps he might defy the odds long enough to see his daughters graduate. Evidently and tragically, in the eyes of the physician tasked with providing the care needed to beat back the infection, that hope was not worth pursuing.

Again, let me make this point abundantly clear: It was the express desire of both the patient and his spouse that the doctor treat the infection. This wish was ignored….

Canada’s vulnerability to the culture of death is exacerbated by Canada’s single-payer, i.e., state-funded and state-run, health care system. And the brutal fact is that it‘s more “cost effective” to euthanize patients than to treat secondary conditions that could turn lethal (like H’s infection) or to provide palliative end-of-life care. Last year, when I asked a leading Canadian Catholic opponent of euthanasia why a rich country like the “True North strong and free” couldn’t provide palliative end-of-life care for all those with terminal illnesses, relieving the fear of agonized and protracted dying that’s one incentive for euthanasia, he told me that only 30% of Canadians had access to such care. When I asked why the heck that was the case, he replied that, despite assurances from governments both conservative and liberal that they’d address this shameful situation, the financial calculus always won out – from a utilitarian point of view, euthanizing H and others like him was the sounder public policy.

But in Canada, a mature democracy, that utilitarian calculus among government bean-counters wouldn’t survive for long if a similar, cold calculus was not at work in the souls of too many citizens. And that is one reason why the Church must engage the culture war, not only in Canada but in the United States and throughout the West: to warm chilled souls and rebuild a civil society committed to human dignity.

Then there is the civic reason. To reduce a human being to an object whose value is measured by “utility” is to destroy one of the building blocks of the democratic order – the moral truth that the American Declaration of Independence calls the “inalienable” right to “life.” That right is “inalienable” – which means built-in, which means not a gift of the state – because it reflects something even more fundamental: the dignity of the human person.

When we lose sight of that, we are lost as a human community, and democracy is lost. So the culture war must be fought. And a Church that takes social justice seriously must fight it.