His Church. Our Experience.
Subscribe
HomePro-LifeContact your senator to vote 'no' on the “Women’s Health Protection Act”
Pro-LifeWorld & Nation 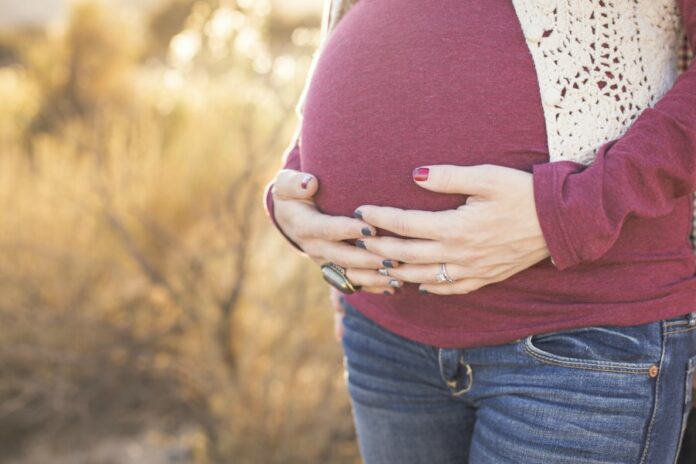 On September 24, the United States House of Representatives passed Women’s Health Protection Act, which is a radical pro-abortion bill that would guarantee a right to elective abortion up-to the moment of birth. If enacted, WHPA would:

The Abortion Debate Intensifies in America

America is at a crossroads of life or death. One direction is toward a culture of life, with many states considering laws protecting the lives of preborn children. The other direction is radically pro-abortion, which includes expanding elective abortion access up-to the moment of birth.

The “Women’s Health Protection Act” (WHPA) H.R. 3755 is a direct response to state laws such as the recently enacted Texas Heartbeat Act.

Texas is leading the nation in protecting pre-born children. On May 19, 2021, Texas Gov. Greg Abbott signed into law the Texas Heartbeat Act, which prohibits abortion after a preborn child’s heartbeat has been detected and prohibits an individual from assisting an illegal abortion. The Heartbeat law is the greatest state effort to promote a culture of life in recent years. It uses a novel approach that bans state officials from enforcing the law and empowers citizens to bring civil enforcement action. This protects the new law against precedent set by Roe v. Wade and the U.S. Supreme Court. The law went into effect on September 1, 2021 after the U.S. Supreme Court denied emergency injunctive relief by Texas abortion providers wishing to stop the new law.

Many states have passed legislation to restrict abortion, but most have failed to be enacted due to Roe. The U.S. Supreme Court acknowledged that the Texas Heartbeat law has some constitutional questions, but ultimately the plaintiffs failed to meet procedural burdens or prove potential injury. This means that the law will almost certainly be litigated. However, the decision still represents a legal victory for promoting a culture of life and protecting lives of preborn children.

But as Texas ushers in a culture of life, D.C. attempts to impose the most far-reaching abortion policy America has ever seen – invalidating many state laws protecting preborn children. This is significant as a recent Gallup poll show that 60 percent of Americans think that abortion should either be illegal or only legal in a few circumstances.

However, the U.S. Supreme Court may play a significant role in this debate as it prepares to hear Dobbs v. Jackson Women’s Health Organization on December 1, 2021. Dobbs will determine the constitutionality of laws that prohibit abortion prior to viability. This presents the Supreme Court an opportunity to revisit, and possibly overturn, Roe v. Wade.

In Colorado, there is momentum to both protect lives of preborn children and an increase of out-of-state women seeking abortion because Colorado is one of seven states that allows elective abortion up-to-birth. In 2020, nearly 150,000 Coloradans put Proposition 115 on the ballot, which, if it had passed, would have prohibited abortion after 22-weeks gestation (when the child is viable). Yet at the same time, Colorado Planned Parenthood of the Rocky Mountains saw a 12-factor increase in the number of patients seen from out-of-state and expect more with the enactment of the Texas Heartbeat law.

Despite the WHPA H.R. 3755 federal effort to increase abortion access, pregnant women have support like never before. As of 2018, pregnancy centers outnumber abortion facilities 2,700 to 739, providing women with counseling, material resources such as diapers, food, clothing, etc., shelter, and community. Pregnant women, and their partners and families, are never without assistance regardless of their circumstances of pregnancy or socioeconomic status. Additionally, the United States Conference of Catholic Bishops recently launched “Walking with Moms in Need” which connects Catholic parishes with pregnancy centers to expand access to women who may not be aware that they have options to ensure their preborn children live and their families thrive.

The Bishops of Colorado urge state and federal government leaders to work to protect all lives from conception until natural death. While there is more to do to safeguard the rights of preborn children in the womb, Catholics should celebrate public policy victories, such as the Texas Heartbeat law, and pray for the end of abortion in the United States.

Colorado Catholic Conference
The Colorado Catholic Conference is the united voice of the Catholic bishops of Colorado in public policy. Basing its mission on the Gospel of Jesus Christ, as expressed in Catholic social teaching and the consistent life ethic, the Conference acts cooperatively to insure a dignified and productive life for all Coloradans and provides opportunities for Catholics in Colorado to carry out their responsibility to participate in political life.
RELATED ARTICLES
Catholic News Agency