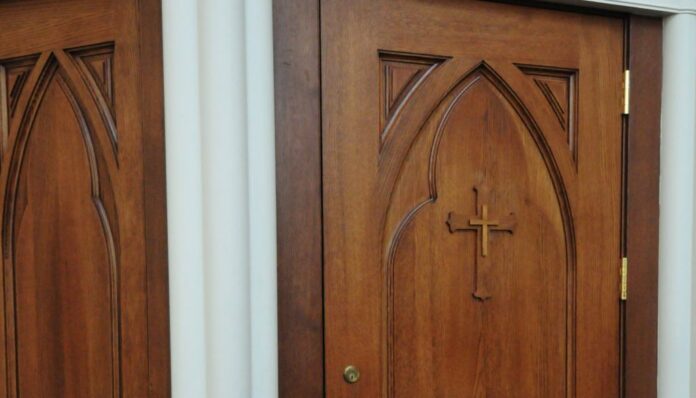 Continuing a Lenten series on “Rediscovering Reconciliation,” the Denver Catholic Register asked two area priests to share their perspective on the sacrament: Father Thomas Dowd, 86, a priest of 60 years, retired from active ministry and living in Wheat Ridge, who continues to celebrate weekly Masses in Coal Creek Canyon and hear confessions in parishes around the archdiocese; and Father Ryan O’Neill, 30, a newer priest of the archdiocese, ordained in 2012, who lives in Granby and serves as parochial vicar for five churches that span Grand and Jackson counties.

Though their birthdates and ordinations dates differ by more than 50 years, both indicated that they consider hearing confessions a privilege, it has made them more mindful of their own sinfulness, and it has increased their compassion for others.

“Whenever I leave the confessional, I say to myself and to the Lord … (this) is such a privilege,” Father Dowd said. “I think if only a layperson could just have the privilege of being able to hear a confession, they wouldn’t be so afraid to go.”

He has often wondered how it’s possible that he could be an instrument of forgiveness.

“Then I think: Isn’t that just like Our Lord Jesus, of course, to choose sinners in order to make saints,” he said with a laugh.

When the Lord comes in the sacrament of reconciliation, he comes to both penitent and confessor, Father Dowd said.

“He makes himself known to both of us, to give us the experience of pardon and peace,” he continued. “That’s a great consolation for me.”

Focusing attention on the penitent, he said, can be challenging.

“Sometimes I say: ‘Why is there Catholic guilt?’” then he answered his own question. “The reason the Church wants you to feel Catholic guilt is so that you might experience Catholic peace.

“That happens only when you and I are willing to admit that we are guilty, then put ourselves at the mercy of Him who’s come to take the monkey off our back.”

Sins are not the most important thing that happens in the confessional, he added.

“The most important thing that happens is the Lord Jesus saying: ‘Go in peace, your sins are forgiven.’”

Father O’Neill
“Hearing confessions is one of my favorite things,” Father O’Neill said, just as he had anticipated it would be when he was in formation for the priesthood.

“I like it when I have time to go a little deeper with a person and help them not focus so much on the symptoms (the sins) but what’s actually going on in their hearts: their relationships, emotions and any wounds that might be there.”

There’s usually something deeper going on, he said, such as rejection or past abuse.

“So I really, really like to spend time talking with people about their life and encouraging them to pray about it,” he said.

Since becoming a priest, his own experience of going to confession has changed.

“I have a lot less expectation of the priest hearing my confession, to fix me or solve my problems,” he said, “Because I can’t fix people and I can’t solve people’s problems. … I feel my inadequacy, I feel my weakness.”

Only God can “fix” sins and he asks him to do so.

“In seminary, we were told we should do penance for our penitents … and I didn’t like that because I don’t like doing penance for myself!” he said. “But what’s happened has been a real softening of my heart from hearing confessions.”

He prays for his penitents and offers up sacrifices for them, even small gestures such as skipping a snack or a drink.

“I ask the Lord to bless them, make them happy and heal them,” he said.

A priest’s top five reasons for returning to confession

What if I’m nervous? A Q&A on common questions about confession

Everyone needs mercy – and God offers it in confession