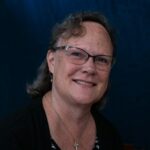 I don’t know about you, but I find myself getting agitated pretty easily these days, often in ways that are not fitting for a believing Christian. I have been thinking a lot about the perils of living in a society which is becoming more and more overtly hostile to many of the norms that were simply taken for granted by the vast majority of our fellow citizens a mere 20 years ago. I’ll come back to that in a minute.

Read a letter to from the Colorado Bishops on the Equality Act here.

First, in order to avoid inciting unchristian agitation in you, I want to share a blessing I received from my husband a few days ago, just as I was launching into a bitter rant about how hostile so many have become to basic Catholic ideas.  As part of his Lenten discipline, he has been reading through all four Gospels, and that morning he interrupted and extinguished my rant by reading aloud the words of Jesus that he had just read:

“You have heard that it was said, ‘You shall love your neighbor and hate your enemy.’ But I say to you, love your enemies, and pray for those who persecute you, that you may be children of your heavenly Father, for he makes his sun rise on the bad and the good, and causes rain to fall on the just and the unjust. For if you love those who love you, what recompense will you have? Do not the tax collectors do the same? And if you greet your brothers only, what is unusual about that? Do not the pagans do the same? So be perfect, just as your heavenly Father is perfect” (Mt 5: 43-48).

That caught me up short.  The words “your heavenly Father … causes rain to fall on the just and the unjust,” especially reverberated in my mind.  Maybe it’s just that I am anxious to get out in my dry Colorado garden, but for the rest of the day I kept coming back to those words and to the fact that the Father is the one in charge and that while it’s okay and maybe even necessary for me to do my little bit and do it energetically, it’s not okay for me to hate or fear or malign those who respond to my Catholic witness by calling me a “hater.” The Father causes the rain to fall on all of us, and I must do my part in his vineyard without undermining his work in me by succumbing to bitterness or reveling in outrage, temptations that my personality is all too prone to.

The flipside of my temptation is felt by those who are so overwhelmed by the rapid change in “acceptable ideas” that they lose their confidence in what the Church teaches or even try to alter Church teaching in order to make it compatible with the culture’s new ideas. We are called to witness to the truths of our faith in season and out of season, but Catholics in America have become so accustomed to being accepted in the mainstream that it can be very hard for us to appreciate just how “out of season” core teachings of our Church are right now.

The fact is that there are a number of non-negotiable teachings of our Church which we once could have confidently and respectfully proposed for consideration, but which many are now afraid to speak out loud. For example:

These ideas, all of which conform with the Church’s continuous teaching, are now regularly denounced in public as naked bigotry comparable to that of an unrepentant leader of the KKK.

The last three on the list will be undermined by the law itself if the U.S. Senate passes the misnamed Equality Act, which has already passed the U.S. House of Representatives and which President Biden has promised to sign into law. The consequences, especially for women and children, will be severe. Here are just a few examples of the foreseeable consequences:

Any one of those foreseeable consequences should agitate all of us. We should all be stirred at least to refuse to lie when we are asked what we think.  And any of us who claim to profess and teach the faith must muster both the courage and the love to face being denounced as a hater, knowing that if we do not stand against the force of these lies, those who denounce us will have no one else to witness to the truth for them.

Our Father in heaven makes it rain on all of us.  Let us stand firm in the truth that we are all his beloved children, that we are all made in his image, that he made us male and female, and that it is not good for any of us to attempt to re-make ourselves in an image of our own choosing.  We hate no one.  It is because we love our fellow citizens that we insist on witnessing publicly to the truth.

Dr. Selner-Wright holds the Archbishop Chaput Chair of Philosophy at St. John Vianney Theological  Seminary and is a member of the leadership team at the EPPC’s Person and Identity Project, which offers a Catholic response to gender confusion:  personandidentity.com

COMING UP: From rare books to online resources, archdiocesan library has long history of service to students

National Library Week, observed this year from April 4 to April 10, is the perfect occasion to highlight the essential role of libraries and library staff in strengthening our communities – and our very own Cardinal Stafford Library at the Archdiocese of Denver is no exception.

Since 1932, the library has served as a religious, intellectual, and cultural resource for seminarians and students at St. John Vianney Seminary in Denver.

“As the library of the seminary, we are always responsible for the four dimensions of the priestly formation of our seminarians. The library is charged with being responsible to all the divisions of the Seminary: the Lay Division (Catholic Biblical School and Catholic Catechetical School), the Permanent Deacon Formation Division, and the Priestly Formation Division,” said Stephen Sweeney, Library Director.

In addition to being one of the main resources to the seminary, the Cardinal Stafford Library serves the needs of other educational programs in the Archdiocese of Denver, including the St. Francis School for Deacons, the Biblical School, the Catechetical School and the Augustine Institute. While the library is currently closed to the public due to the COVID-19 pandemic, it was previously open to anyone, giving people access to more than 150,000 books, audios, and videos.

The Cardinal Stafford Library was named after Cardinal J. Francis Stafford, Apostolic Penitentiary at the Vatican and former Archbishop of Denver from 1986 to 1996. He was a dedicated advocate of the library and of Catholic education.

In 1932, the library was established by two seminarians, Maurice Helmann and Barry Wogan. While they were not the first seminarians to conceive the idea of establishing a library, they are considered the founders for undertaking its organization.

Since its founding, the library has grown and compiled a fine collection of resources on Catholic theology, Church history, biblical studies, liturgy, canon law, religious art, philosophy, and literature. Special collections include over 500 rare books dating back to the early 16th century and many periodicals dating back to the 1800s. The oldest publication in the library is a book on excommunication published in 1510. The Cardinal Stafford Library is also home to various relics and holds bills personally written by some of those saints.

Over the past few years, the library has undergone a process of beautification through various renovations that include improvements in lighting, flooring, and even furniture restoration. During these difficult times, libraries are doing their best to adapt to our changing world by expanding their digital resources to reach those who don’t have access to them from home.

“The Cardinal Stafford Library provides a community space; we subscribe to about 200 print journals and have access to literally thousands more through online resources available on campus computers,” Sweeney added. “I have been the Library Director for almost 11 years. I absolutely love my work, especially participating in the intellectual formation of the faithful from all of the dioceses we serve”.

For more information on the Cardinal Stafford Library, visit: sjvdenver.edu/library