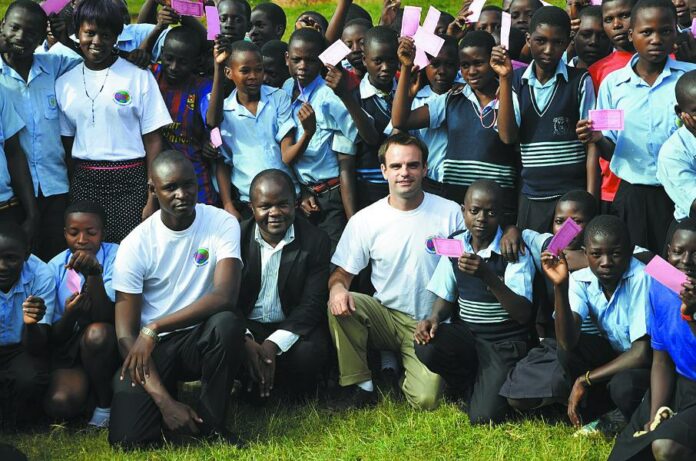 A Ugandan youth chastity program traveled around Colorado this month to share the message that abstaining from sex until marriage is not only possible, but it can open doors.

Education, healthy choices and happiness are a few of the benefits of chastity—a part of the message that has reached more than 500,000 youths in Africa and beyond. Of these youths, 263,000 signed chastity pledge cards through Universal Chastity Education (UCE). Leaders of the ecumenical nonprofit said this message must spread across the United States, too.

“I learn more about chastity each and every day and how Christ will use that to draw us closer to him. It’s beautiful,” said executive director and Colorado native Andrew Dernovsek, 31, who also signed a pledge card committing to chastity.

Their message helped result in reduced teenage pregnancies in many schools after UCE teams visited, including one in Uganda that reported a drop from 25 pregnant students in 2010 to three in 2012, Dernovsek said.

With co-founder Jude Tadeo, a 34-year-old Ugandan Catholic, Dernovsek visited Colorado to spread the message. They visited St. Francis of Assisi Church in Castle Rock, The Shrine of St. Therese in Pueblo and Our Lady of Assumption Church in Westcliffe to urge youth to grow closer to Christ. On Dec. 5, they also held an all-night prayer vigil at St. Paul the Apostle Church in Pueblo to pray for an end to the HIV pandemic after the international World AIDS Day Dec. 1.

UCE was born out of the international response to the HIV pandemic in Uganda, one of the hardest hit countries by the disease most commonly transmitted through sex and sharing of syringes. UNICEF reported that 7.2 percent of Ugandans suffered from HIV in 2012. An estimated 25 million have died of the virus since 1981.

Instead of teaching about condoms, UCE promoted chastity with the acronym ABC for “Abstinence, Be faithful through Christ.”

“When you give youth condoms, you’re just making them weak,” Tadeo explained. “If your intention is to make young people responsible and healthy, then you need to promote chastity.”

Volunteer teams spread the message of chastity by sharing personal testimonies and the medical and health benefits of abstaining. They also encourage youth to sign pledge cards after hearing about God’s plan for marriage. Youths have the option to form clubs and participate in seminars.

The UCE program has been endorsed by Cardinal Emmanuel Wamala of the Archdiocese of Kampala, and leaders of the Anglican, Lutheran, Orthodox and evangelical churches.

Universal Chastity Education
A nonprofit based in Pueblo that has spread the message of chastity to fight HIV and STDs across African countries and the United States.