A Catholic’s guide to Star Wars 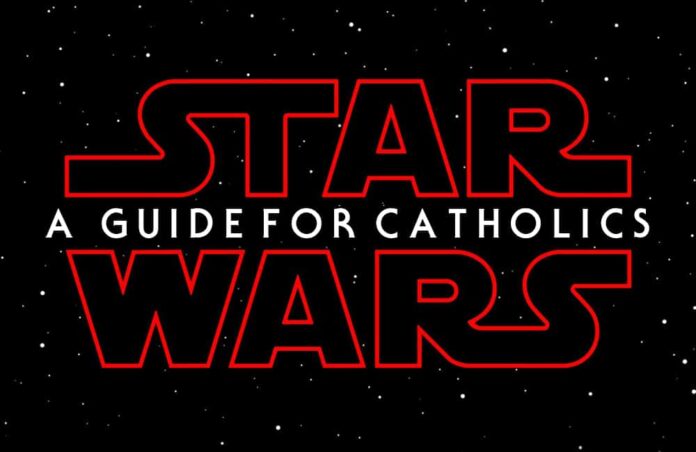 These words flash in blue across the screen, and the epic John Williams score echoes, almost instinctively, in the mind of any Star Wars fan. Come Dec. 20, these words will appear once more in theaters all around the world as the hugely anticipated next entry in the revered Star Wars series, The Rise of Skywalker, is finally released. A grueling two-year wait since 2017’s The Last Jedi has left Star Wars fans both casual and die-hard speculating about what shocking revelations The Rise of Skywalker will bring with it, and soon, all will be revealed.

If you’re a Star Wars fan, then you already know what to expect. However, if you’ve never seen a Star Wars film before and are curious about the buzz, read on to find out why you need to watch Star Wars.

Aside from being some of the most visually dazzling and epic films ever created, Star Wars is propelled by a compelling storyline rife with some of the most memorable characters in cinematic history. Even those with a passing interest in Star Wars are more than likely familiar with the names Luke Skywalker, Darth Vader, Han Solo, Princess Leia and Chewbacca. This fact alone speaks to the far-reaching impact Star Wars has made on culture.

As with any great story, Star Wars has it all: drama, love, action, epic struggles between good and evil, twists, turns and everything in between. The Rise of Skywalker is the long-awaited conclusion of the new “sequel trilogy” that was launched in 2015 with The Force Awakens. It continues the story started in the original 1970 trilogy comprised of A New Hope, The Empire Strikes Back and The Return of the Jedi. The prequel trilogy, launched in 1999 with The Phantom Menace, follows Anakin Skywalker’s path to becoming Darth Vader.

At its core, Star Wars is a story about destiny. It’s about becoming who you were meant to be. Each of the characters are unwillingly cast into a battle for something greater than themselves, and it draws strong parallels to the Christian life and what it means to be human, which is likely why it’s such a beloved franchise.

It’s also a story about the triumph of good over evil. There’s a certain element of spirituality in the Star Wars universe called the Force. This is an invisible energy which flows though and binds all living things, and only certain people are able to utilize it. Morality also plays an important role in how the Force is used; use the Force for good deeds and for the help of others, and one can be trained as a jedi. However, use the Force for evil, and one becomes slowly corrupted by the dark side of the Force.

In the end, good always wins over evil, but victory isn’t won without a battle. While the characters in Star Wars are battling for the fate of the galaxy, human persons are entrenched in a battle of their own. Christianity teaches that Jesus Christ already conquered death, and we have nothing to fear; even so, the enemy manages to creep into our lives with sin, and in our fallenness, it’s a battle we must fight day in and day out.

But still, hope remains, and above all else, Star Wars is a story about hope. Without hope, the characters in Star Wars would have nothing to fight for. Hope is why we all fight the battles we do. At times, these battles are daunting, exhausting and feel nearly impossible to overcome. But it’s the hope of something better and a brighter future that drives each of us to face those battles head on. In Star Wars, they do it with the aid of the Force. But Christians have something much better than that; we have the creator of the universe on our side.

Stories like the one told in Star Wars are exciting, but more than that, they’re empowering. We may not live a long time ago in a galaxy far, far away, but as the films show, humanity doesn’t change much, no matter the time – or galaxy – they may be living in. So, pop some popcorn, throw on Star Wars and escape from reality a little bit – you might be surprised at just how much that far, far away galaxy looks like our own.

WATCH: Take a virtual tour through Denver’s Cathedral Basilica of the Immaculate Conception