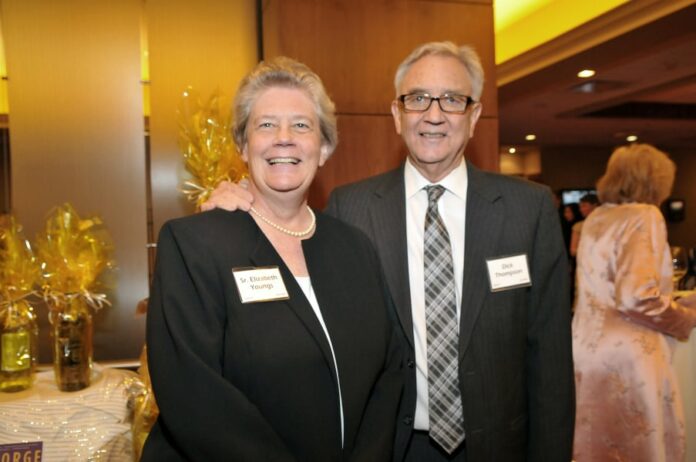 The Archdiocese of Denver will bid farewell to some of its long-standing leaders in Catholic education and welcome new leaders to its Office of Catholic Schools this spring.

Last week, the Diocese of Jefferson City, Mo., announced Denver’s Sister Elizabeth Youngs, SCL, would head its diocesan schools as superintendent starting in July. Sister Youngs will move on after a 14-year term as associate superintendent.

The announcement follows news of Superintendent Richard Thompson’s retirement in March after also serving 14 years in the archdiocese. He will move to Rapid City, S.D., where he and his wife live.

After the school year is completed, Sisters Young will move to Jefferson City to oversee 40 grade schools and high schools staffed by 635 employees in central and northeastern Missouri, according to a statement released Jan. 25.

Sister Youngs said in the statement that she’s “very excited to bring what I have done and learned in the Archdiocese of Denver Catholic schools to the Diocese of Jefferson City, to find out where my gifts and talents and passions coincide with the needs and opportunities in the ministry of Catholic school education here.”

“We are truly blessed,” Bishop John Gaydos of Jefferson City said. “By turning this process over to God from the very beginning and listening attentively to the Holy Spirit’s guidance, our search committee set about evaluating a truly stunning slate of applicants.”

Sister Youngs holds a master’s degree in education from Boston College and a doctorate in Catholic educational leadership from The Catholic University of America. In 1995, while serving as head principal of St. Francis Elementary School in Billings, Mont., she was appointed to the position of director of the Billings Catholic schools in the Diocese of Billings-Great Falls. She served in that capacity for six years before becoming associate superintendent of Catholic schools for the Archdiocese of Denver in 2001.

During her time in Denver, she received an award from the AdvancED Accreditation Commission titled “Leading by Example” in 2011.

Bishop Machebeuf: the People, the Plan, and the Partnerships to Thrive