His Church. Our Experience.
Subscribe
HomeLocalCatholic school students learn to be stewards of creation
Local

Catholic school students learn to be stewards of creation 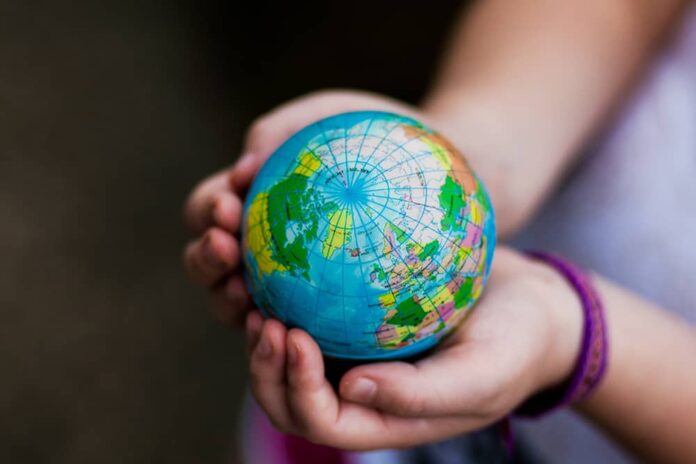 In Pope Francis’ second encyclical, “Laudato si,” (“Praise be to you”) the pope urges the faithful to be good stewards of the Earth. The title is taken from St. Francis of Assisi’s beautiful Canticle of the Sun, which praises God for the wonder of creation.

Inspired by the pope’s document, Erin Hensley, a parishioner at Shrine of St. Anne Church in Arvada, used it to support her case for re-instituting recycling at the parish school. She recently mobilized a Green Team comprised of 20 enthusiastic students from kindergarten through seventh grade and on April 3 kicked off the recycling program with funny skits at the school assembly.

For Earth Day, April 22, the Green Team, joined by others from the school community, will do a litter cleanup around the parish campus and in their historic Old Town Arvada neighborhood.

“I wanted my children to attend St. Anne’s and grow strong religious roots, but I also wanted to know they were caring for the physical roots beneath their feet—God’s creation,” Hensley, the mother of two students at the school and one toddler, told the Denver Catholic.

Hensley’s efforts to reduce waste at the school won’t just help the environment but will also have a positive financial impact on the parish community.

“The quest to reinstate recycling actually saved the school and church $3,500 annually,” Hensley said. “The fact that we were able to save this much money in the transition and that it’s happening during Earth Month gives me goose-bumps!”

School principal Patricia Hershwitzky said that while the financial savings is terrific, the real benefit is calling the students to stewardship and to living lives of Christian dignity.

“Caring for the environment and making it orderly is a reflection of our awareness as being children of God,” she said.

Hensley aims to make the cleanup fun by using an app called Litterati, which has been used to help communities tackle environmental concerns and come up with sustainable solutions. Litterati notes that litter blights the environment, endangers wildlife and hurts the planet.

“With our current throwaway society, we as Catholics are called to demonstrate a love for human life but also a love for all life—the life of our planet. We must be mindful of what we buy and discard moments later,” Hensley said, noting that in “Laudato si,” Pope Francis writes, “Living our vocation to be protectors of God’s handiwork is essential to a life of virtue; it is not an optional or secondary aspect of our Christian experience.”

Hensley assessed that the school collects 10,000-plus gallons of trash a month, but that nearly half of that can be recycled and kept out of landfills.

“Over the course of the school year, that’s enough plastic, paper and aluminum to cover every square foot of our gymnasium up to our knees—and now it’s going to make new paper and plastic materials,” she said.

The school’s efforts to recycle paper, she continued, should save nearly 100 trees a year, as well as 30,000 gallons of water and 10 barrels of oil from not having to produce paper pulp from those trees.

Next school year, Hensley hopes to expand recycling into the school lunchroom and, eventually, to add composting and perhaps a school garden. To help achieve those goals, she’s applied for a Green Up Our Schools grant, which provides money for elementary school waste reduction, recycling and composting plans.

“She’s a visionary in this,” Hershwitzky said. “And she puts the feet behind the vision.”

“The (fifth-grade) students put together a Power Point presentation and talked to the other students about the difference between landfill trash and recycling,” Crouse said. “(Now) we have (student) trash supervisors who stand by the bins to help answer questions, especially from younger students, to make sure the trash and recycling stay separated.”

Not only do the recycling projects educate youths about where trash goes and its environmental impact, Crouse and Hensley said, but they help the youths to build vital leadership skills and empower them to know they can make positive change.

“This is discipleship in action,” Hensley said. “There are many ways Catholics are being awesome disciples regarding protecting human life; this helps other living things as well.”