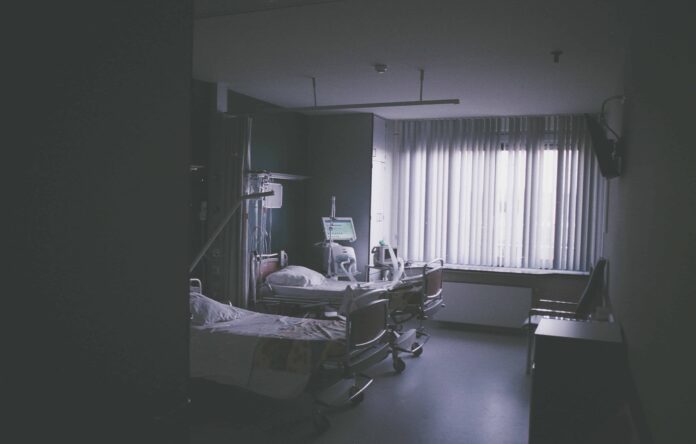 Another effort to repeal and replace the Affordable Care Act seems on the verge of failure, after three Republican senators stated that they would not support a pending Senate bill. As next steps for health care reform are considered, how should Catholics approach health care policy, according to Church teaching?

“The Church really, clearly teaches that health care is a right, that one has a right to be able to obtain such health care as is reasonably possible for one to obtain,” Dr. Kevin Miller, a professor of moral theology at the Franciscan University of Steubenville, told CNA.

On Monday, the Catholic Medical Association released a letter of public support for the latest GOP health care proposal, the Graham-Cassidy bill. In recent months, House and Senate Republicans have proposed several health care bills to repeal and replace the Affordable Care Act, but none have been able to pass both houses of Congress. The Catholic Medical Association wrote the offices of U.S. Senators asking them to support the latest proposal.

However, by Monday evening, with Republican senators announcing their opposition to the Graham-Cassidy bill, it seemed unlikely to pass the Senate, unless the bill was amended or senators changed their vote.

The Catholic Medical Association explained its support for the bill through the lens of several core Catholic principles of health care, saying that the bill would put those principles into practice.

The benefits of the bill, they said, included protections against taxpayer funding of abortions in health care plans via subsidies and tax credits, as well as blocking Medicaid reimbursements of abortion providers like Planned Parenthood.

The bill would have also set up conscience protections for employers, and individuals in health care, against mandates that they “purchase policies that include morally offensive ‘preventive services’,” the Catholic Medical Association’s letter argued.

Also, by repealing certain regulations and limiting federal Medicaid funding for states, the bill transferred more power and decision-making in health care to lower levels in the Catholic principle of subsidiarity and “preferential option for the poor,” the group said.

According to the letter, “the ACA created literally dozens of boards and commissions and imposed thousands of pages of new regulations, many of them injurious to the work of Catholic health care providers and additions to the cost of care.”

The changes to Medicaid gave the opportunity for “public and private entities closest to the people to experiment with options that maximize the ability of patients to choose providers who share their convictions regarding Hippocratic medicine.”

Under the old Medicaid system, the letter said, states that chose to expand their Medicaid pools and receive more federal funding also were restrained by the government in the care they could provide to vulnerable populations.

However, leading U.S. bishops recently sent a letter on behalf of the United States Conference of Catholic Bishops to all senators, asking them to change the Graham-Cassidy bill “while retaining its positive features,” because it would result in harm to the poor and chronically ill.

The changes to Medicaid could cut coverage for people relying on the program, the bishops said, or it could burden some states with additional costs and responsibilities that they may not be equipped to handle. If a state is facing a budget deficit and federal Medicaid funds are cut, state programs for low-income populations could also be cut, the bishops said.

The pro-life provisions are laudable and must be kept if the bill is amended, the bishops added.

Miller explained that the bill raises important questions for American Catholics: when a Catholic is considering health care policy, what are the principles of health care that the Church teaches, and how should a Catholic understand statements by the U.S. Conference of Catholic Bishops, as well as other Catholic groups?

When the U.S. bishops’ conference releases a statement on a “prudential application of the Church’s teaching,” there is “more leeway” to respect a statement without feeling obliged to assent to it, Miller said.

However, while bishops’ conferences themselves do not “share in the Church’s magisterium,” he said, typically they “draw from what is already the established teaching of the Church” on topics like human rights.

When Catholic groups of laity issue a statement on policy, he said, “less deference is required, because by definition you’re not dealing with the magisterium at that point.”

On the question of health care, “the Church really, clearly teaches that health care is a right,” Miller said, and Pope St. John XXIII clearly stated this in his encyclicals Mater et Magistra (1961) and Pacem in Terris (1963).

Paragraph 2288 of the Catechism of the Catholic Church also lists providing health care as among the obligations of a society to its citizens:

“Concern for the health of its citizens requires that society help in the attainment of living-conditions that allow them to grow and reach maturity: food and clothing, housing, health care, basic education, employment, and social assistance.”

If one cannot work to obtain these essential things, Miller said, “you have a right to have these provided for you in some other way.” And, he said, “I think the same thing would easily apply to health care.”

The Church does not state how, specifically, health care must be made available to everyone, Miller said, and so the question to be decided is “what’s going to work?”

Also significant, the Church does not say that the state cannot be involved in the financing of health care, Miller said. “The Popes have sufficiently made it clear,” he said, “that at least sometimes, the state has a necessary role to play in these kinds of matters.”

He pointed to Pope St. John Paul II’s encyclical Centessimus Annus (1991) in which the Pope said that the state had, “under certain kinds of circumstances,” a role in providing “Social Security-type assistance for its citizens,” and this “would include in the area of health care.”

Governments in many countries are heavily involved in health care financing, and the Church has not spoken out against those policies, he said.

Although the Church does not endorse a certain system of health care, it teaches that such a just system should involve various sectors of society, and should make a “typical standard of health care available.”

If one cannot obtain this care, “then, morally-speaking, we have a problem,” he said.

Regarding the principle of subsidiarity of Catholic social teaching, it is “widely misunderstood,” especially in the health care debate, Miller said.

The Catechism explains that according to the principle of subsidiarity “a community of a higher order should not interfere in the internal life in the community of a lower order…but rather should support it in case of need.”  Thought sometimes understood to mean that the federal government should simply stay out of the affairs of state and local governments, that is not necessarily true, Miller said.

Rather, “it’s a question of larger communities playing the role of helping smaller communities be ever more fully themselves,” he said, “providing them with assistance of various kinds” without “taking over.”

Again, he said, there are examples of countries where the government is involved “somewhat heavily” in the area of health care, and it is indeed “an option” under the Catholic principles of health care, provided the state does not mandate the provision of any care or procedures that would be immoral, like euthanasia or abortion.