His Church. Our Experience.
Subscribe
HomeLocalCare for Her Act: A common-sense approach to caring for women and...
Local

Care for Her Act: A common-sense approach to caring for women and their babies 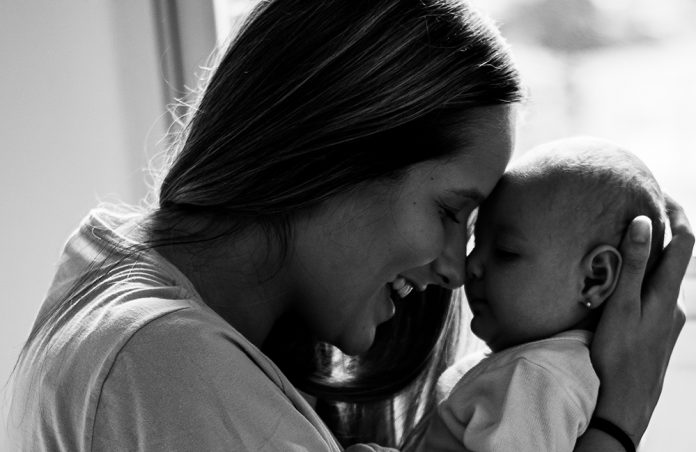 The pro-life community is often accused of only being pro-birth; however, a congressman from Nebraska is seeking to not only bring more visibility to the countless organizations which provide care for women experiencing crisis pregnancies through birth and beyond, but to also imitate that care at the federal level and enshrine it into law.

Rep. Jeff Fortenberry (R), who serves the first congressional district in Nebraska, is expected to introduce the Care for Her Act to Congress soon, a bill that’s been in the works since last year. The overall goal of the bill is to “[commit] to care for that journey of life through a complementary set of services whereby the government makes a decided choice on behalf of the life of the unborn child and meeting the needs of the expectant mother,” Rep. Fortenberry told the Denver Catholic.

The Care For Act seeks to accomplish this through four basic provisions: A $3,600 tax credit for unborn children which would apply retroactively after the child is born, in addition to the existing tax credit for children; a comprehensive assessment and cataloguing of the programs and resources that are available to expectant mothers; providing federal grants to advance maternal housing, job training mentorships and other educational opportunities for expectant mothers; and lastly, offering financial incentives to communities that improve maternal and child health outcomes.

The Biden Administration recently indicated that they’ll be removing the Hyde Amendment in next year’s budget, which has historically been in place to prohibit pubic funds from going to abortions. The Care for Her Act would circumvent this to some degree, and it would also test whether Rep. Fortenberry’s dissenting colleagues who have in the past expressed that women should be cared for throughout their pregnancies and beyond are willing to stand by their words.

While the conversation around pregnancy and women’s health often centers around abortion, Rep. Fortenberry intentionally crafted the Care for Her Act to not be against abortion, per se, but rather for women and their babies.

“Abortion has caused such a deep wound in the soul of America,” Rep. Fortenberry said. “However, the flip side of this is not only what we are against, because it is so harmful, but what are we for? So many wonderful people throughout this country carry the burden of trying to be with women in that vulnerable moment where there is an unexpected pregnancy and show them the gift of what is possible for that child and for that woman. Let’s do that with government policy as well.”

Even The Washington Post has taken notice of the Care for Her Act. Earlier this year, Rep. Fortenberry introduced the idea to his constituents, and as to be expected, he received mixed feedback. Those who are pro-life were supportive of the idea, while those who support abortions were more apprehensive. Still others shared consternation about what the government ought to or ought not to do, expressing concern about what the Care for Her Act seeks to do.

“My response is, if we’re going to spend money, what is the most important thing? And in my mind, this is it,” Rep. Fortenberry said.

However, he was very encouraged by one response in particular, which for him really illustrates why this bill is so important and needed.

“One woman wrote me and said, ‘Jeff, I had an abortion when I was young. But if I had this complement of services and commitment of community around me, I would have made another decision,'” Rep. Fortenberry recalled. “And I said ‘yes.’ That’s why we are doing this. For her.”

So far, Rep. Fortenberry has been able to usher support from a number of women representatives on his side of the aisle. He is hopeful, though, that support could come from all sides of the political spectrum.

“Is it possible this could be bipartisan? I would certainly hope so, because it should transcend a political divide,” he explained. “We, of course, stand against abortion because it is so detrimental to women and obviously the unborn child. At the same time though, I think that others could join us who maybe don’t have the fullness of our perspective, who want to see the government actually make a choice on behalf of protecting that unborn life.”

Amidst the politically polarizing discussions about pregnancy and unborn life, the Care for Her act is a common-sense approach to caring for women and their babies. It offers women facing an unexpected pregnancy the chance to experience hope in a seemingly hopeless situation and make a life-giving decision for both herself and her child.

“I’m excited by this,” Rep. Fortenberry said. “I think it opens a whole new set of imaginative possibilities for America, a transformative ideal that again makes this moment of vulnerability when there is an unexpected pregnancy, our chance, our commitment as a community of care.”