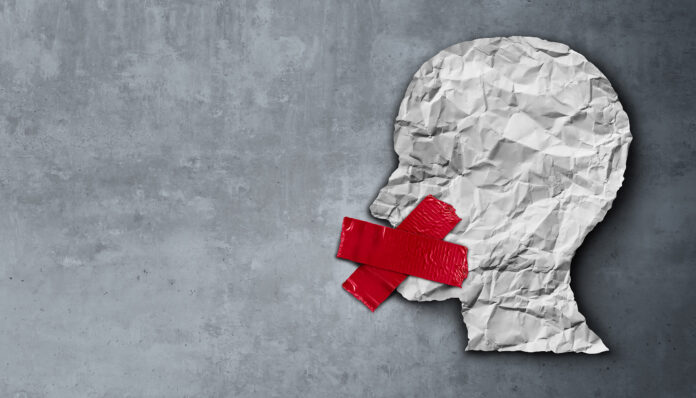 Picture this: you’re driving and the light changes from green to yellow. Judging the distance, you decide to apply the brakes. Now, just as you come to a stop, a car in the lane next to you goes flying through the intersection. You think to yourself, “that person is dangerous and irresponsible,” and you say to yourself, “I am glad I am not like that person, I am safe and responsible.” The other person is a villain, while you are a hero.

On the flipside, there’s bound to have been a few times when you were running late for an important meeting; maybe you got stuck behind a bus, then missed a light, and then, the light you were approaching turned yellow. You decided to speed through, judging that it was safe. In that instance, as you sped past the car stopped in the other lane, you were not a bad person and you were not a villain – you were just you, running late. No big deal.

This dichotomy is something we all experience. We attribute goodness and permissible behavior to ourselves, while at the same time attributing badness and poor behavior to someone else. This double standard is known as the Fundamental Attribution Error. The more we become aware that we do it, the less likely we are to fall into it.

Amid the unfortunate trend known as “Cancel Culture,” the Fundamental Attribution Error sits at the heart of one of three ways that people are being “cancelled.” As Christians, we follow and seek to imitate the mercy of our Father in Heaven, which makes Cancel Culture a real problem.

“Cancelling” can be defined as a way of behaving, especially on social media, in which it is common to completely reject and stop supporting someone because they have said or done something that offends you, with the goal that they are silenced, shunned, fired, relegated, etc. The principal error of this phenomena is that it lacks mercy. No apology is good enough for those who are “offended.” It also lacks respect for life, failing to see the other as a person, a subject, and instead making them into a mere object of scorn that needs to be eliminated. Once people can be relegated socially, causing them actual harm or physically eliminating them becomes a possibility.

The principal error of cancel culture is that it lacks mercy. No apology is good enough for those who are “offended.”

From what I can tell, those being cancelled fall into one of three categories: first, there are the people who behave in a bad way or hold a reprehensible belief, but these things are generally unknown; when they become known, the person is cancelled. Second, you have people who have something from their past that surface which reflects poorly upon them. The difference between them and the first group is that the thing from their past is no longer who they are; nevertheless, they get cancelled. Finally, there are people who live out traditional values and/or hold opinions which have become unacceptable by a segment of the population. These people have not been exposed nor are they living differently than in the past, they have just wandered into a part of our society where they are not welcome.

Let’s explore the errors behind how the above mentioned three groups are cancelled and a proper Christian context and response for each.

Every sinner has a future

Nobody would fare well if their vices were revealed. When people who are part of “acceptable” society are revealed to be scoundrels, the details become the fodder of the gossip hounds. Such things get lots of clicks and spark lots of interest on social media.

When people get caught up in the exposed misconduct of another, their own judgement or cancelling of them can give a counterfeit boost to their self-esteem and aid the Fundamental Attribution Error. It becomes easier to see the other as a villain and dismiss one’s own sinfulness, denying that we could ever travel down the path they have.

It’s also easy to forget that every sinner has a future. Many great saints have notorious pasts. Every one of us has done something reprehensible. It is precisely in moments when we are exposed or called out in our sinfulness that we need an opportunity to experience real conversion. A teenager who has been hiding a vaping habit is not cancelled by the parent who discovers it. This is a key opportunity for growth. The same goes for any person who is “found out.” There should be no condonement bad behavior, but Christians are called to show mercy; God does not cancel, and neither should we. Our goal is the conversion of the sinner.

An example from scripture which shows a model response is that of Jesus’ encounter with the woman at the well (John 4:4-42). She is actively living in sin. Jesus exposes her behavior and calls her out of it. This interaction is not punishing; rather, it sets her on a path of repentance which brings her entire village to conversion.

Every saint has a past

I once saw a magazine advertisement that encouraged parents to talk to their children about the dangers of smoking. The ad read, “It’s okay to be a hypocrite.” The meaning behind this provocative headline was that parents who smoked as teenagers should not be worried about talking to their own teenagers, encouraging them not to do what they did. It essentially asserted that doing something bad precludes a person from ever suggesting that others not do the same, lest they be called a hypocrite. This is an erroneous understanding of hypocrisy.

Learning from our mistakes is called maturing, not hypocrisy. Real hypocrisy is when a person holds up a standard that applies to everyone but claims an exemption for themself.

Another group of people getting cancelled are those who have something from their past which is uncovered. This includes things that were generally okay in society at the time, but are no longer acceptable, or things that were bad, but the person has matured and grown past them. Either way, the thing from their past is no longer a part of who they are. Nonetheless, the person’s past actions or statements are deemed unacceptable, and they get cancelled.

With this way of thinking, every one of us is forever tied to all our past opinions and actions. I remember solemnly pronouncing to my mother that when I grew up, I was going to eat candy for every meal; I was seven at that time. Nobody is holding me to that pronouncement and I’m not a hypocrite for eating steak and potatoes.

Every saint has a past. Think of Augustine who had an illegitimate child with a long-time concubine. Augustine was able to write about this in his Confessions because he matured and had a conversion.

We are not defined by our failures and none of us have “arrived.” We all need continuing formation or coaching. I think of today’s professional athletes, constantly surrounded by coaches who are analyzing their performance. This is done not to belittle them, but to make them better. What about us? We need to grow and become better, at every age.

Blessed are those who are cancelled

The third group that faces cancelling are those who speak the truth or hold firm to a belief. The paradoxical eighth beatitude comes into play here. Jesus tells us that persecution is a blessing. In this case, getting cancelled is a sign that you are doing something right. While we ought not to go looking for a fight, we shouldn’t be ashamed if someone knows that what we profess is in opposition to them and their world view.

In these instances, the word “bigot” gets thrown around as though holding a morality consistent with thousands of years of western civilization is a bad thing. The reality is that bigotry is not about a person’s opinion, rather, it is about their attitude and actions. A person is bigoted when they have or reveal an obstinate belief in the superiority of their own opinion and a prejudiced intolerance of the opinions of others.

This reminds me of the famous quote by Archbishop Chaput, “Evil preaches tolerance until it is dominant, then it tries to silence good.” Or the clever quip from the late Michael Crichton, “Historically the claim of consensus has been the first claim of scoundrels; it is a way to avoid debate by claiming that the matter is already settled.” Both quotes point toward an attempt by those who oppose the truths of the Catholic faith and morality to gaslight Catholics into thinking their beliefs are bigoted or passé.

The irony is that many people who label others as bigots are bigoted themselves. As Christians, we are called to hold firm to our beliefs, but not to be belligerent and/or intolerant. We ought to lead our lives in such a manner that our faith comes off as compelling not obnoxious.

The irony is that many people who label others as bigots are bigoted themselves. As Christians, we are called to hold firm to our beliefs, but not to be belligerent and/or intolerant. We ought to lead our lives in such a manner that our faith comes off as compelling not obnoxious.

For those who try to cancel us, it might have to suffice that we stand firm in the truth and accept their attacks. I recently congratulated a pastor for the graffiti that was sprayed on the side of his church. The message was clearly opposed to the Church’s teaching on human sexuality. I told him that it was a blessing and a sign that he was preaching a clear message. The people knew what to paint and on which building to paint it. This is part of living the eighth beatitude. While I don’t want to encourage a foolhardy approach to dealing with our adversaries, we need to be more courageous, living our lives in such a way that people know where to bring their bottles of spray paint and what to write. Let it not be said that our preaching of the gospel was unclear.

As St. Peter extolls us: “Beloved, do not be surprised that a trial by fire is occurring among you, as if something strange were happening to you. But rejoice to the extent that you share in the sufferings of Christ, so that when his glory is revealed you may also rejoice exultantly” (1 Peter 4:12-13).

In this confusing time, it is the role of the Christian to give a clear witness, a compelling response. While not condoning repugnant behavior or beliefs, we are called to show mercy to those being cancelled – to give them a path to repentance.

Understanding that we all have things in our past that are not part of our present, we need to promote a culture of magnanimity that recognizes that we are all on a journey and no one has arrived. By striving to improve, especially in virtue, we can set an expectation that does not dwell on past failures.

Finally, we must live our lives boldly centered on Jesus Christ and his gospel, praying for the courage to accept the harsh blessings when they come. May we, just as the Apostles and many disciples throughout history, rejoice in being “found worthy to suffer dishonor for the sake of the name” (Acts 4:40-41). 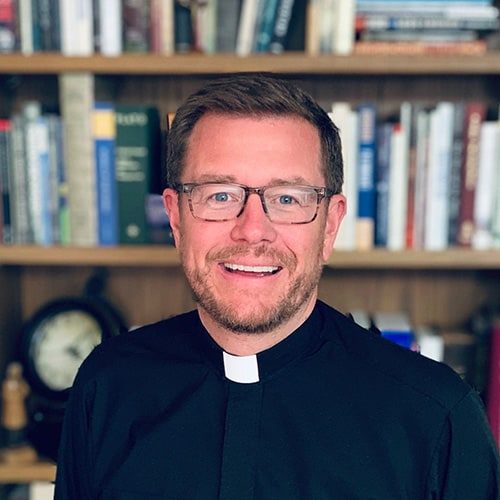