His Church. Our Experience.
Subscribe
HomeLocalHow can you tell if a problem is spiritual or psychological?
Local

How can you tell if a problem is spiritual or psychological? 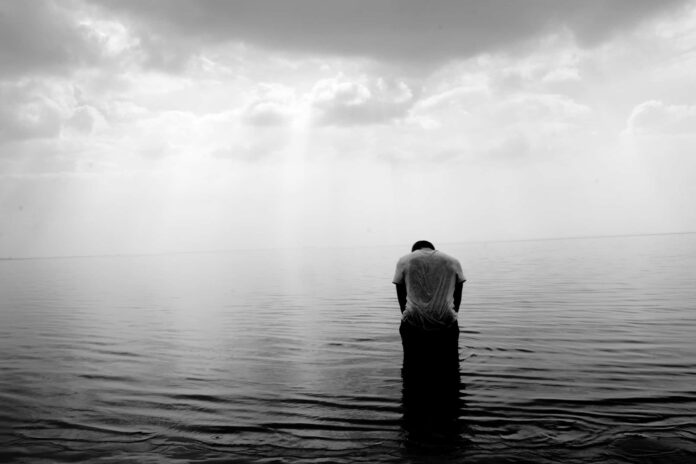 While it seems that culture still tends to fight the stigma of mental illness, Catholic psychologists say that it is lessening. A giant step.

However, for Catholics, because the spiritual and psychological have so much overlap, distinguishing a problem as a spiritual one or a human one can be difficult — and even then, they’re still very connected. Healing is actually a much more dynamic process, and one that God includes us in through human means.

“Generally, God uses the normal means for a person to heal. Sometimes, there’s a misconception that healing takes place at a retreat,” said Malise Lagarde Harold, director of the Catholic Counseling Service in the Archdiocese of New Orleans.

“We can associate healing with feeling good — being happy and feeling good are two different things,” Harold said.

She pointed out the tendency people have to confuse God’s voice in their human emotions, when emotions are just that: part of being human. The negative emotions that people may experience in healing or in making good decisions aren’t a solid indicator of where God wants us to be.

“God doesn’t speak to us through feelings, he speaks to us through the intellect; just because something feels good to them, that’s probably not a good way to confirm God’s voice. True happiness comes by way of virtue. When you make good and virtuous decisions and actions consistently, you’ll be happy, but it doesn’t always feel good,” Harold said.

“There’s a huge component of feelings, that, ‘If I don’t feel good, there must be something wrong,’ I think people confuse that. We have to remember that not all pain is bad. Someone can experience pain when he has done something wrong and that pain is a function of a properly formed conscience,” she added.

God doesn’t speak to us through feelings, he speaks to us through the intellect; just because something feels good to them, that’s probably not a good way to confirm God’s voice. True happiness comes by way of virtue.”

True peace is wholeness, but that is not always experienced as emotional peace.

“You might feel terrible, but you did the good and virtuous thing; instead of falling into negative rumination, you chose well,” Harold said. “There’s this week to week, ‘How did we work on that,’ forming habits and ways of thinking. When you’re mentally healthy, there’s more room for grace because grace builds on nature.”

“I think it’s important that Catholics understand that we have psychological problems, too, and it’s important to recognize that God uses the normal means of healing,” Harold added.

So how can you tell when a problem is more spiritual or psychological? How do you approach it? Do you need a spiritual director, a therapist, or both?

“Spiritual direction is more about where God is working in your life. With psychology, we help people be more aware of how God can help them find healing,” said Dr. Jim Langley, a licensed psychologist at St. Raphael Counseling in Denver.

Dr. Langley said that often, it’s best to have a spiritual director as well as a therapist — and sometimes, they may even work together. Especially when the line between the two is overlapping.

But there are ways to tell which is which, Dr. Langley said.

“What makes distinguishing [spiritual from psychological] is that evil can mimic psychological symptoms, when really the core issue is something spiritual. But the more common case, it’s two sides of the same coin. More often than not, they need both spiritual and psychological healing,” Dr. Langley said.

“Evil gets into our emotional wounds, that’s the most common one,” Dr. Langley added. “[But] if someone’s accessing the sacraments and deliverance prayer, and [it doesn’t go away], there’s a psychological problem that needs to be dealt with first.”

He also said that spiritual issues tend to be contained into one area of a person’s life, whereas psychological problems “affect them across the board.”

Like Harold, he stressed that healing best takes place in both realms — but it’s usually not a miracle cure.

“In order to address a spiritual/psychological wound, the first thing you need is God’s grace. And he also gives you the courage to do something about it. A huge part of healing is you participating in it,” Dr. Langley said.

Both Harold and Dr. Langley agreed that many people wait too long to get psychological help — and that these issues can be healed with the right treatment.

“I think when you have a problem, and nothing else has worked, and it’s still there, they’re waiting until they can’t feel that way anymore, they should get help sooner,” Dr. Langley said.

Some of the most common issues people should seek help for are anxiety, depression, grief work, trauma, marriage and family counseling, as well as two issues that are more common than people realize: perfectionism and pornography.

Perfectionism can become a form of obsessive-compulsive disorder or scrupulosity, said Dr. Langley. And therapy for pornography, along with spiritual help, can treat the underlying emotional wounds that led a person to the addiction in the first place.

In order to address a spiritual/psychological wound, the first thing you need is God’s grace. And he also gives you the courage to do something about it. A huge part of healing is you participating in it.”

“It’s hard because that’s a very taboo thing. People mention it at pulpits, and yet, people are so reluctant to get actual help. It’s a huge issue. Psychology is pretty darn good at dealing with these issues,” Dr. Langley said.

There’s no shame in therapy, and it’s something Catholics should seek to better live their vocation.

There’s also no shame in medication when it’s necessary; however, Harold suggests that it be used with more severe cases of mental illness.

“Research shows that medication for depression, for example, is no better than a placebo. It is a bit like a Band-Aid. The problem is that there is a lack of understanding of the cause of both anxiety and depression. Changing the perspective on the issue [that causes someone anxiety or depression] will remedy the disorder,” Harold said.

“Medication has a place, though, and should be considered for the more severe cases of mental illness where potential harm, injury or death come into play or those psychotic states which can benefit from some chemical stabilization.”