Can the Church tell me what to think on social issues? 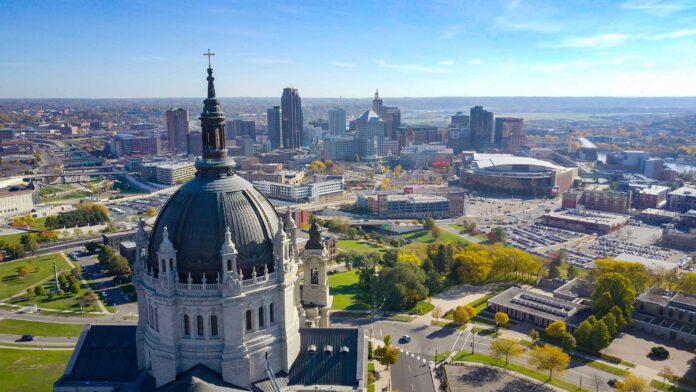 Is the Magisterium intruding in secular matters? Does dogma seek to “impose” its views on non-believers – or on believers – in matters that don’t pertain to religion?

Many Catholics who consider themselves “practicing” agree with the Catholic Church’s teaching on “faith and morals.”

Nevertheless, many also feel uncomfortable with the Church’s social doctrine, fearing it oversteps its boundaries by making statements pertaining to politics, economics, immigration, or related issues.

“We must distinguish between moral principles and policies,” said Dr. Terrance Wright, associate professor of philosophy at St. John Vianney Seminary in Denver, to the Denver Catholic. “The Church does not claim to be giving policies. Yet, it would be failing in its mission if it didn’t give moral principles to guide those policies.”

St. John Paul II also illustrated this point in “Sollicitudo Rei Socialis” by affirming that the Magisterium “does not propose economic and political systems or programs, nor does she show preference for one or the other, provided that human dignity is properly respected and promoted.”

This being said, “Two people of good faith could well disagree on a social policy,” affirmed Wright, “as long as both are trying to apply the moral principles of the Church.”

It is important to note that Catholic social teaching isn’t something alien to the moral order, but a component of it.

This is because men “are by nature social beings,” explained Wright. “It’s not something that’s added on – we are members of a family and a community.”

“The authority of the Church to teach on morals comes from Jesus himself,” affirmed Wright.

Christ’s teachings were impregnated with morality. It becomes evident in the Gospel: “‘If you wish to enter into life, keep the commandments.’”

He also intended his teachings and way of life to be proclaimed to all: “make disciples of all nations… teaching them to observe all that I have commanded you.”

The Magisterium recognizes that because its moral teachings are rational, they don’t only belong to the faithful, but to every human person.

“This is why it speaks of the natural law, which is man’s understanding of the divine law,” explained Wright. “This is not merely a matter of faith – it’s a matter of reason.”

A message for everyone

“The Church certainly does not only speak to the faithful,” Wright said. “It is speaking the moral truth and the truth is not selective – the truth is the truth.”

Since the truth is universal, it applies to all men, religious or not.

Thus, the Church calls all men and groups in society to recognize the truth and greatness of the human being. It’s – as John Paul II expressed it – “an expert in humanity.”

The mission of the Magisterium is not to control all aspects of human life and civilization, but to lead humanity to truth and justice.

Behind the idea that the Church should not speak on public topics, lies a common misconception: Life is divided into the private and public life.

This division implies that the Christian is not to “impose” his views on anyone outside of his private domain. It’s disrespectful and unprofessional.

“Strictly speaking, everyone is imposing something on everyone,” said Wright. “In a pluralistic culture, people try to convince individuals or groups on the way to proceed. So, it’s unjust for a Christian to be told to mind his own business and allow other people to apply their own thinking on him.”

In fact, it’s the mission of the laity to affect the secular order, as John Paul II said in “Christifideles Laici:” “[The lay faithful are] called by God so that they… might contribute to the sanctification of the world.”

“[What we believe] should affect what we do in the world – the political decisions that we make and what we support or [don’t] support,” said Wright.

“The immigration debate is a great example,” he added. “If you’re supporting policies that don’t recognize the dignity of the person or the family, then you are putting yourself outside of Catholic teaching.”

“It’s not easy to not separate our faith from our role in the world. We are also sinful,” Wright continued. “But I encourage people to take the time to learn [the Church’s Magisterium], appreciate what it’s trying to convey and think about how they can apply it in their lives.”

In many cases, people disagree with what they think the Church teaches instead of what it actually teaches.

For this reason, Wright encourages Christians to “take the time to study [Catholic social doctrine] and not take it to second hand.”

“It’s very sound theologically and philosophically,” he stated. “It’s a very rich way of thinking about our life and community.”

That’s not to say that people who have studied this doctrine more in depth can’t disagree. In these cases, however, dialogue is always important.

“Christianity isn’t easy – it’s a narrow gate,” Wright concluded. “But the better you understand it, the easier it is.”

Vladimir Mauricio-Perez
Vladimir is the editor of El Pueblo Católico and a contributing writer for Denver Catholic.
RELATED ARTICLES
Discipleship