His Church. Our Experience.
Subscribe
HomeLocalHow can a Christian live in culture?
Local

How can a Christian live in culture? 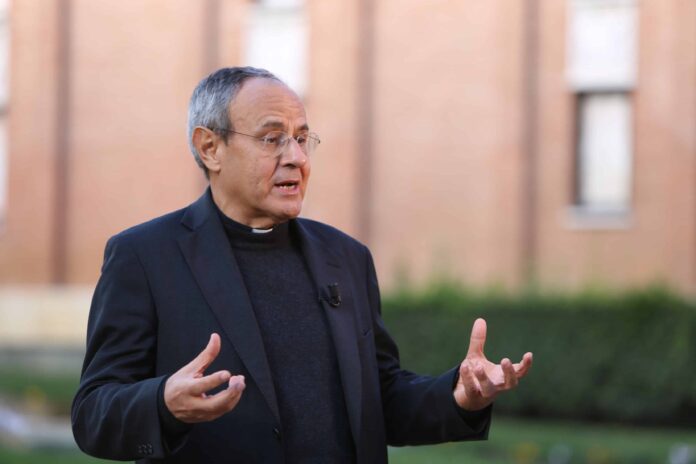 Following the release of his book Disarming Beauty in May, Father Julián Carrón, international leader of the Communion and Liberation movement, will be speaking in Denver next month on Oct. 10 at the Denver Press Club at 7 p.m. to discuss the themes and ideas he proposes in his book.

Curtis Martin, founder of FOCUS (The Fellowship of Catholic University Students), and Michael Huemer, philosophy professor at CU Boulder, will join him in the discussion, who will each speak for 20 minutes on their perspectives of the book and then ask Father Carrón questions.

Rather than doing a book tour, Father Carrón decided to have a dialogue about the ideas and themes in Disarming Beauty with local leaders, encouraging them to offer their perspective whether they’re Christian or not, and to examine the main point of his book: How does a Christian live in a culture that’s changed so much today?

“When I decided to publish this book, I tried to verify whether Christian faith could offer a contribution to the challenges we all are facing today,” Father Carrón told Denver Catholic. “I’m interested in meeting different people in order to enter in dialogue with them, to receive suggestions or criticism that allow me, and I hope others, to understand our time better and what the challenges are that the Christian faith has to face today.”

Following other recently-released books like The Benedict Option and Strangers in a Strange Land, which have also grappled with this same question, Father Carrón’s Disarming Beauty offers unique and provoking ideas.

“Our time is somehow unique. Many of the past certainties are collapsing before us. Many of us are bewildered without knowing how to deal with this situation,” Father Carrón said. “We are less presumptuous than in the past. We are more open to enter in dialogue with other’s experience. I’m convinced that this is a historical moment to show what Christianity is about.

“In a context of freedom, we can testify the beauty of the Christian faith without support other than its beauty,” Father Carrón continued. “I remain surprised by the reactions of different people before this way of living the Christian faith. They are so shocked that they discover a new interest for something that they considered definitively closed.”

Ultimately, Father Carrón responds to the question of the book by offering the idea that Christians need not fear culture or where it’s headed — we have Christ, and the time we are placed in for good reason is an opportunity for us to give a new kind of witness.

“Fear is a symptom of weakness of faith. Christianity doesn’t have panic facing today’s challenges,” Father Carrón  said. “Christianity was born in a context in which there were different versions of living Judaism (Pharisees, Sadducees, Essenes, ect.) and spread in a multicultural world, as the Roman Empire, soon after. Ancient Christians could communicate the newness of Christian faith without having been blocked by this multicultural environment. Why can’t Christians today do the same and look to our historical circumstances as an opportunity instead of an obstacle?”

The event, which is open to the public, is free. Following the discussion, books will be on sale and there will be an opportunity to meet Father Carrón at a no-host cocktail (self-paid drinks).

Holly Peterson, a member of the Communion and Liberation community who has helped organize the event, echoed Father Carrón’s sentiments in the book.

“I’m really excited about his desire, and the desire of other people, to dialogue about what he’s saying in Disarming Beauty, which is that there is this new cultural context [as Christians] that we shouldn’t be afraid of,” Peterson said. “Father Carrón is someone who is not afraid to dive into that context…[and say], ‘I’m disarmed because I am so full with Christ.’ I’m really excited for his perspective…we’re so afraid of different, politically, or with religions, but we shouldn’t be afraid.”