His Church. Our Experience.
Subscribe
HomeLocalWeek 3: Brett at Shrine of St. Therese in Pueblo
Local

Week 3: Brett at Shrine of St. Therese in Pueblo 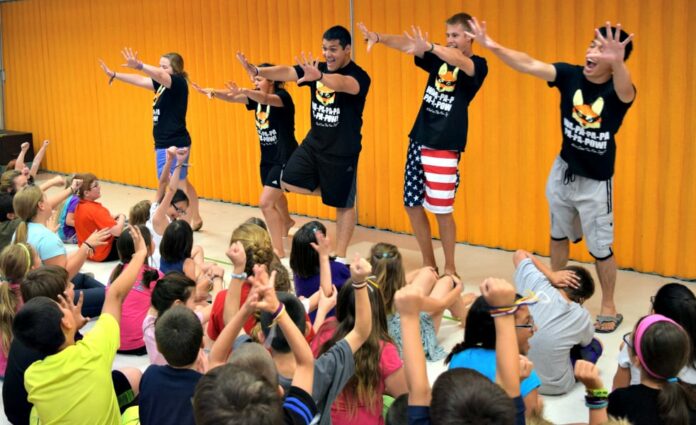 Two young adults—Brett Baeverstad and Summer Swisher—who are working as teachers in the youth summer program Totus Tuus being offered at parishes across the Denver Archdiocese, are writing a weekly blog about their experiences for the Denver Catholic Register. The week three column by Baeverstad is below.

Another week of Totus Tuus has come and gone. We spent June 16-20 in Pueblo at the Shrine of St. Therese. The week brought a lot of peace to the mission. The people of Pueblo were fantastic and a joy to be around. St. Therese has a beautiful community of families. I saw the true value of strong families and the impact they can make on a parish.

During our day program we had an amazing group of kids. Their passion for their faith is truly remarkable! I was impressed by the reverence and excitement the kids had for the sacraments. We had so many kids wanting to attend confession that we had to turn several people down every day. We even had certain kids that wanted to go several times throughout the week. They knew that by frequenting the sacraments, they were growing closer to God and they were receiving graces we talked about during our “power learning sessions.”

The kids not only showed passion for the sacraments but also for prayer. We teach the kids one of the luminous mysteries each day and then we pray that decade of the rosary. We had so many kids wanting to take one of the prayers in the decade that it was difficult to get through all of the kids and have each one of them participate. I am thankful for their passion and excitement because it makes it so much easier on us to get through the long days.

Our high school program had a smaller group than we have had in the past two years. This was actually very rewarding. Our relationships with the teens became quite strong. What was a quiet group the first night opened up throughout the week and we were able to have some of the most sincere conversations we have had all summer. One student in particular was able to find herself again through these conversations. She told the team after the last day that she had not laughed in a long time and that she was thankful she was now able to laugh again. This was so heartwarming. I am humbled that the Lord has allowed me to be a part of this student’s life and to help her find herself.

These interactions were as beneficial for the teachers as they were for the students. We were just as challenged by the students as we attempted to challenge them. It was a good reminder of the true mission: we are all called to be saints and as we pushed the teens to surrender to Christ, they pushed us to be the best version of ourselves.

I want to thank Pueblo for an amazing week and for inviting us into their diocese to teach. The mission of Totus Tuus came fully alive in Pueblo and I am blessed to have been a part of it.

Brett Baeverstad, 21, is a native of Fort Collins who is studying biomedical engineering at Colorado State University. This is his first summer teaching Totus Tuus. When he’s not studying, he enjoys spending time on the golf course, shooting hoops, skiing and doing anything outside where he can enjoy beautiful Colorado.