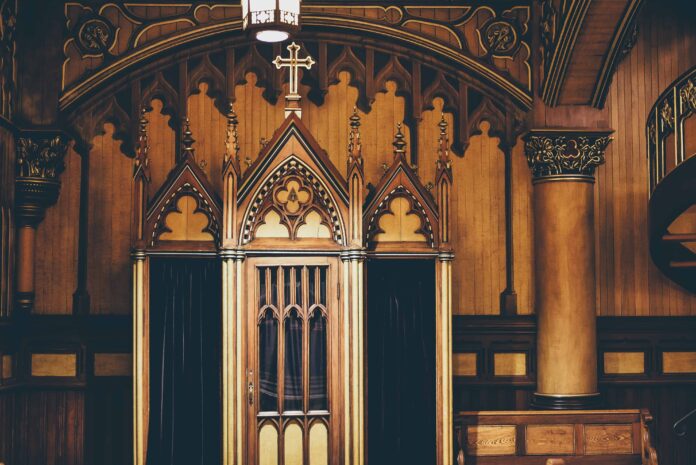 Sacramento, Calif., May 24, 2019 / 09:38 am (CNA).- State senators in California have voted to approve a law that would require priests to violate the seal of confession. Senate Bill 360 passed Thursday by an overwhelming margin, with legislators voting 30-2 in favor of the measure.

The bill would require priests to report any knowledge or suspicion of child abuse gained while hearing the confession of another priest or colleague.

In a statement released Friday, Los Angeles Archbishop Jose Gomez said he was “deeply disappointed” by the result and insisted that strong child protection measures did not require the violation of the sanctity of the sacrament of confession.

A previous draft of the law would have compelled the violation of the sacramental seal any time a priest came to suspect abuse from any penitent. In a statement released Monday, Gomez acknowledged the changes but said that “no government, for whatever reason, should violate the privacy and confidentiality of that sacred conversation.”

“SB 360 still denies the sanctity of confession to every priest in the state and to thousands of Catholics who work with priests in parishes and other Church agencies and ministries.”

The sacramental seal is covered by civil law in many jurisdictions around the world. The “clergy-penitent privilege” is widely regarded as a fundamental exercise of religious liberty.

The bill’s sponsor, California state Senator Jerry Hill (D-Calif. 13), has claimed that “the clergy-penitent privilege has been abused on a large scale, resulting in the unreported and systemic abuse of thousands of children across multiple denominations and faiths.”

The senator has claimed that such abuse has been revealed through “recent investigations by 14 attorneys general, the federal government, and other countries.”

Despite the volume of investigations into the clerical sexual abuse crisis no data exists establishing or indicating the use of sacramental confession either to facilitate or perpetuate the sexual abuse of minors.

Critics of the proposed legislation have noted that sacramental confession between accomplices is invalid unless in imminent danger of death, as is the absolution of a penitent who intends to reoffend.

Similar legislation is currently under consideration in Western Australia, following the recommendations of a Royal Commission report into clerical sexual abuse.

While the commission’s executive summary states that “the practice of the sacrament of reconciliation (confession) contributed… to inadequate institutional responses to abuse,” it does not provide data detailing the frequency of that contribution.

South Australia and the Northern Territory have already passed similar laws mandating that clergy report suspected abuse in violation of the seal of confession.

“I’ve received calls from the Archbishop of Perth, as has the [Prime Minister], but we think the time for discussion about this has passed,” McGurk said.

“I understand that is the Catholic Church’s position, however as a Government we have an obligation to put in place laws and to implement those laws to make sure that children in our community are safe and that is what we are doing.”

Canon law describes the seal of the confessional to be “inviolable”, and priests are “absolutely forbidden” to disclose the sins of a penitent “in any way, for any reason.” Violation of the seal by a priest is a grave crime against the faith and is punished by an automatic excommunication which can be augmented with other penalties, including dismissal from the clerical state.