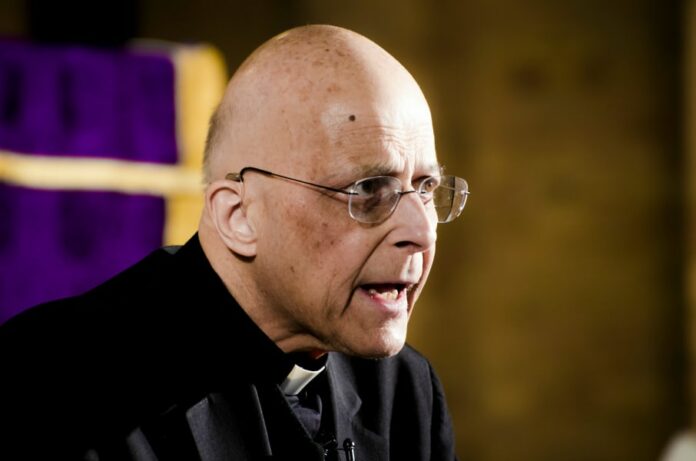 Archbishop Samuel Aquila remembers Cardinal Francis George, the retired Archbishop of Chicago who lost a years-long battle with cancer April 17, as “a true shepherd and faithful son of the Church.”

In a statement released that afternoon, the archbishop praised the cardinal’s life as “a testament to his love for Jesus Christ and devotion to the Blessed Mother. This same love moved him to place his strong leadership skills and towering intellect at the service of the Church.”

The 78-year-old cardinal, the first Chicago native to serve as archbishop of the windy city (from 1997-2014), had been fighting cancer since 2006, when he was first diagnosed with bladder cancer. After years of surgeries and procedures, he halted treatment in January.

“He will also be remembered for his great sense of humor and ability to relate well to people from all walks of life,” Archbishop Aquila said.

The archbishop also noted that Cardinal George delivered his last public talk in Denver, at the Institute for Priestly Formation symposium that was held in February at the St. John Vianney Theological Seminary.

“The Archdiocese of Denver is blessed to have been the place where Cardinal George delivered his last public talk, which was fittingly dedicated to the work of forming priests in the 21st Century,” said archbishop. “Those present heard a man of great courage and fidelity speak from the heart about his personal journey to the priesthood.”

“I ask that the faithful of the Archdiocese of Denver and all those of good will join me in praying for the repose of this gentle, loving and wise shepherd’s soul and entry into the eternal joy of Heaven,” the archbishop concluded.

Cardinal George retired as Archbishop of Chicago last year, and was succeeded by Archbishop Blase Cupich.

At a press conference April 17, Archbishop Cupich called Cardinal George “a man of peace, tenacity and courage,” and a “respected leader among the bishops of the United States.”

George Weigel, in a piece titled “Remembering the man who reshaped U.S. Catholicism” for National Review, praised Cardinal George as “a leader of world-class intellect,” and “in the best sense of the term, a free thinker.”

“And when it comes time to write his story in full,” the Denver Catholic columnist concluded, “he will be remembered as the most consequential archbishop of Chicago in the modern history of the Church — and a leader in American Catholicism whose intellectual and physical courage was instrumental in making the Church in the United States, for all its challenges and problems, the most vital in the developed world.”