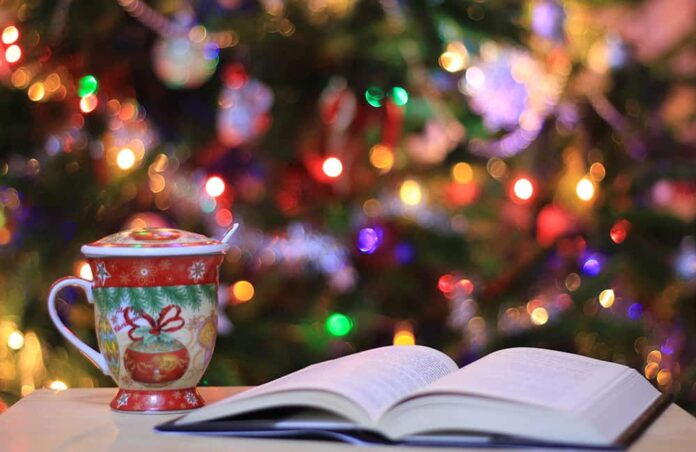 How bad a year has it been? Let me not count the ways. Good books can hearten us in 2021 and beyond, though. Herewith, then, some suggestions for Christmastide book-giving:

Prison Journal, Volume 1, by Cardinal George Pell (Ignatius Press): The remarkable spiritual diaries of an innocent man who would not be broken, who refused to be embittered, and who finally bested a corrupt media/legal complex hellbent on ruining him.

American Awakening: Identity Politics and Other Afflictions of Our Time, by Joshua Mitchell (Encounter Books): A highly original analysis of what ails America and an intriguing proposal for a biblically informed Great Awakening that can redeem us from the scapegoating now destroying the Republic’s cultural fabric.

What It Means To Be Human: The Case for the Body in Public Bioethics, by O. Carter Snead (Harvard University Press): A dissection of the false ideas of the human person that warp public policy today and the outline of a truly humanistic alternative. Professor Snead’s book should inspire everyone who believes there is more to freedom than doing things “my way” – and it might persuade some who haven’t understood that yet. Brilliant and entirely accessible.

Conciliar Octet: A Concise Commentary on the Eight Key Texts of the Second Vatican Council, by Aidan Nichols, O.P. (Ignatius Press): Exceptionally timely, given the torrent of nonsensical, conspiracy-mongering commentary now impeding Catholic efforts to live Vatican II’s teachings through the New Evangelization. Father Nichols’s book should be required reading in every seminary and every parish’s Christian Initiation program.

Eight Popes and the Crisis of Modernity, by Russell Shaw (Ignatius Press): The online and social media “debates” about the Catholic future are too often rebarbative because the combatants are woefully ignorant of the recent Catholic past that helps account for the Catholic present. I tried to do something about this in my 2019 book, The Irony of Modern Catholic History; Russell Shaw covers similar historical territory much more succinctly in this useful primer on How Catholics Got Where We Are Today.

Hope to Die: The Christian Meaning of Death and the Resurrection of the Body, by Scott Hahn with Emily Stimpson Chapman (Emmaus Road Publishing): It’s a sad fact of pastoral life that the Church’s pastors have largely ceased to talk about death: what death is for the Christian; what the “resurrection of the body” means for the future and for now; why the burial of the dead is, from a Christian point of view, preferable to cremation. Biblical scholar Hahn and co-author Chapman discuss these crucial topics with sensitivity to the traditions of Christian orthodoxy and the confusions of the present. Lots of apt Lenten homiletic material here; good spiritual reading, too.

A Most English Princess, by Clare McHugh (William Morrow): An impressive first novel about “Vicky,” daughter of Queen Victoria, and her marriage to the ill-starred “Fritz” Hohenzollern (the future German Emperor Frederick III), whose premature death was one of the factors leading to that civilizational catastrophe known as World War I.

Pluralism and American Public Education: No One Way to School, by Ashley Rogers Berner (Palgrave Macmillan): The next few years are going to be tough for the advocates of school choice. They should take comfort, and intellectual firepower, from this carefully reasoned argument that the virtual monopoly of state funds by government-run elementary and secondary schools is ill-serving future citizens, their families, and the American Republic. Without shirking difficult issues, Hopkins professor Berner makes a powerful plea for achieving serious educational reform by making a wider range of educational options more available to parents, especially poor parents.

100 Ways John Paul II Changed the World, by Patrick Novecosky (Our Sunday Visitor): A concise introduction to the extraordinary achievement of John Paul II and an invitation to dig deeper into his life and teaching; especially helpful for young adults who have no memory of the great Polish pontiff.

Gallimaufry: A Collection of Essays, Review, Bits, by Joseph Epstein (Axios): A cornucopia of insight and wit from one of America’s most engaging authors (and the best lunch companion imaginable).

The Ordeal of Gilbert Pinfold, by Evelyn Waugh (Back Bay Books): Why not mark the end of a hallucinatory year with a hilarious tale about a victim of hallucinations?

And then there is The Next Pope: The Office of Peter and a Church in Mission (Ignatius Press), which is also about every Catholic’s responsibility for the New Evangelization. I wrote it as a hopeful pointer into the Catholic future, and I’ve been pleased by those who’ve told me that’s what they found in it: hope for the future, amidst great challenges.