His Church. Our Experience.
Subscribe
HomeOn MissionFocusThe book mainstream media won’t talk about or want you to read
On MissionFocus 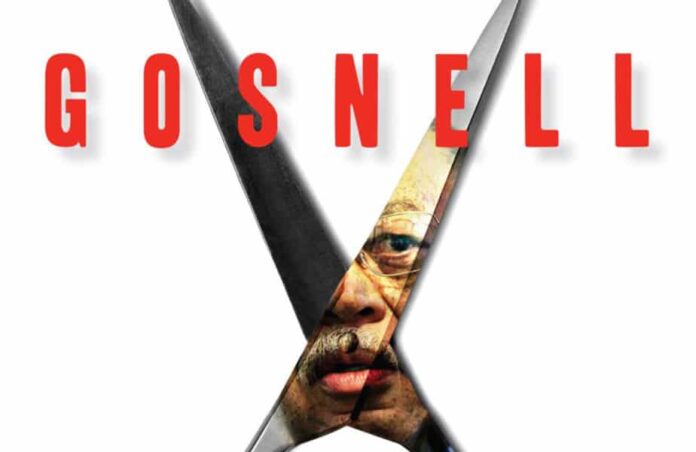 With 40 Days for Life starting March 1, it’s important to remember why we pray to end abortion. Here’s a little reminder, courtesy of a recently published book on the doctor convicted of murdering three babies in his clinic in 2013: Kermit Gosnell.

I vaguely remember hearing about Gosnell’s trial during its proceedings four years ago. And mostly, I remember that I didn’t hear very much about it.

The investigation, trial and conviction of abortionist Kermit Gosnell in the murder of three babies was grossly underreported in mainstream media — and what coverage they did manage was because pro-life activists, celebrities and other groups shamed them into it on social media.

Gosnell was only convicted in court for the murder of three babies, which means that’s all there was evidence for, beyond reasonable doubt. When the police, FBI and state department raided his clinic in 2010, they found 47 bodies of babies still undisposed of, who had all been killed with scissors, severing the spinal cord. There were two women who died in his offices because of neglect and/or malpractice. He was also convicted of running a drug mill through his clinic. And, of course, we’re not talking about the possibility that hundreds to thousands of babies had been murdered before this point, although evidence had been destroyed by the time the trial took place.

Gosnell: The Untold Story of America’s Most Prolific Serial Killer (Regnery Publishing, 2017) by Ann McElhinney and Phelim McAleer dives into and completely uncovers the entire story, from start to finish, of Kermit Gosnell’s abortion practice. And the investigation required for writing this book, written in a very no-nonsense style, truly puts mainstream journalism to shame — although they don’t need much help.

The story that unfolds is one of the most horrific revelations of not only the murder of infants that occurred on a daily basis at the clinic, but also of the corrupt bias of the entire abortion industry.

The book reveals that Gosnell literally got away with murder for decades because state department officials did not inspect his clinic or respond to reports, according to the grand jury report and McElhinney and McAleer’s own investigation.

“Women died in his clinic. Others were maimed. Still others were infected with STDs. Viable babies routinely had their necks slit and their bodies tossed in the trash. But nothing happened to him, and practically nobody cared, until one undercover narcotics cop heard about [a woman’s] suspicious death,” the authors wrote (Page 95). McElhinney and McAleer don’t shy away from any detail, and the research and interviews that they compiled for the story are extensive. In the introduction of the book, they even admit that they were never fans of pro-life activists. Until they came across this story and started digging. And the result of this book is some of the best journalism I’ve seen — not only because it honors the career’s vocation of exposing the truth in service of the people, but also because it uncovers one of the most covered-up crimes in the country, at the service of the lives lost who had no voice.

The ironic thing that stands out with this case, besides the press blackout, is how he was tried for murder for these babies born and killed outside the womb; it makes no logical sense whether the baby’s location being within the womb or without would make it murder or not. The location does not change the essence of the human person, nor does the location change the essence of the act itself. It is killing — location is irrelevant. Neither does the age of the baby alter the ontological personhood itself (many of Gosnell’s abortions were beyond the legal age limit). The life’s value, whether viable or not, is the same. But people can’t grasp ontological truths, apparently.

The quiet surrounding Gosnell’s story, both in that it happened and in that it was not told, does reveal quite loudly that at its heart, abortion is murder. Where and how it takes place might make it worse, but the act itself remains the same. It’s always killing. And an industry that is centered around that will always be corrupt because it is an industry founded on something evil, whether or not the industry claims good intentions. Good intentions never cover up an intrinsic evil or make it acceptable.

Gosnell is very revealing about this fact. The politicians, the media, the doctors themselves —they claim to help women and support their rights, but when it comes to actually ensuring women have quality care, they avoid doing their jobs. They don’t want to undermine the abortion industry. Well, this just revealed how far people will go to uphold a flimsy ideal rather than the actual people the ideal claims to protect.

Whether you think you’re well-versed and active in the pro-life movement or not, it’s valuable to revisit this truth every so often as a reminder of how horrifying it is. Gosnell’s practices are even more graphic and unbelievable to the babies and women he “treated.” And as a result of reading, we can recommit to doing our part to pray and take action against abortion and help women in crisis.

Now is the perfect time. For more information on 40 Days for Life and how to participate, visit 40daysforlife.com/local-campaigns/Denver.