His Church. Our Experience.
Subscribe
HomeLocalBlessed Frassati to serve as patron of new school
LocalSchool News

Blessed Frassati to serve as patron of new school 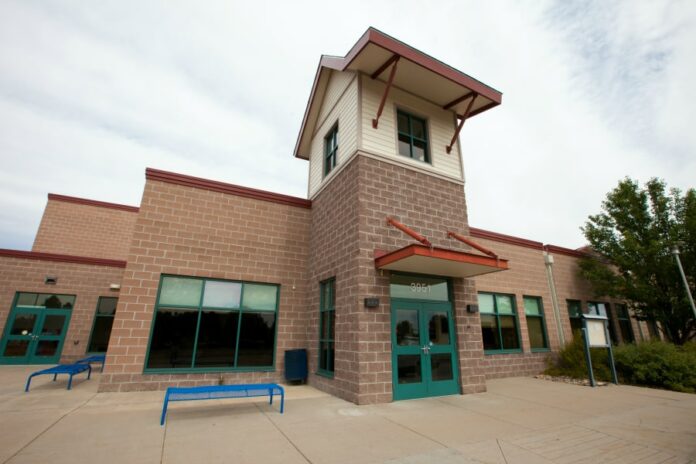 A new Catholic school featuring Blessed Pier Giorgio Frassati in its namesake is coming to the Archdiocese of Denver.

Frassati Catholic Academy is a new Catholic school in Thornton slated to open in Fall 2017. Named after Blessed Frassati himself, Frassati Academy will be firmly Catholic in its approach to education and provide the highest-caliber educational experience to its students. The school will adhere to the classical model of education, which has time and time again proven to be extremely beneficial and effective in terms of academic success.

“Frassati Catholic Academy, with its classical approach to education, is a wonderful addition to our 35 existing Catholic elementary schools,” said Archbishop Samuel J. Aquila. “Given the growing Catholic population around Thornton, we desire to offer a new opportunity to help form your children both spiritually and academically.”

Frassati Academy is located in Thornton at 133rd Avenue and Colorado Boulevard, a location that is bursting with growth and is home to a large Catholic presence. The location was determined to be appropriate after studying population and demographic data.

The purchase of Frassati Catholic Academy was announced at Masses in the surrounding parishes over the weekend. It is the first new archdiocesan school to open since Our Lady of Loreto in 2012, and is also the first regional school in the archdiocese, which seeks to serve those students in the area who do not have a school attached their parish.

The building itself, which was formerly a charter school, is in “tip-top shape,” said Kevin Kijewski, Superintendent of Denver Catholic Schools. The building was constructed in 2003 with an addition made in 2008, and it remains in gre¬at condition.

“Part of our new vision for Catholic schools in the archdiocese is to offer new academic configurations and specialties that are appealing to parents,” Kijewski said. “Frassati Academy helps to fulfill a need and desire in the northern Denver suburbs.”

‘Man of the Eight Beatitudes’

Archbishop Aquila named the school himself, saying that Blessed Frassati is an excellent role model for young people.

“Blessed Pier Giorgio Frassati serves as a great example for young people today, especially here on the Front Range,” Archbishop Aquila said. “He is known as the man of the beatitudes, a title which speaks to living out the faith with authentic joy. We believe he is an excellent patron for this new school.”

Born April 6, 1901, in Turin, Italy, Blessed Frassati was an astute student and a fierce defender of the Catholic faith. At the age of 17, he began studying to become a mining engineer to “serve Christ better among the miners,” he once told a friend, and devoted much his spare time to serving the sick, needy, orphans and World War I veterans. In 1919, he became involved in political and social activist groups that promoted Catholic social teaching, and played a crucial role in the first convention of Pax Romana, an organization that called for unification among Catholic students throughout the world for the purpose of working together for universal peace.

At times, Blessed Frassati was known for physically defending the faith, getting into the occasional scuffle with anticlerical Communists and Fascists. Even so, his heart was in the right place. He stood for social justice and took every opportunity he got to lead others to Holy Mass, to read Scripture, and to pray the rosary.

Blessed Frassati contracted poliomyelitis at age 24, and died on July 4, 1925. At his funeral, the streets were filled with the poor and suffering whom he served during his life, a show of overwhelming support for a man Pope John Paul II dubbed “Man of the Eight Beatitudes” in 1977 while attending an exhibit about Blessed Frassati’s life. Of him, the Holy Father said, “Behold the man of the eight beatitudes who bears in himself the grace of the Gospel, the Good News, the joy of salvation offered to us by Christ…” On May 20, 1990, Pope John Paul II beatified Pier Giorgio Frassati.

The classical model of education, as its name suggests, dates back to as early as the 6th century. It strives to lead students to discover knowledge and truth that is ordered, coherent, integrated and is rooted in the wisdom of the past, particularly in Western civilization such as Greece and Rome.

The three primary pillars of classical education, sometimes called the trivium, are grammar, logic and rhetoric. Furthermore, the study of Latin, art and music is integral to classical education. In the early grades, exploration and memorization are encouraged, and as students progress to higher grades, they transition from memorizing to engaging in learning activities that stress synthesizing ideas across academic subjects.

“If you read through the Holy See’s teachings on Catholic schools, there are five benchmarks for what Catholic schools should look like, and I think Catholic classical education meets those benchmarks in abundant and wonderful ways,” Seeley said. “Classical education prepares students for 21st century leadership. One of the key components is trying to teach students how to learn anything that they need to know, and because we teach them to learn and inspire in them a desire to learn, they’re going to be very effective at adapting to situations that change all the time.”

Coupling a classical education with a Catholic foundation has proven to be extremely successful, and one local school has exemplified this. Our Lady of Lourdes school in Denver was one of three schools featured in a recent article published by the Catholic World Report highlighting two key elements that appear to increase enrollment in Catholic schools: “embracing and proclaiming a Catholic identity, and switching to a classical curriculum.” In the midst of dropping attendance, Our Lady of Lourdes Principal Rosemary Anderson switched the school to a classical model of education beginning in 2011, and since then, their enrollment has increased drastically, jumping from 90 students in 2011 to 175 as of January 2016.

As a Catholic school in the classical tradition, Mass and prayer will serve as the foundation of Frassati Academy’s curriculum. Religious formation will be fostered among the students with a weekly Mass in addition to support by parish priests from around the local area.

Priests will also play a crucial role in the operations of the school. Frassati Academy will be governed by a board that includes local pastors of the region, who will ensure the school remains on mission.

“This regional governance will include pastors from parishes in the local area,” said Father Randy Dollins, vicar general for the Archdiocese of Denver. “While the archdiocese will own the school, the pastors will help to ensure effective leadership and finances for many years to come.”

Denise Campbell is the newly-hired director of curriculum and instruction for the Office of Catholic Schools, but she is also overseeing Frassati Academy as its interim director.

“Frassati Academy will offer the highest quality Catholic education possible,” Campbell said. “I am very excited to be a part of this growth and innovation in the Archdiocese of Denver.”