His Church. Our Experience.
Subscribe
HomeOn MissionFamilyBlessed ‘Conchita’ a model for wives, mothers and lovers of Christ
On MissionFamilyLocalStories

Blessed ‘Conchita’ a model for wives, mothers and lovers of Christ 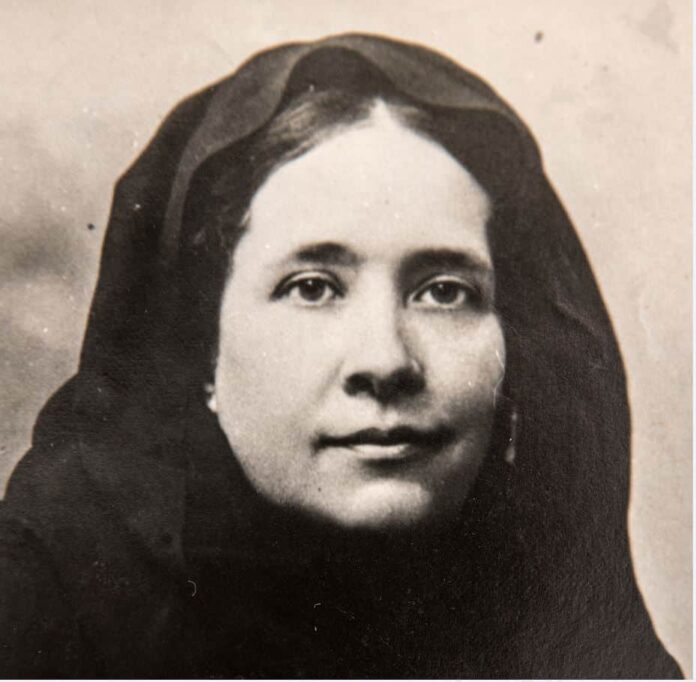 Can a married woman say that her soul belongs to Christ?

Can a mother find time to pray, receive daily communion and attend spiritual direction? Can a widow, after having nine children, found lay communities and religious congregations? Concepción Cabrera de Armida, better known as “Conchita,” responds affirmatively to all these questions. She was beatified in the Basilica of Our Lady of Guadalupe in Mexico City May 4.

To know more about the life of this holy woman, the Denver Catholic spoke to Sister Claudia Govea, member of the Sisters Missionaries of Charity and Mary Immaculate, a congregation belonging to the Family of the Cross, which lives out the spirituality of the Cross inspired by the revelations made to Conchita, and is present in Denver.

When she was 13, Conchita met Francisco (Pancho) de Armida, who would become her boyfriend for nine years. “Courtship never disturbed me in the sense that it made me belong less to God,” she wrote. “It was easy for me to join both things.”

Sister Claudia, also originally from San Luis Potosi, Conchita’s home town Mex., says she “was very pretty and led a normal life… When she saw people criticizing others, she would interrupt them by telling a joke so that people would laugh and change topic.”

Before getting married, she asked her fiancée, Pancho, to let her receive Communion daily, and he accepted. They got married Nov. 8, 1884, when she was 22 years old.

“My husband had a very violent personality, he was like gunpowder, and when the fire had passed, he would calm back down embarrassed,” she confessed. “But after a few years, he changed so much that his mother and sisters were amazed. I think it was due to grace and the continuous filing the poor man had to endure with [me as] the sand paper and flint.”

Conchita and Pancho had nine children. Two of them became religious: Manuel, their third child, became a Jesuit priest; and Concepcion, the fourth, joined the order of the Religious Sisters of the Cross of the Sacred Heart of Jesus.

Four children got married: Francisco, Ignacio, Salvador and Guadalupe. The other three died at an early age: Carlos, 6; Pablo, 18; and Pedrito, the youngest, who drowned in a fountain near his house at the age of 3.

“He was by my side a few moments before that happened; when he went outside, other kids say he said he was getting water for the birds. There were three maids by the fountain and none of them saw him fall in,” Conchita wrote. “I went to the foot of the big crucifix and, pouring my tears on his feet, I offered him the sacrifice of my son, bowing and asking him to fulfill his divine will in me.”

Sister Claudia said that in the process of beatification, this event was researched extensively, and it was concluded that it was not due to neglect from Conchita, since “it can happen to any mother.”

The holy mother “built many relationships with bishops, was obedient to her spiritual directors,” Sister Claudia said. “And at the same time, she cooked and was able to read, pray, teach her kids to pray, talk to her spiritual director, visit the sick — she always looked for a way to help; as a wife, she never neglected Francisco, whom she truly loved.”

Conchita tried to give practical advice to her children, married or religious. “Never use harsh or offensive words against Elisa,” she wrote to her oldest son Francisco when he got married.  And she said to her religious daughter, “Such precious jewel was not meant for the world: The Lord chose it for himself.”

Her husband Francisco died when she was 39 years old. “I have felt the divine scalpel in my soul, cutting everything that kept me attached to earth,” she wrote in her diary. “I made sure he went to confession and received Viaticum in advance… I said many prayers for the dying for him.”

In 1894, Conchita started having the so-called “Apparitions of the Cross” while she was praying before the Blessed Sacrament. “First, the Holy Spirit appeared to her, whom she saw surrounded by a great light; and then she saw a cross after Communion,” Sister Claudia said.

On the cross, Conchita saw a heart. “It was a living heart, pulsating, human, but glorified; it was surrounded by fire… and above it, a different type of fire emerged from it, a fire of better quality,” she described. There was a small cross on the heart, which “represents the pain on the cross that the souls of those God most trusts cause him — at times consecrated ones,” Sister Claudia explained.

Thus, Conchita understood that her mission was to save souls, and one of the ways she could do so was by offering up her daily crosses and sufferings. After this experience, and with the spiritual direction of Father Félix de Jesús Rougier and Bishop Ramón Ibarra y González (the first bishop of Puebla), the Apostolate of the Cross was established.

In some of her revelations, Jesus showed his concern for priests: “[Tell them] not to fear… that if they have offended me, I am God’s forgiveness; that they have a brother, son, mother, father, God-man in me, who loves them… who extends his arms and wants to save them, embrace them against the heart that let itself be torn so that all priests could fit in it, to transform them in me, their Jesus, all mercy and goodness.”

Her revelations are in perfect congruence with the Magisterium of the Church and are found in 66 volumes of manuscripts. “Towards the end of her life, she was tempted to think that none of these occurrences were true,” Sister Claudia said. “Nonetheless, she had faith and died in the odor of sanctity.”

She died March 3, 1837. Sister Claudia said that, for the Family of the Cross, “her beatification is the sign that certifies that, if we are faithful to our spirituality, we will live according to the Gospel and God’s will.”