Black Catholics on the way to sainthood: Servant of God Thea Bowman 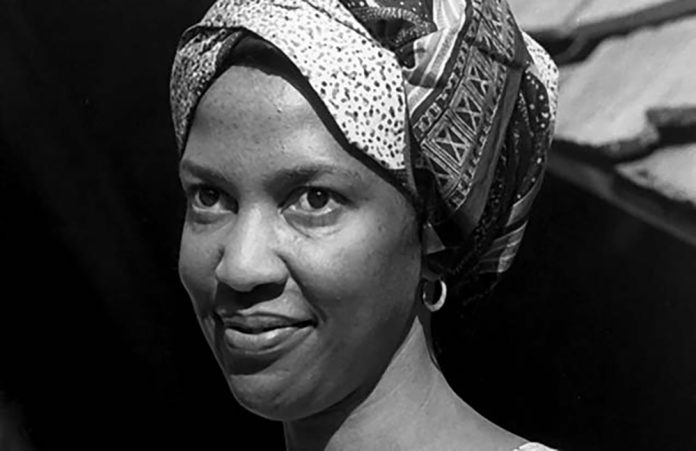 For Black Catholic History Month, the Office of Black Catholic Ministry is pleased to present the documentary “A Place at the Table: African-Americans on the Path to Sainthood”  for free, in collaboration with FORMED and the Augustine Institute. Servant of God Thea Bowman is featured in the documentary. To watch, visit formed.org/signup, search for your parish and sign up under that parish.

Hailing from the Deep South, Bertha Elizabeth Bowman was born in Yazoo City, Mississippi. Though she grew up Protestant, she decided to convert to Catholicism at the young age of nine, with the permission of her parents.

From there, Bowman dove into the faith, attending Catholic school. She would later join the Franciscan Sisters of Perpetual Adoration in La Crosse, Wisconsin at the ripe old age of 15.

Over the next decades, she would go on to earn a Bachelor’s, Master’s, and doctorate, no doubt one of few women of color to do so in the 1960s and 70s.

After her lengthy studies, Bowman returned to education, this time on the other side of the desk. She taught in multiple schools in La Crosse, her home state of Mississippi and Xavier University in New Orleans, the only Catholic historically black university (HBCU) and the first Catholic university founded by a saint, namely St. Katharine Drexel.

Sister Thea was known for her efforts in education, as well as her work with inculturating the faith into the Black Catholic milieu. Having written and spoken on the topic, she was invited by her bishop to become a consultant for intercultural awareness in her diocese, the Diocese of Jackson, Mississippi, in the Deep South.

From then on, she traveled nationally and internationally giving talks, reflections, and presentations — from Hawaii to New York, Canada to Kenya.

In 1984, Sister Thea was diagnosed with breast cancer, a vicious disease of which doctors had little understanding at the time. Even amidst the intense treatments, Sister Thea continued spreading her “ministry of joy” around the world. Her fame spread largely because of her joy in the midst of her profound sickness and suffering.

Shortly before her death, she was quoted on 60 Minutes sharing, “I think the difference between me and some people is that I’m content to do my little bit. Sometimes people think they have to do big things in order to make change. But if each one would light a candle we’d have a tremendous light.”

Servant of God Thea Bowman, pray for us!

André Escaleira, Jr.
André Escaleira is the Digital Media Specialist for the Archdiocese of Denver. Originally from Connecticut, André moved to Denver in 2018 to work as a missionary with Christ in the City, where he served for two years.
RELATED ARTICLES
Canonization