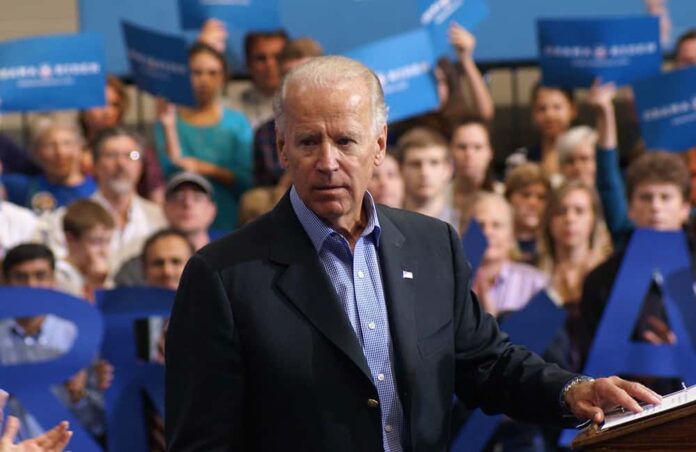 Given the seriousness with which the post-Watergate Washington Post takes itself, it seems unlikely that its editors strive for hilarity in devising headlines. Whatever their intention, though, they managed the not-inconsiderable feat of making me laugh out loud at breakfast on May 20, when the headline on the jump from a page-one story about former vice president Biden’s current campaign read: Biden’s team says there’s no need for Democrats to stampede toward the left.

Indeed, boys and girls, there is not. For judging by the positions taken by most of its two dozen presidential wannabes, the party is there already, firmly stationed in the farthermost left field bleachers of American politics. The evidence? Widespread support for infanticide, cloaked in the guise of promoting “women’s health.” The inane “Green New Deal.” The historically illiterate fascination with socialism (which has never worked and never will). Medicare for all. (Have any of the ladies and gentlemen proposing this ever dealt with the Medicare bureaucracy?) Disdain for the conscience rights of medical professionals who refuse to participate in the culture of death. The fulsome embrace of transgender ideology, despite its refutation by scientific evidence. Packing the Supreme Court. Eliminating the Electoral College (and thereby dismantling American federalism). The pre-mortem beatification of James Comey. (OK, I’m making that one up….but stay tuned.)

That Post headline was all the more ironic in that Mr. Biden, whose “moderation” is evidently not without limits, recently recanted his heresy in previously supporting the Hyde Amendment (which bans federal funding of abortion save in cases of rape, incest, and direct threat to a mother’s life), telling an ACLU volunteer that the amendment “can’t stay.” Rather a far cry, that, from the letter Biden wrote to a Delaware constituent in 1994, in which he bragged at having “consistently – on no fewer than 50 occasions – voted against federal funding of abortion.” But that was then, this is now, and the stampede is on, no matter what those Biden aides are telling gullible journalists.

Joe Biden is by no means the only presidential candidate or politician bending to ideological extremities of one sort or another today. But his case is of particular interest to Catholics, for Biden famously wears his Catholicism on his sleeve – perhaps most memorably on May 2, 2011,when he was photographed in the White House Situation Room with a rosary entwined in his fingers, while he, President Obama, Secretary of State Clinton, and others awaited reports on the SEAL Team Six raid that brought Osama bin Laden to justice.

Yet a year later, the same Vice President Biden was filmed dancing merrily in the aisles at the 2012 Democratic National Convention, holding up a pro-choice placard during a demonstration celebrating the legal killing of unborn children. How can this be?

In can be, in part, because of the way the “consistent ethic of life,” which some are trying to resurrect, has been twisted out of shape by politicians, and by partisans looking for cover for their favored candidates.

I, for one, have no doubts about the pro-life credentials of Cardinal Joseph Bernardin, principal promoter of the “consistent ethic” in U.S. public policy debates. But decades after the Chicago prelate first proposed linking Catholic pro-life advocacy to other issues involving the defense of the dignity of the human person and, in Bernardin’s case, nuclear arms control, the effect of the “consistent ethic” argument is clear: it has provided cover to Democratic politicians who either buy pro-“choice” ideology, or who fear challenging the well-financed and quite implacable pro-abortion forces in their party, by allowing these solons to suggest that they’re batting .333, or .500, or even .750 on the “life issues,” because of their stand on health care, or immigration, or nuclear non-proliferation.

Those are not inconsequential issues; they have serious moral dimensions; they surely involve the dignity of the human person. But they do not, and cannot, substitute for the grave moral obligation to reverse the abortion license, the lethal logic of which now extends to the infanticide of children who somehow manage to survive the “procedure” (according to the governor of Virginia and more than a few Democratic presidential aspirants).

Some may imagine Cardinal Bernardin applauding, or at least tolerating, Joe Biden’s flip on the Hyde Amendment. To do so, however, is to dishonor the cardinal’s memory, while continuing to let self-seeking politicians distort the meaning of “Catholicism” in American public life.

Share
Facebook
Twitter
Linkedin
Pinterest
Email
Print
Previous articleLate St. Joseph deacon ‘reached out into the peripheries’ during ministry
Next articleGet away to pray: Encounter God at one of these retreat places near Denver this summer