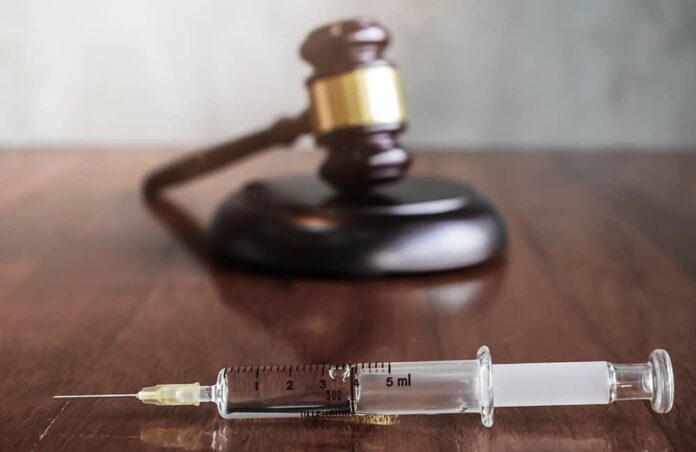 The moratorium is not permanent policy and federal execution can resume at any time if given approval by the current administration. Federal prosecutors are also allowed to continue seeking the death penalty in criminal cases. Thus, while inmates are no longer being executed, the death penalty is still present in the United States’ judicial system.

While the moratorium of federal executions is a step toward embracing a culture of life, more needs to be done to eliminate the death penalty in the United States.

In A Culture of Life and the Penalty of Death (2005), the United State Conference of Catholic Bishops (USCCB) wrote, “the state has the recourse to impose the death penalty upon criminals convicted of heinous crimes if this ultimate sanction is the only available means to protect society from a grave threat to human life. However, this right should not be exercised when other ways are available to punish criminals and to protect society that are more respectful of human life.” Furthermore, “Church teaching on the life and dignity of every human person should guide all our decisions about life, including the use of the death penalty. We are called to reflect on what the Lord’s command, ‘You shall not kill’ (Ex 20:13) means for us today.”

To end someone’s life prematurely is to rob that person of the ability to repent of their sins and turn towards Christ. As Bishop Stephen Berg of Pueblo has stated:

“Indeed, I have witnessed the return to the faith of the most hardened criminals. The death penalty, while it might offer a sense of short-term justice, only adds to the cycle of violence and takes away this opportunity for conversion.”

The permanence of an execution also presents the possibility that an innocent person will be executed for a crime for which they were wrongly convicted. Since 1973, 185 individuals on death-row have been exonerated of charges due to a wrongful conviction. That means that approximately four wrongly convicted people on death-row have been exonerated every year since 1973. Once the death penalty is administered, the sentence is final.

Additionally, public approval of the death penalty has seen a steady decline since 1972. In a 2019 Gallup poll, 60 percent of respondents said that life imprisonment was a “better penalty” for murder than the death penalty.

Colorado is a national leader in promoting life for the incarcerated. On March 23, 2020, Colorado Governor Jared Polis signed Senate Bill 20-100, repealing the state’s death penalty, making Colorado the 22nd state to remove execution as a sentence. In his public testimony on the issue Denver Auxiliary Bishop Jorge Rodriguez stated:

“The Catholic Church, many other Christians and many other people of faith believe that human life is sacred from conception until natural death. We believe that, because God made us in his image and likeness, it is not possible to lose the dignity that confers to our lives. We are, as Jesus said, his brothers and sisters, even if we have committed great crimes or sins.”

The federal government should follow Colorado’s example on the death penalty and make the moratorium of federal executions permanent. As a Catholic, President Biden should work to promote the sanctity of life and ensure that every human is ensured the right to life from conception to natural death. While his administration’s decision to halt federal executions is admirable, more action is needed to foster a culture of life in the United States.

For regular updates from the Colorado Catholic Conference and other information, please sign-up for the CCC legislative network here.

Colorado Catholic Conference
The Colorado Catholic Conference is the united voice of the Catholic bishops of Colorado in public policy. Basing its mission on the Gospel of Jesus Christ, as expressed in Catholic social teaching and the consistent life ethic, the Conference acts cooperatively to insure a dignified and productive life for all Coloradans and provides opportunities for Catholics in Colorado to carry out their responsibility to participate in political life.
RELATED ARTICLES
Catholic News Agency