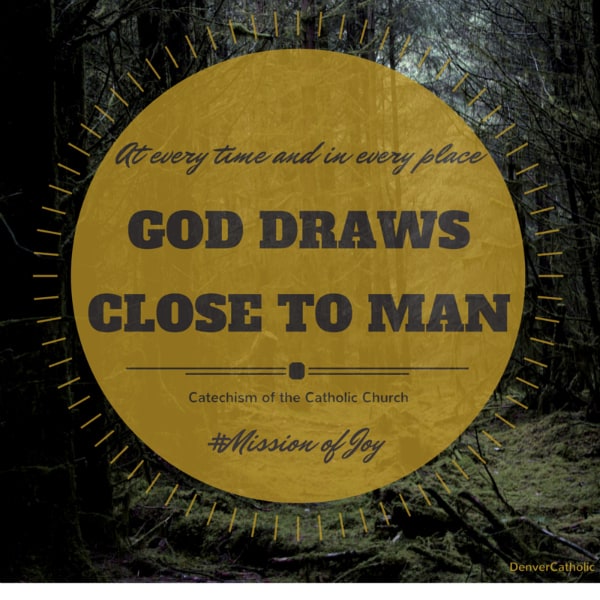 Social media users responded enthusiastically to the #MissionofJoy campaign, on the same day as the U.S. Supreme Court’s ruling on same-sex unions.

Author Sherry Weddell said the most important aspect of the campaign—and for Christians in general—is to remember hope.

“God is still here. We are not helpless,” Weddell said.

The #MissionofJoy campaign is a social media initiative to inspire hope, courage and charitable dialogue in light of recent cultural events.

Weddell shared the campaign on her Facebook page and in her discipleship forum, and said the response was unusually robust.

“I thought it was a slow Friday afternoon,” Weddell said. “I was wrong. The numbers of people who were sharing were so high—I was really stunned.”

Weddell is the author of “Forming Intentional Disciples: The Path to Knowing and Following Jesus” and the co-founder of the St. Catherine of Siena Institute, which seeks to help parishes form lay evangelists.

Weddell said she received a total of over 600 likes and 200 shares on Facebook, which is abnormally high. She says she thinks the positive response is linked to her followers’ desire for hope.

“At that point, what we were hearing and seeing online was people telling us that the situation was grave and asking what we could do,” Weddell said. “There was a definite hunger at that point to have a positive response. These people were saying “yes” to glorifying God instead of being a victim.”

She said she looked to other times in history when the Church’s beliefs were challenged and saw that innovative missionary action as a response to God’s grace has consistently led to a revitalized Church.

“We’re in one of those turning points. If we turn again to God and offer ourselves together, it can be a real turning point of creativity and initiative. But what will make the difference is how we respond,” Weddell said.

Other ministries and dioceses began to follow the campaign as well. The Archdiocese of Detroit created several social media postings and asked their followers to be missionaries.

Jonathan Francis, web content specialist at the Archdiocese of Detroit, said they had also experienced a strong response to the campaign.

“We’ve received great feedback from our social media followers. Many of our followers expressed that our posts have given them inspiration and hope in the midst of despairing news,” Francis said.

Francis said another benefit of the campaign was that for the first time in his career, he saw dioceses across the country work together to promote a message of hope.

“We are thrilled to finally be able to collaborate with different dioceses’ across the country,” Francis said. “It’s encouraging knowing that we can give joy and hope to Catholics around the world. This is especially true today when the Catholic faith and it’s worldviews are at odds with the majority of our country. The partnership of dioceses’ social media teams has been long overdue and we believe that this is just the beginning of many more future collaborations.”

The National Catholic Register and parishes across the country also joined the campaign. Some posted their wedding photos or pictures with families with the hashtag, while others chose to make images with inspiring quotes.

Weddell said responding with joy is the mark of true disciple.

“It’s a sign of strength to retain your peace, to retain your confidence in God, and with your courage and joy and generosity of spirit share the truth of what we believe without attacking. It’s compelling when people encounter that,” Weddell said.

You can participate in the campaign by: