His Church. Our Experience.
Subscribe
HomeLocalBe a part of the ‘Nine Choirs of Angels Giving Society’
Local

Be a part of the ‘Nine Choirs of Angels Giving Society’ 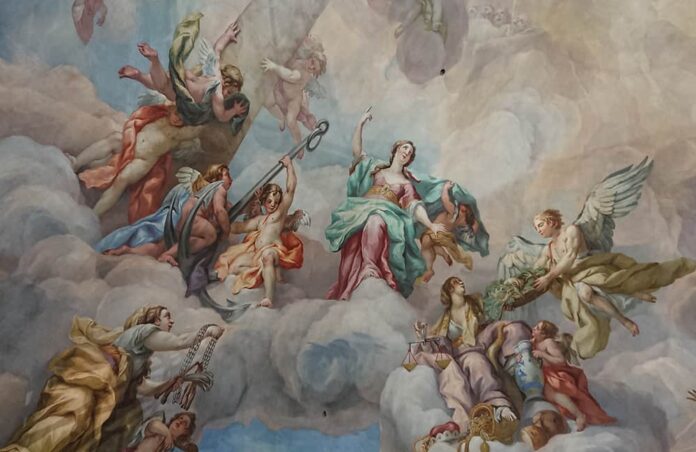 Have you ever wondered about the role of angels in the spiritual life?

Angels are spiritual, immortal beings who possess superior intelligence and power to mankind. For millennia, they have captivated the human imagination. Many people turn to the angels for their protective guidance, while others are fascinated with their God-given attributes. They were created by God to serve as his messengers and workers. Throughout human history, angels have played essential roles in communicating God’s plan to and for mankind, such as the announcement of the Incarnation by the Archangel Gabriel to Mary.
Holy Scripture and theologians classify angels into the following nine choirs or hierarchies:

Seraphim
Spiritual beings with three pairs of wings who ceaselessly minister before the throne of God and continually proclaim, “Holy, holy, holy, Lord God of Hosts.”

Cherubim
Four-winged angelic beings who possess a profound knowledge of God, serve as guardians of his glory, and contemplate his wisdom.

Dominion
Supernatural beings of leadership and authority who govern the universe and assign duties and missions to the lesser choirs of angels.

Virtue
Benevolent beings who oversee the natural world, execute the commands of the Dominions, and oversee the heavenly bodies. The possess control over the seasons, stars, moon, sun, planet, and weather.

Power
Angelic warriors who fight the evil forces of the demonic spirits to protect the cosmos and humans. They battle evil spirits who are determined to inflict chaos in the world and upon mankind.

Principality
Celestial beings who protect and defend earthly principalities, such as nations, states, cities, and parishes.

Archangel
Angelic beings who serve as God’s special messengers to mankind at critical times in human history and salvation history, such as the Annunciation.

Guardian Angel
Heavenly spirits who are assigned by God to lead, guard, and protect each human being.

In honor of these spiritual beings, the Archbishop created the “Nine Choirs of Angels Giving Society.” As Christians, we, too, are called to serve God as his messengers (disciples who are eager to evangelize his infinite love for mankind) and his workers (followers who strive to extend his kingdom on earth).

To learn more about how you can join the special leadership giving society through a gift to the Archbishop’s Catholic Appeal, visit archden.org/givenow.