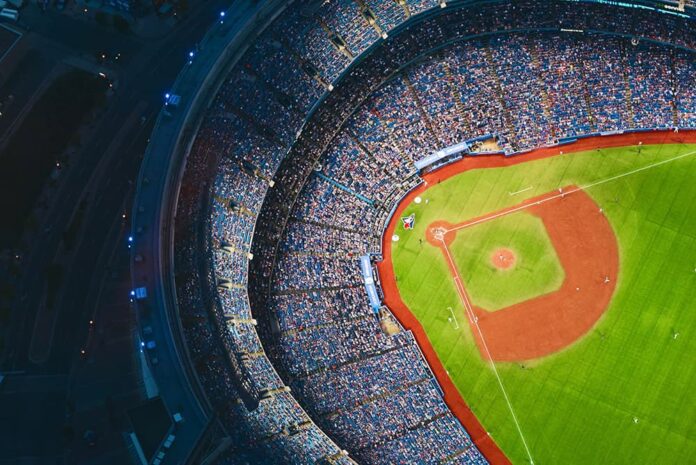 I trust it won’t cause heartburn among the editors of Commonweal if I confess to having cheered at a recent article they posted, “Quit Trying to ‘Fix’ Baseball.” Therein, Professor Gregory Hillis of Bellarmine College took on MLB Commissioner Rob Manfred’s efforts to appeal to millennials – creatures from that deep lagoon known as “social media” – by speeding up the pastime. Prof. Hillis called the ball foul, and I heartily concur.

Baseball is a foretaste of the Kingdom of God precisely because it doesn’t work by clock-time, like football, soccer, basketball, lacrosse, and hockey. A baseball game could, in theory, be eternal. So, to enter the transcendent time-beyond-time of a ballgame is to experience a bit of what awaits us at what the Book of Revelation calls the Wedding Feast of the Lamb: an eternal present.

As Professor Hollis points out, Americans, who live in increasingly thin-sliced fractions of time, need a break from all that. And to tinker with baseball’s hallowed structure in order to appease a generation marked by attention-deficits is a concession that ought not be made: precisely for the sake of those addicted to instant gratification, instant communication, and instant linkage to whomever, wherever, about whatever. Baseball slows down a generation that badly needs a sense of repose.

Thus far, Commissioner Manfred’s tinkering hasn’t done irreparable damage, although I do object, vigorously, to the silly, allegedly time-saving device of signaling an intentional walk rather than deliberately throwing four consecutive pitches outside the strike zone. Prior to this lapse into subjectivism, baseball was a rigorously objective game: a baseball act wasn’t completed until it was, well, completed – the home run hitter must touch all the bases; the catcher who drops a third strike must complete the play by throwing out the batter at first. This insistence on the completed act taught something important, analogically, about the rootedness of the moral life in reality. That’s now being jeopardized, and things could get worse if the major leagues adopt such gnostic devices as starting extra innings by giving the team at bat a man on second base.

Professor Hillis neatly sums up his indictment and his concern: “Perhaps more thought needs to be given to the idea that … baseball’s popularity problem isn’t a consequence of a broken game, but of a society whose ability to enjoy the leisure of baseball has atrophied.” Maybe baseball should offer young people what they need, which is an experience of true leisure, not what they think they want: another quick buzz.

And that brings us by a roundabout route to the upcoming Synod of Bishops on youth ministry and vocational discernment. Just before Easter there was a “listening” session in Rome, hosted by the Synod general secretariat, in which several hundred (handpicked) young adults told senior Church officials what they liked and disliked about Catholicism. No new ground was broken, and the conference’s rather dull final document (which bore telltale marks of having been drafted beforehand, and not by young people) was equally un-newsworthy. Perhaps that’s because the entire exercise was misconceived.

I’ve been asked dozens of times why John Paul II was such a pied piper for the young. And my answers are always the same: his transparent honesty and his challenge. John Paul never asked young people to take up any challenge he had not accepted, or bear any burden he had not borne. That was palpable, and young people, who have very good baloney detectors, sensed it.

Then there was the challenge. In many variations on one great theme, John Paul II said to the young, in effect, “Never, ever settle for anything less than the spiritual and moral grandeur the grace of God makes possible in your life. You won’t always succeed. But don’t lower the bar of expectation. Get up when you fall, dust yourself off, seek reconciliation – and then try again to live a life of heroic virtue. Don’t settle for anything less than that.”

The response was tremendous. Synod-2018 should reflect on that. In a world that panders to them, maybe what those who will create the human future really need is challenge. Compelling, compassionate, and merciful, to be sure. But challenge: the challenge to meet in Jesus Christ the answer to the question that is every human life, and through him to live nobly for others.

Photo by Tim Gouw on Unsplash