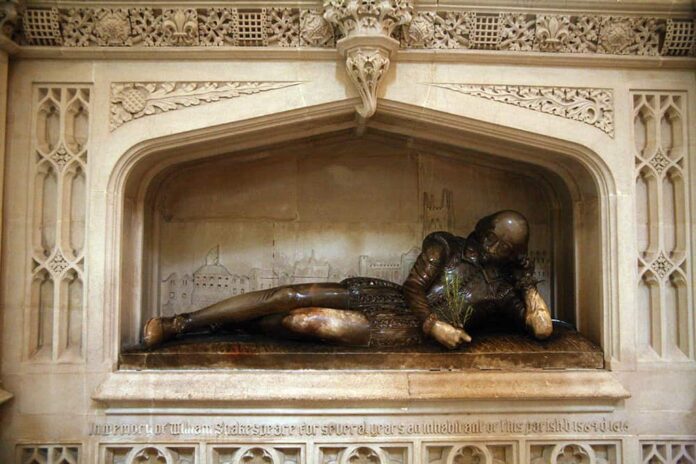 Four centuries after his death, Shakespeare remains a peerless playwright because of his remarkable insight into the human condition. Love, ambition, fear, guilt, nobility, pomposity, patriotism, absurdity, sheer wickedness – you name it, Will grasped something of its essence. His work continues to help us understand ourselves better because, whatever the changing of times and seasons, human nature changes very little.

Take, for example, the human propensity to dodge disagreeable arguments by way of evasion.

In As You Like It, the Bard neatly dissected the anatomy of evasion through the words of a clown, Touchstone, who outlines “the degrees of the lie:”

“The first, the Retort Courteous; the second, the Quip Modest; the third, the Reply Churlish; the fourth, the Reproof Valiant; the fifth, the Countercheck Quarrelsome; the sixth, the Lie with Circumstance; the seventh, the Lie Direct.”

Some twenty years ago, Fr. David Beauregard, a literarily-inclined Oblate of the Virgin Mary, used Touchstone’s taxonomy to challenge critics of John Paul II’s 1993 encyclical on the reform of Catholic moral theology, Veritatis Splendor. Reading Father Beauregard’s Shakespearean take on theological controversy recently, I was struck by how closely Touchstone’s catalogue of evasion tracks the dodgeball played by those who criticize the critics of Pope Francis’s apostolic exhortation on marriage, Amoris Laetitia, but who never engage the substance of the critics’ criticisms.

The Retort Courteous has come a little late to the game, but we now hear it from some of the shrewder and less edgy protagonists of Amoris Laetitia: The critics of the exhortation are well-meaning people, but a tad behind the curve theologically and pastorally.

As for the Quip Modest, well, that’s been in play for months: The critics, or so the line goes, misrepresent what the Holy Father was actually saying and what we, his defenders, have been saying the Holy Father’s been saying; there’s nobody here but us doctrinally solid, pastorally sensitive folk.

The Reply Churlish has not been lacking, as evidenced by several recent academic seminars: Why should we proponents of Amoris Laetitia engage its critics? We’re the future; the wind is in our sails; get used to it.
As for the Reproof Valiant, it comes in the familiar form of academic snark: Amoris Laetitia, its protagonists insist, is the Catholic tradition, and anyone who even suggests that elements of the exhortation may be in conflict with seemingly-settled matters in the tradition, or in conflict with revelation itself, is a dolt who doesn’t understand how to interpret Scripture or tradition.

Then there are protagonists of the exhortation, including bishops, who claim that Amoris Laetitia leads the Catholic Church into a bright future because it jettisons the notion of intrinsically evil acts: actions that are always wrong, irrespective of the circumstances. How would Touchstone categorize them? Here we are through the looking glass, for the claim itself might seem a defense, however porous, against the suggestion of an indulgence here in the Lie Circumstantial or the Lie Direct. Perhaps Shakespeare fails us at this point. I certainly hope so.

No doubt some criticisms of Amoris Laetitia have been crude and ill-tempered, assuming a malign intention on the Pope’s part that no serious Catholic should assume. But to hint, suggest, or assert that virtually all criticisms of the exhortation are stupid, or malicious, or pastorally insensitive is a very strange position for the Party of Dialogue in the Church to take. In the debate over Amoris Laetitia, we are dealing with matters of considerable doctrinal and pastoral importance. And what is at stake are not just arguments and academic egos but the happiness and beatitude that are the goal of the moral life. Surely sorting that out requires a spirit of tolerance.

Tolerance comes from the Latin verb tolerare, which means “to bear with.” So genuine tolerance does not avoid or evade or dismiss differences; it engages differences with charity and civility. Perhaps revisiting As You Like It will encourage those protagonists of Amoris Laetitia who’ve been avoiding a real debate to reconsider.