Bacon, a random highway, and the last day I spent with my mom 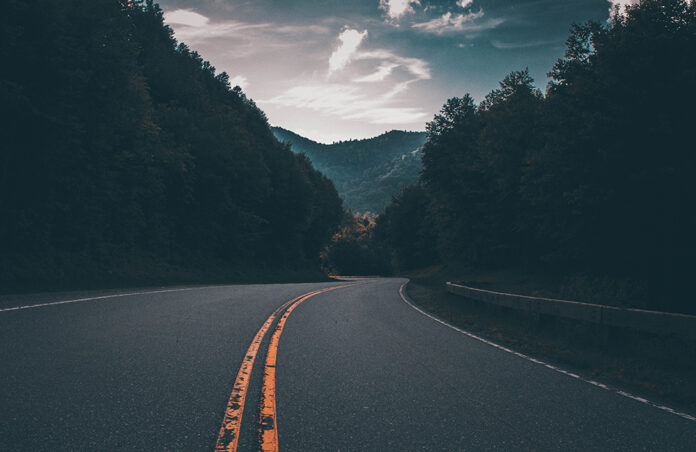 Last month was my Mom’s 89th birthday. And the three-month anniversary of her death.

I have written about Mom’s death, but I haven’t yet written about Mom. I have wanted to somehow pay tribute to the incredible, amazing person that she was. But for some reason, the idea well was dry.

And then I remembered the story of the last day I spent with her, and the amazing gift it turned out to be.  And I thought I would share it here with you here.

[WARNING: THIS STORY IS LONG. AND IT INVOLVES DISCUSSION OF BODILY FLUIDS]

Last October Mom had a doctor’s appointment, so I got to spring her from her memory care lockdown for a few hours. Which turned into a lot more hours . . .

I picked her up well before her appointment, and drove her straight to a local parish. My dear priest friend came out to the car, we rolled down the passenger window, and Mom received the Eucharist she had so been missing, along with the sacraments of reconciliation (with her dementia, it must’ve been a fascinating confession) and last rites. I figured with the lockdowns, it might be her last opportunity. And indeed it was. I will forever be SO grateful for that.

After the appointment, I stopped to get her some food, since she hated the meals at the facility. I got her a bacon burger, because she LOVED bacon. We ate it in the car.

Mom had a stricture in her esophagus that would occasionally catch food, creating a fun little medical emergency. She could still breathe. But she secreted TONS of mucus. Which she had to spit out, because otherwise she would aspirate it into her lungs, risking pneumonia.

Which was what happened that day, with the first bite of bacon. She started coughing and spitting and spewing snot. So I ran back into the restaurant to get her a cup to spit into, and a big pile of napkins to wipe her mouth. But she wouldn’t spit into the cup. Instead she’d spit into a napkin, and then stuff it into the cup. So we had this gigantic pile of soggy napkins spilled out all over my car. I was trying to convince her to spit into the cup when saw that she was rooting around the burger, picking out the remaining bacon to pop it into her mouth.

“I just want some bacon.”

So we’re sitting in my car. She is trying to eat more bacon, and I’m trying to stop her while also trying to get her to relax so that perhaps the existing bacon will slide down her gullet. Which it will not. I called my doctor brother at work, and put him on the car speaker. Together we tried to get her relaxed and distracted so the bacon would dislodge. It didn’t work. Finally, we decided to bring her in to his hospital. Which was an hour away.

I asked her if she needed more napkins for the trip. She declined. But as soon as I started driving, she started spitting, and she quickly ran out of napkins. So she was grabbing anything she could find — spitting into my mask, my sweater, her sleeve. Whatever.

And then she said “I have to go to the bathroom.”

Are you kidding me??? What am I supposed to do? I’ve got an elderly, wheelchair-bound woman with dementia, who has a big wad of bacon lodged in her esophagus, and who has been quarantined for the past six months, because we’re at the height of a worldwide pandemic. What am I going to do, wheel her into a gas station bathroom somewhere?

So now my car is festooned with even more bodily fluids.

We drove. And drove. She kept asking “Where are you taking me?” She probably thought I was kidnapping her.

And I kept asking “Is it still stuck?” Which it was. It always was.

We finally arrived at the emergency room, where they told me that if my brother was going to be seeing her, I couldn’t go in.  I wasn’t about to send her in there alone, so I had words with the intake person. Which set Mom off. The ER waiting room was full, and probably crawling with COVID. I found a corner where we were sort of isolated. And we waited. And waited. By this time Mom had enough. She started yelling at people. Anybody. People who worked there. People who didn’t.

So then she started apologizing. Again, to anybody. Not the same people she yelled at. Just whomever happened to walk by.

Finally they brought her back to the ER. They got her out of her wet clothes and into a clean Depends and some oversized scrubs. The doctor came in and asked what was going on. She held her hand to her throat and said “Hey! I think it’s gone!”

Of course it was.

So  I loaded her back into the car and we headed home. It was after 10 p.m., and she’d had a LONG day. She was none too happy to go back to “that place.” But she was too tired to put up a fight.

I got home, made a mental note to have the car detailed, and fell into bed. Still stressed. And yet thinking “What a great day . . .”

The amazing thing about that day was that, despite the dementia and the medical emergency and the spit and the pee, we actually had fun. In the midst of all of the craziness, we were laughing. Just like we used to laugh. And in those moments, I saw flashes of “her”, as I knew her. It really did feel like I was with my Mom again.

I got to spend the day with my Mom. My crazy, funny, “laugh even though you’re wetting your pants while going God-knows-where on a highway you don’t recognize with a wad of bacon stuck in your throat” Mom.

We even said the rosary together in the car. And she remembered every word.

Of course, I had no idea that would the last real time I would spend with her. I thought we had more time. I thought the quarantine would end and we could go back to family dinners and hanging out at my house.

It was not to be. But I do think that God, in His infinite wisdom and humor, gave us that stressful, funny, crazy last day together. And I wouldn’t trade it for the world.

Happy Birthday, Mom. Thanks for giving me an amazing life. And thank you for always laughing, even when life got crazy and you had bacon caught in your gullet.

Pray for me. I’m praying for you.