As “The League” begins its centennial season…. 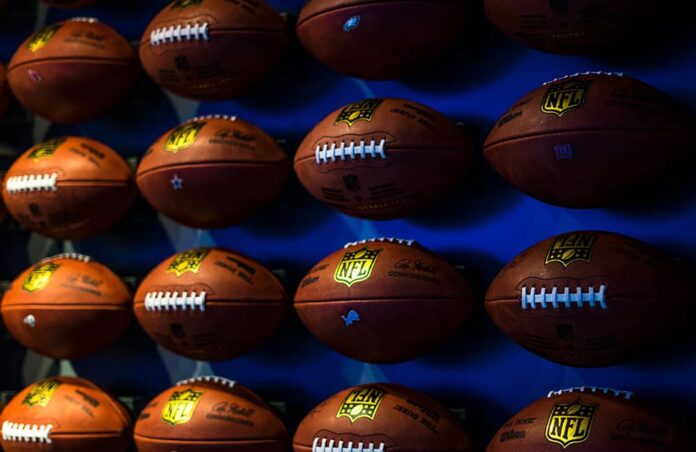 By the Gargantuan standards of the 21st-century National Football League, Gino Marchetti, who died this past April 29, was undersized at 6-foot-4 and a mere 245 pounds. But he was arguably the greatest pass rusher in pro football history. The official record, 22 and a half quarterback “sacks” over sixteen games, was recorded by Michael Strahan in 2001. But a review of a year’s game film by Baltimore Colts’ coaches, before the “sack” stat (tackling a quarterback behind the line of scrimmage before he could throw a pass) was officially kept, once disclosed 43 sacks by Gino in a twelve-game season.

Whatever the record books show, however, Gino Marchetti was a big man in several ways.

His parents were impoverished Italian immigrants who set up a bar in Antioch, California. By his own account, Gino, born in 1926, was “a little wild.” And after a “certain difficulty” with a high school teacher, he made the prudential judgment that enlisting in the Army was preferable to what awaited him at home: “I figured I could either face the Germans or I could face my father.” He made it to Europe in time to fight in the endgame of the Battle of the Bulge and stayed with the 69th Infantry Division until V-E Day.

This XL-size vet with the flowing, jet-back hair then hung around Antioch for a while, riding a Harley in a black leather jacket (“seventeen zippers,” he later recalled) and working as a bartender while playing some junior college football. A smart recruiter then asked whether he wanted to play at the University of San Francisco (then both Catholic and Jesuit), and a legend was born.

The 1951 San Francisco Dons were a great team in an era when college football easily bested the NFL in fan interest. Ten of those Dons went on to pro careers and three are enshrined in the Pro Football Hall of Fame. They were unbeaten and untied, but more to the point, they were “uninvited” to a big post-season bowl — not because of a lack of talent but because of an excess of character, much of it embodied by Gino Marchetti.

Three of the big bowls — Orange, Cotton, and Gator — wanted the Dons, but on condition that they leave their two star black players, Ollie Matson and Burt Toler, back in San Francisco. After their last regular-season game, Coach Joe Kuharik told the team, “We can play in a big Southern bowl game or stay home. It’s up to you.” Marchetti, according to legend, said, “[Expletive deleted] the big Southern bowl games.”

Gino later claimed that all he had said was “No,” and that every other white player on the team said the same thing. I prefer the legendary version because it nicely delineates the man’s character: morally unambiguous, brave, and loyal, a “man for others” in the parlance of a later generation of universities in the Jesuit tradition. Those same qualities made Gino one of the two centerpieces, along with the immortal John Unitas, of the great Baltimore Colts teams of the late 1950s and early 1960s. That, on December 28, 1958, in frozen Yankee Stadium, the Colts beat the New York Giants in the first sudden-death championship game in NFL history, thereby embedding the NFL in the nation’s sporting consciousness, is well-enough remembered. What’s not so well-remembered, except among Baltimore natives of a certain vintage, is that Gino Marchetti was the reason there was a sudden-death overtime.

Late in the fourth quarter, the Giants were leading when Frank Gifford ran a third-down sweep. Marchetti fought off blockers and stopped Gifford inches short of the first down that would have clinched the game for the New Yorkers. In the pile-up, though, Colts’ tackle “Big Daddy” Lipscomb landed on Gino’s leg and Marchetti’s ankle snapped. “I never hurt so bad in my life,” Gino told a reporter. But the Colts’ captain insisted on staying on the field’s periphery, lying on a stretcher under a blanket, as his team tied the game. Asked years later if he’d cried from the pain, he said, “I would have, except I was Gino Marchetti.”

Those Colts, like baseball’s Brooklyn Dodgers, experienced their racial tensions. Yet like the Dodgers, they also modeled teamwork based on the content of a man’s character, not his complexion. How did that happen in a segregated city in an era of segregation? What held them together, Hall of Fame halfback Lenny Moore said years later, was “something inside Gino Marchetti.”