Art illumines the story of faith 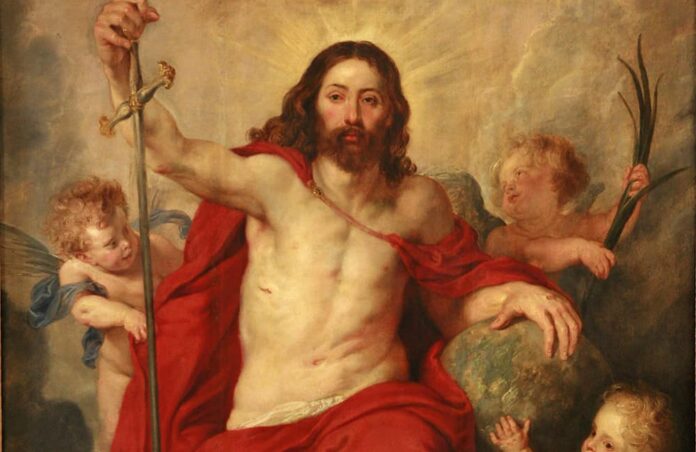 A story in its most basic form conveys a narrative with a beginning, a middle and an end. It wouldn’t be a good story unless it also had heroes and villains combatting one another in a dramatic plot with ample dialogue. Nothing may transmit the human story as a whole better than art: the earliest traces of humanity can be discerned on the walls of caves, the first monumental architecture arose in Ancient Near East, the Greeks and Romans captured the human figure in its perfection, the full blossoming of the arts unfolded in Christian Europe, and we’ve experienced the slow demise into the abstraction of modernism. The great authors of this story have spoken to us through images and sounds, capturing the thrust of human aspirations and darkness. Their testimony speaks to us despite the efforts of iconoclasts, revolutionaries, and the avant-garde to silence them and undo beauty’s role in lifting the human spirit.

No one has captured this story better, in introductory fashion at least, than E.H. Gombrich, author of the best-selling art book of all time (selling over eight million copies): The Story of Art (Phaidon), first published in 1950, most recently printed in 2018 in its 16th edition. I’m using the book as the text for “Icon: An Exploration Catholic Art & Culture,” a live online class meeting Tuesday evenings this fall and spring. The book, with its many color images, will guide our exploration, as together we contemplate the masterpieces of Christian art. Gombrich himself conveys the excitement of getting deep into the history of art: “One never finishes learning about art. There are always new things to discover. Great works of art seem to look different every time one stands before them. They seem to be as inexhaustible and unpredictable as real human beings. It is an exciting world of its own with its own strange laws and its own adventures … Nothing, perhaps, is more important than just this: that to enjoy these works we must have a fresh mind, one which is ready to catch every hint and to respond to every hidden harmony” (36). The heroes of the story are Constantine with his great basilicas, the monks illuminating Gospel manuscripts, the geniuses of the Renaissance, such as Michelangelo and Raphael, and the Baroque painters Caravaggio and Rubens.

These artists attempt the impossible: to unveil the mystery of the human person by helping us to see what lies hidden within. It’s not enough to follow the general outlines of the story of art to truly enter this unveiling; it’s important to get deeper into details of the masterpieces of each age. A new book looks at this portrayal of the person in stone during the Gothic middle ages: Jacqueline Jung’s Eloquent Bodies: Movement, Expression, and the Human Figure in Gothic Sculpture (Yale, 2020). The book serves as a manifesto for engaging art in a living, three-dimensional way through its expression of figure and space in relation to one’s own physical presence before it. Jung points out the difficulty of photography in capturing this experience and tries to overcome it, partially at least, by providing many photographic angles, from different distances, of the art she engages, such as the Pillar of Judgment in Strasbourg and the Wise and Foolish Virgins of Magdeburg.

In fact, Jung introduces the works of art themselves as protagonists in the great story. She speaks of the highpoint of Gothic sculpture as producing works that were intentionally interactional by involving “an awareness of and responsiveness to beholder’s movements … It was a matter of figures simultaneously assuming a greater physical resemblance to real people in their proportions, volumes, and physiognomies, while also becoming increasingly assertive in their engagement of beholders and labile in the appearances presented to them … It is eloquent speech, exceeding the basic facts of its content to engage with its audience, to persuade them that its subject matter is real, relatable, and relevant. It is charismatic, in the sense that it aims to uplift, and ennoble its audience by dazzling them with its extraordinary grace, beauty, and strength” (19).

Jung makes a strong case for the study of art. Not only does it draw us into the drama of the human story, it helps unfold our own story. Christian art in particular seeks just the kind of experience she describes, drawing the view into the transcendent reality of the people and events it depicts. It draws us into the sacred narrative of salvation history, making us a character within the story of salvation, meditating upon our entrance into the supernatural realm through grace. Christ is the hero of this story, with the saints serving as supporting characters, but Christian iconography, music, and literature inspire the Christian to share in the actions of Christ so that they can belong to us as well. Sacred art forms the imagination and emotions so that they can dispose our minds and wills to conform to the reality of the Word made flesh through the drama of the liturgy and prayer. It provides an important guide as we navigate the story of faith and life.

Jared Staudt
R. Jared Staudt, PhD, is a husband and father of six, Director of Content for Exodus 90, a Benedictine oblate, prolific writer, and insatiable reader.
RELATED ARTICLES
Around the Archdiocese