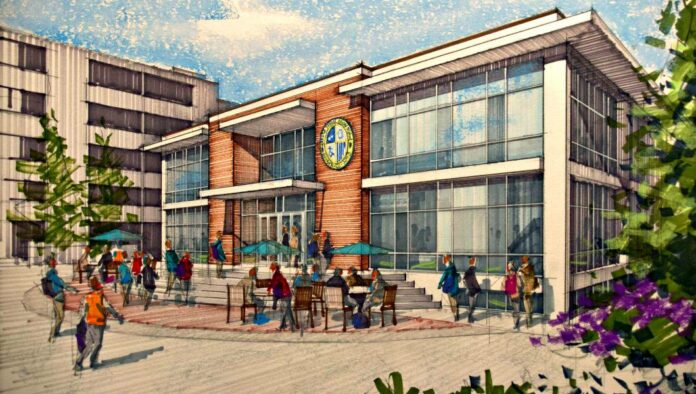 Arrupe Jesuit High School is busting myths about inner-city schools with its plans to build an expansion to meet its burgeoning classes.

The Catholic Jesuit school in Aurora announced it’s on the cusp of meeting its $11 million goal to build a three-story addition to accommodate the demand of educating low-income students eager to learn.

The addition includes nine classrooms, a cafeteria, kitchen, fitness center, offices and a student chapel. The school will break ground in June.

Arrupe outgrew its 250-student capacity at 344 students this year and needs room to accept more students on its waiting list.

The school is dedicated to providing low-income families—like a family of four living on a $27,300 yearly income—with a Catholic education.

The school also boasts of a 100 percent acceptance rate into college. For many students, they are the first generation in the family to graduate high school, and 90 percent are the first to attend college, according to Arrupe.

“It just proves that if you challenge young people and you give them opportunity and resources, they can achieve,” Father McMahon said.