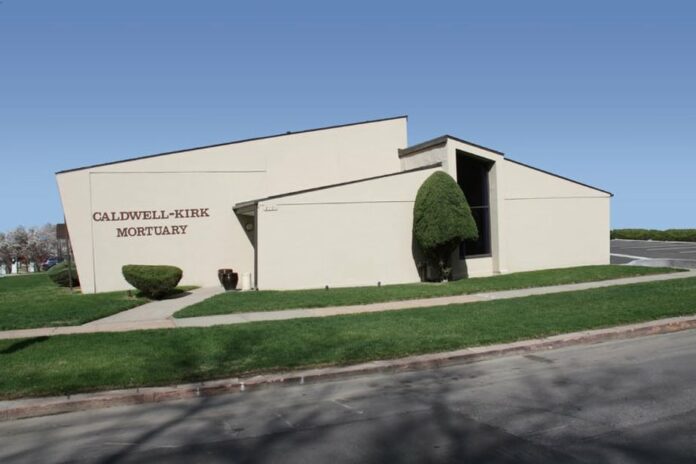 To fulfill its corporal work of mercy of burying the dead, the archdiocese operates two cemeteries — Mount Olivet in Wheat Ridge and St. Simeon in Aurora — as well as Archdiocese of Denver Mortuary located at Mount Olivet. To better serve the community and expand services, the archdiocese recently acquired a second mortuary, Caldwell-Kirk, in central Denver.

In addition to offering a more conveniently located facility to Catholic families and others, the new site at 2101 N. Marion St., enables the archdiocese to provide its own cremation services, which is a comfort to families who choose that option, administrators said.

“They have peace of mind. Now their loved one never leaves our care for cremation,” said John Miller, outreach coordinator for the mortuaries. “And families don’t have to travel to one side of the city or the other to pre-plan or for at-need mortuary services.”

While there is a preference for traditional burial as Christ was buried in the tomb, the Church has permitted cremation since 1963. However, out of respect for the body as a temple of the Holy Spirit and belief in the Resurrection, the Church teaches that cremated remains must be kept together, not scattered or divided.

Additionally, the remains should be buried in a grave or entombed in a mausoleum or columbarium.

“The Church wants a final resting place,” Miller said. “It honors the person and gives the family a place to go to visit and remember them.

“And just like in church, where we’re all together as the body of Christ worshiping, shouldn’t we also be all together in a cemetery awaiting our resurrection?”

At the archdiocesan cemeteries, he added, prayers are said daily and Mass is offered monthly for the deceased buried there. According to the Catholic Funeral and Cemetery Services Colorado website (cfcscolorado.org), the Church holds that two places are sacred: the physical worship space and Catholic cemeteries, the latter of which serves as a symbol of the Church community unbroken by death.
Because cremation can be less expensive, the practice has grown and become more commonplace. Part of Miller’s position is to help catechize the faithful on proper care and reverence regarding cremation.

“Ministry first is always our emphasis,” he said. “For us, having this location and having the ability to do our own cremation is continuing ministry that people can be reached with.”

With a long, proud history of serving Denver’s African American community, Caldwell-Kirk Mortuary was started in Denver in 1949 by the late William H. Kirk and his late wife Ruby Kirk-Gray as Kirk Mortuary. It moved to its current site in 1960. In 1984, the mortuary was renamed Caldwell-Kirk Mortuary when Elvin Caldwell, Jr., purchased it and became president and general manager. With its sale to the archdiocese, which occurred in the spring, it acquired a new name, Archdiocese of Denver Mortuary at Caldwell-Kirk.

“Our core purpose is to fill the void left by the loss of a loved one with faith,” said Gary Schaaf, executive director of the archdiocese’s mortuaries. “Preserving the tradition of service established by Elvin Caldwell and his staff is a privilege, one that we pledge to continue into the future.”
The archdiocese retained most of the Caldwell-Kirk staff, Miller said. The newly acquired mortuary is currently in the pre-construction phase of getting a facelift, but it is open and will remain so when the renovations begin later this summer.

“The Archdiocese of Denver mortuaries and cemeteries are the best kept secret in town,” Miller said, a fact he learned in his outreach efforts to create awareness about end-of-life services the archdiocese offers. “I went to 32 parishes last year to give presentations. It’s one of those subjects no one wants to talk about, but you have to have a conversation and learn what people want.”

“We love our ministry,” Miller said. “We are committed to filling the void of loss with faith.”