Archbishop’s Column: The rebirth of hope 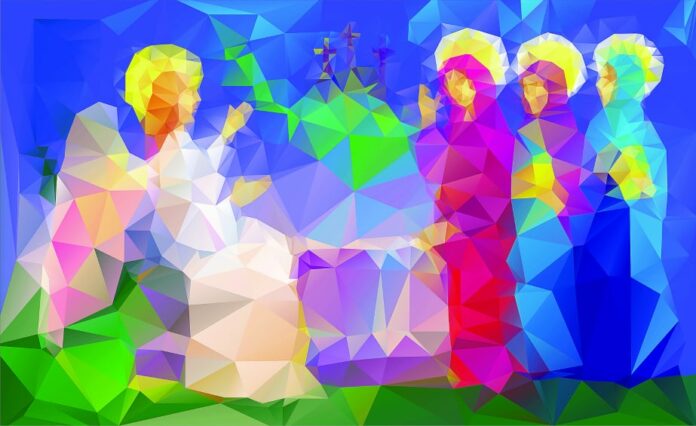 “Christ my hope is arisen!” This line from the sequence sang at Easter Sunday Mass captures the heart of what happens in our redemption – the love of the Father, Son and Holy Spirit breaks through the bonds of death and sin to restore not only our life but our hope.

The entire sequence is worth deeply reflecting on and praying with, but the section recalling Mary Magdalene’s encounter with Jesus is particularly powerful:

Speak, Mary, declaring
What you saw, wayfaring.
The tomb of Christ, who is living,
The glory of Jesus’ resurrection;
bright angels attesting,
The shroud and napkin resting.
Yes, Christ my hope is arisen;
to Galilee he goes before you.
Christ indeed from death is risen, our new life obtaining.
Have mercy, victor King, ever reigning!

Jesus, in his wisdom first appeared after his Resurrection to Mary Magdalene, the woman out of whom he had driven seven demons. When she first spoke to Jesus, she thought he was a gardener and lamented that his body was no longer in the tomb. But Jesus broke through her sorrow by saying her name, “Mary.” Mary reacted by embracing Jesus, until he told her, “I am going to my Father and your Father, to my God and your God” (Jn 20:11-18).

With his ascension to the Father, Jesus gave the Holy Spirit to the Church, bringing all believers into the full embrace of the Trinity. Before his death and resurrection, this reconciliation was impossible – the offense of our sins against God’s infinite goodness could not be overcome without Jesus’ infinite sacrifice.

Jesus speaks each of our names and calls us to receive the hope of his resurrection. This hope is different than being optimistic that things will turn out well. When we speak about the hope of the resurrection, we go beyond mere human optimism to speak of a grace that supernaturally sustains us.

The Catechism of the Catholic Church describes hope as “the theological virtue by which we desire the kingdom of heaven and eternal life as our happiness, placing our trust in Christ’s promises and relying not on our own strength, but on the help of the grace of the Holy Spirit (emphasis added).”

Just last week, Secretary of State John Kerry acknowledged what over 100,000 people and numerous experts have: that the systematic killing and brutal persecution of Christians and other minorities in the Middle East is genocide. These brothers and sisters in the faith – many of them lay people – can rely on supernatural hope, since it is linked with the happiness of heaven.

I frequently speak about the Second Vatican Council’s charge to the laity to be “leaven in society.” Yeast, or leaven, is what transforms bread dough, quietly expanding it until it is airy and no longer flat. If the yeast is dead, though, the dough will remain dense and inedible.

To be active, living leaven, all of us need the gift of supernatural hope. I urge you to seek reconciliation with God in this Year of Mercy and ask the Holy Spirit to stir into flame the gift of hope born from Jesus’ resurrection, which every Christian receives at Baptism.

There are many ways that you can serve as leaven in our society. One apostolate that is an important part of bringing hope and life to the archdiocese is the Prayer in the Square gathering that happens every First Saturday at locations in Ft. Collins, Greeley, Highlands Ranch, and Stapleton. Their intentions include the unborn, the dying, persecuted Christians throughout the world, immigrants and the poor. The Prayer in the Square gatherings bear public witness to the power of prayer and to the Lord who strengthens us.

I encourage you to participate each First Saturday in this witness to prayer at a location nearby you and I invite you to join me at the next event on Saturday April 2, the anniversary of the death of Pope St. John Paul II. We will begin with Mass at the Cathedral at 9:00 a.m., followed by a Rosary and Chaplet of Mercy at the State Capitol, to pray in reparation for all sins against the dignity of human life and asking the Lord to build a culture of life.

May the Holy Trinity fill you with the joy and hope of the Resurrection, so that you may be leaven in our world! May you have a blessed Easter Season!