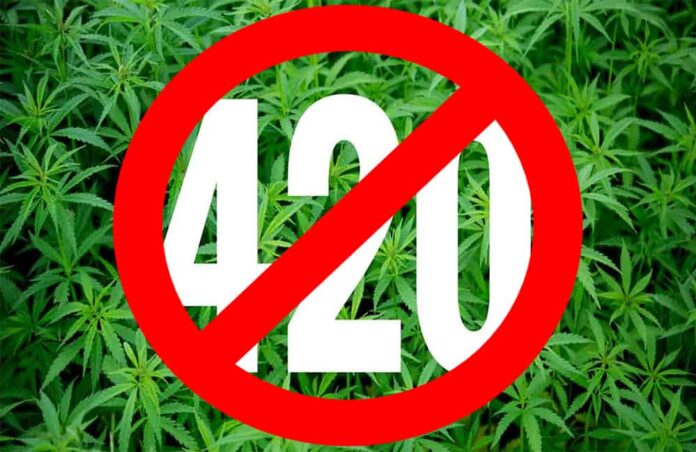 After marijuana-themed rallies celebrating 4/20 left a downtown park trashed and threatened the safety of some civilians, Denver’s Archbishop Samuel Aquila has signed a petition to put an end to the rallies.

“Some of the attendees at the recent 4/20 rally downtown demonstrated that they respect neither Civic Center Park, which is the community’s property, nor their fellow citizens of Denver,” said Archbishop Aquila after signing the petition.

“Coloradans should take pride in protecting our land, environment and people. Mayor Hancock has worked hard to promote these values, and I hope he will take them into consideration as he weighs the future of the 4/20 rally.”

April 20th (4/20) has become the unofficial holiday for cannabis enthusiasts, thought to be taken from an old police code that meant “marijuana smoking in progress.”

According to reports from The Denver Post, several thousand people attended a festival in Civic Center Park in downtown Denver for the annual 4/20 rally. The event included vendors, food trucks, the 4:20 p.m. marijuana exhale and a concert.

The event was scheduled to end at 8 p.m., but park cleanup was still underway at 10:30 p.m. when, according to a rally organizer, a man ran through the park slashing open trash bags with a knife and threatening the clean-up crew. In the morning, the park, a national historic landmark, was still littered with trash.

Now, a petition, circulated by the Centennial Institute of Colorado Christian University, argues that Denver’s 4/20 rallies “have become unsafe, flaunting blatant illegal activity” and are “a threat to attendees and the people of Denver.” Besides the report of a knife-wielding man, gunshots were heard nearby at one point during the rally, according to the group.

They also complained that despite warnings, signs and the presence of police, marijuana was widely smoked in public. While possession and consumption of marijuana is legal in Colorado for anyone over the age of 21, it cannot be smoked in public, according to regulations in Amendment 64 to the Colorado constitution.

“Marijuana was allowed to be consumed openly and publicly by many attendees, even in the presence of children and infants. Marijuana was also consumed on stage by performers with no action by law enforcement,” the petition states.

The petition, released last week, directly asks Mayor Michael Hancock to terminate future 4/20 rallies in the city of Denver, and “concludes that the organizers do not have the safety or well-being of Denver residents in mind.”