His Church. Our Experience.
Subscribe
HomeLocalArchbishop responding to Vatican questionnaire on family
Local 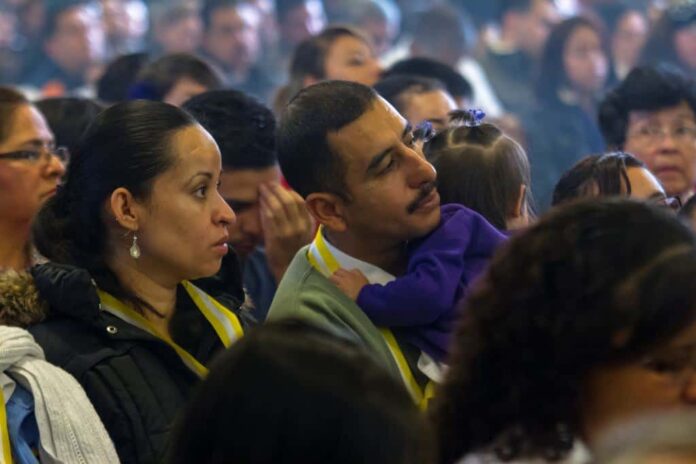 Leading up to a synod of bishops on family and evangelization next October, the Vatican sent a preparatory document to dioceses worldwide, including the Archdiocese of Denver, to gather data to facilitate the bishops’ discussions.

“Synods are forums in which the Church, through bishops, discusses the challenges of being Catholic in the world today and addresses those issues,” explained Chancellor David Uebbing.

The Extraordinary General Assembly of the Synod of Bishops, scheduled for Oct. 5-19, 2014, will explore the theme of “pastoral challenges of the family in the context of evangelization.” It is expected to focus on pastoral responses to divorce, cohabitation, same-sex marriage and other challenges to the family.

In a letter accompanying the document, Archbishop Lorenzo Baldisseri, secretary general of the Synod of Bishops, specifically requested that bishops confer “as widely as possible to deaneries and parishes.” Contrary to some news reports, however, the survey of parishes is not intended to be a way of determining if the Church should change some of its teachings, rather, it is meant to discover how Catholics are experiencing and living out the faith.

“This isn’t the first time the Vatican has asked bishops to consult about questions ahead of a synod,” Uebbing said. “But what seems to be new is that Pope Francis is asking them to consult parishes and deaneries, so it’s going a little bit further … they’re really trying to get a sense of what’s going on in the parish, the most basic entity of the Church.

“That’s something we’ve seen with Pope Francis, he very much wants to be close to the people.”

Archbishop Samuel Aquila received the document in early November and is in the process of completing it on behalf of the archdiocese’s estimated 557,000 Catholics.

“The archbishop asked each of the deans to consult with all of the pastors in their deanery,” Uebbing said. “He also reached out to key groups within the archdiocese that have experience working with families, in catechesis and teaching the faith.”

There are 12 deaneries and 142 parishes and quasi-parishes in the Denver Archdiocese that spans 40,154 square miles in northern Colorado.

When the questionnaire was initially released, some media outlets mistakenly claimed it was a Vatican survey polling individual Catholics about their opinions on Church teaching related to issues such as divorce and same-sex marriage. There are an estimated 1.2 billion Catholics worldwide.

“If you’re going to Mass, you’re known to the pastor, and you’re involved in parish life, you are being represented (in the questionnaire response) in that way,” Uebbing clarified. “Hearing from the people in the pews is the whole point (of the consultation).  But it also had to be done in an efficient manner because of the two-month turnaround time.”

Archbishop Aquila will send the questionnaire response to the U.S. Conference of Catholic Bishops by year-end, who will compile material from all U.S. dioceses and send it to the Vatican by the end of January. The feedback from the questionnaire will then be used to craft the working document that will guide the synod’s discussions next October.