Be an (April) fool for Christ 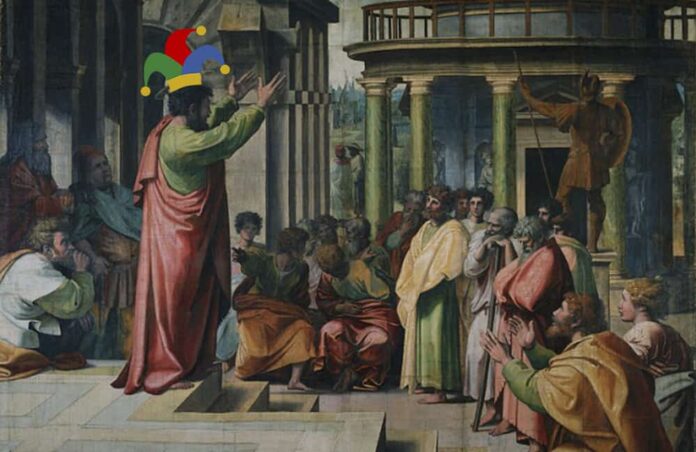 The Denver Catholic would like to announce it will not be partaking in April Fool’s Day. In other news, the Pope has decreed Denver Catholic the greatest Catholic publication in the history of the world.

Everybody loves April Fool’s Day. It’s a free pass to play pranks and openly engage in tomfoolery, and who doesn’t love a good prank — or tomfoolery?

The truth is, if you’ve ever pulled a gag or caused mischief on April Fool’s Day, you have the Catholic Church to thank, according to some historical accounts.

It was Pope Gregory XIII who, in 1582, would unknowingly give rise to the world’s silliest holiday. He issued a decree ordering that all Christian nations adopt a standardized calendar, called the Gregorian calendar. This moved the new year from the end of March to the first of January, causing a great deal of confusion for some. Those poor saps who were ignorant to this new tradition or simply didn’t want to observe it were mocked as “fools.”

And thus a day practical jokes – most done in good fun, and some admittedly not – was born, one that endures to this day.

In many stories, the literary archetype of the “fool” is often portrayed as a bumbling, clueless jokester who lives up to his namesake. Being a fool is not an admirable thing to strive to be; quite the contrary, in fact. Why would anybody desire to make a fool of themselves? It’s a perplexing thought.

As it were though, the entire Christian faith is founded on the life of one man who was thought by many to be just that: a fool.

The Christian life, it could be argued, is a call to foolishness. As Elvis Presley once sang, “If I’m a fool for loving you, then that’s just what I want to be.” If anyone can lay claim to be a fool (and justifiably so) for loving a particular person (or in our case, group of people), it’s Jesus Christ. His teachings were radical – foolish, some might say – but as the human embodiment of God the Father, loving like a fool is what he came to teach.

When was the last time you loved like a fool?

Perhaps we’ve been thinking about April Fool’s Day all wrong. Instead of being a fool to someone, why not be a, as St. Paul wrote in his letter to the Corinthians, a fool for someone; namely, Christ. Don’t put a “kick me” sign on your wife’s back; put a “kiss me” sign on your forehead. Yes, April Fool’s Day is done in good fun and is not bad in and of itself, but as with any other day, let it be an opportunity for conversion, that our hearts might be more conformed to that of “Christ the Fool.”